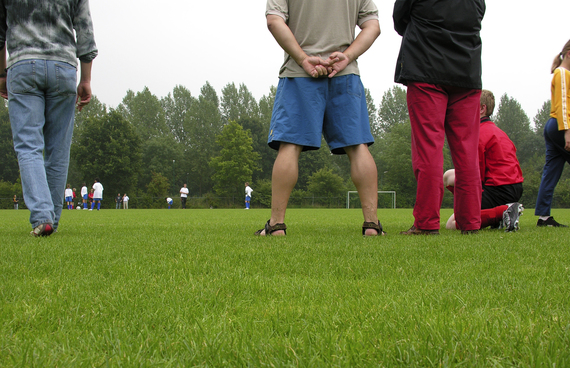 In virtually every community in America, there is a standard procedure whereby each school district has a superintendent who oversees the complete school system. This superintendent, in many cases, will have a doctorate in education and guidelines they must follow under statewide rules. They are usually hired by the board of education in the district and go under an annual review to make sure they are doing a good job. Why? Because superintendents deal with the well-being and education of lots of young people within their respective districts. Parents wouldn't have it any other way.

Now, let's compare that to the youth sports scene in the same school district.

Using my son-in-law Tim as an example, let me suggest a comparison to what goes on in the world of youth sports in Tim's community.

First of all, Tim has never had any training in the area of youth development. As a matter of fact, he is a plumber by trade. Tim has an 8-year-old son who plays baseball and because Tim is a great guy, he has been elected by the board of directors in his son's league to be the league president. Mind you again that Tim has no experience in child development and only became part of the league because his son is playing baseball.

In a game like baseball, as in other sports, there are all types of concerns that Tim will face such as safety; making sure that those coaching are doing so in the best interest of the kids; how to deal with injuries; addressing the needs of parents; the list goes on and on, which Tim will find out about in due time.

Now, since the same kids go to the same school where Tim's youth league exists, the question is: Why is the superintendent who is dealing with these same children required to have a significant background in education and yet Tim has no requirement?

The natural tendency is to say, "This is just kids' sports. You can't begin to compare this with a kid going to school!"

But I beg to differ. Whether we want to admit it or not, youth sports are really about education. Our organization says that sports are the outdoor classroom whereby young people are learning a host of life lesson and they are not always good lessons. Too often, instead of those lessons being about abiding by rules, they turn into "it's okay to cheat, as long as we don't get caught." Or instead of it being about perseverance and never giving up the lesson is, "stay in there and play, I don't care how bad you are injured. Just shake it off!"

There have been national standards developed for youth sports leagues that give people like Tim guidelines to follow and adhere to so that sports leagues can be just as good an experience as going to school. Granted, Tim won't be as equipped as his local superintendent of schools but by Tim and his board of directors following the "National Standards for Youth Sports" the kids in his program might just have a much better education while in the "outdoor classroom."

Founder and president of the National and International Alliance for Youth Sports (nays.org); Author of 'Unsinkable Spirit'