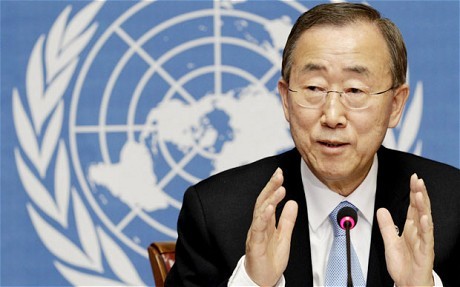 Re: International Campaign for the Immediate Release of Narges Mohammadi from the ‎Islamic Republic's Prison ‎

We urge the international community to demand the immediate release of Narges ‎Mohammadi, a prominent political prisoner, from the notorious Evin prison in Tehran, Iran. ‎We are seriously concerned about Mohammadi's health due to the denial of proper ‎medical care, while the authorities of the theocratic regime refuse to provide any ‎information about her condition. Recent reports point at her weakened health following ‎several days of wet hunger strike, which she started on June 27th to protest her jailors' ‎refusal to grant her phone contact with her children. Mohammadi suffers from pulmonary ‎embolism and crippling muscle disease, which combined with her hunger strike under ‎these difficult conditions pose a serious threat to her life.‎

Mohammadi, the former spokesperson of the now banned Defenders of Human Rights ‎Center (DHRC) and the winner of the 2011 Per Anger Prize for Human Rights Initiatives, ‎was first arrested in 1998 for her criticism of the theocratic regime in Iran. She was ‎summoned to the Islamic Revolutionary Court for her membership in the DHRC, released ‎on bail, and rearrested within days. ‎

In July 2011, Mohammadi was prosecuted again and found guilty of "activities against the ‎security of the Islamic Republic, membership in the DHRC and propaganda against the ‎regime'. She was subsequently sentenced to 11 years of imprisonment before being ‎temporarily released following the international community's outrage at her imprisonment. ‎‎ In May 2015, Mohammadi began serving a six-year sentence for charges that include ‎‎'spreading propaganda against the system' for her human rights work. This year, a new ‎trial was held where she was sentenced to an additional 10 years for forming a group ‎against the death penalty.‎

We appeal to your high office and the international community to join our campaign for the ‎immediate and unconditional release of all prisoners of conscience. Iranians across the ‎political spectrum appreciate your tireless efforts in support of various human rights ‎initiatives. It is with an emphasis on the principles of the Universal Declaration of Human ‎Rights and a non-violent solution for the future of Iran that we formed the Iran National ‎Council for Free Elections in 2013. Our ultimate vision is to hold free, fair and transparent ‎elections in our beloved homeland. This vision requires the moral support of the ‎international community for the unconditional release of all prisoners of conscience.‎

We thank you sincerely for your consideration and offer our unqualified assistance on this ‎urgent matter. ‎
Yours sincerely, ‎