It was all about the boys last night at GQ's Men Of The Year party in Los Angeles.

Men Of The Year honorees Jay-Z, Jimmy Fallon, Justin Timberlake and Michael Fassbender looked dashing as a slew of celebrities gathered to fete them.

Deemed this year's "king" by the men's magazine, Jay-Z was of course asked where his Queen Bey was on such an exciting night. Sadly the superstar singer stayed home--a night filled with boys and booze probably isn't the mommy-to-be's definition of fun at the moment.

And when asked how his wife was doing, Jay-Z smiled and replied "fantastic."

Jay-Z should try to get as many nights out on the town as possible--very soon his evenings will be filled with changing diapers, which he told GQ he is "one hundred percent" ready for.

Until then, here's a look at the dapper rapper and others at the party. 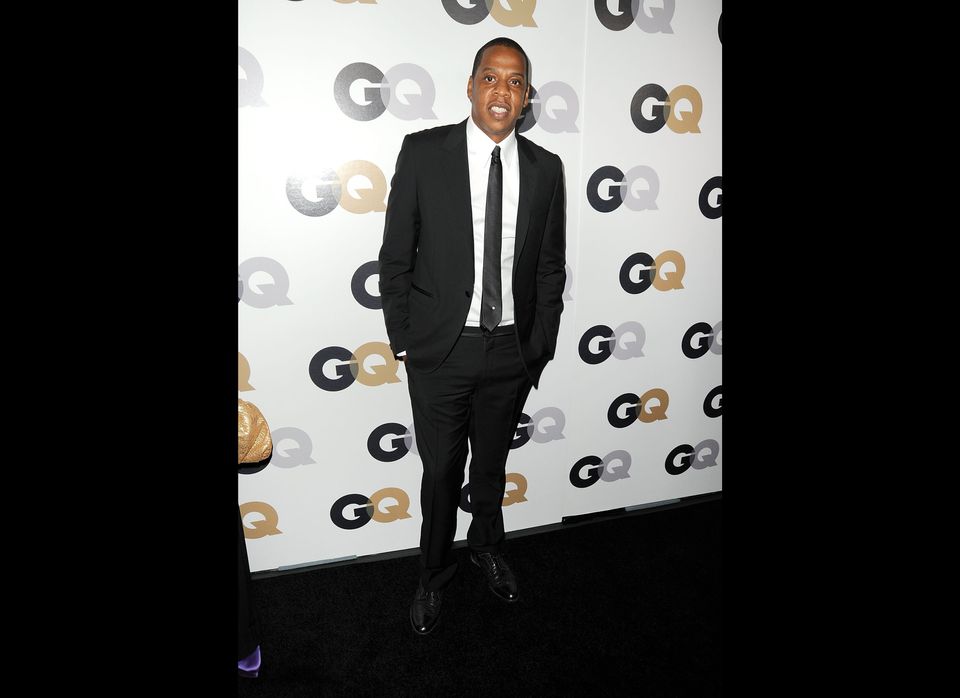