Jennifer Lopez proved she could throw a punch in her 2002 film "Enough." But if you were ever wondering what the actress/singer/mogul would look like in real, traditional boxing gear, well, V magazine is here to help you out.

But leave it to Carine and Lopez to put a provocative twist on a basic sports-themed shoot with a strategically placed... bulge. As Robin Givhan describes in V:

When given her choice of groin protectors -- those daunting don't-mess-with-me-anatomical cups-- in black (the men's version) or red (the women's), she preferred the men’s style. “I thought it was more graphic,” [Lopez] says simply.

Was it that straightforward, really? A woman in full-blown menswear even now has an added element of strength. A cross- gender image in boxing garb suggests a heightened sense of self-assuredness, power, and swagger. “It did make me feel tougher,” she admits.

It's certainly more distracting. Once you notice it, it's kind of hard to see anything else... which we're guessing is what Carine and Mario were going for.

See the spread below and read Givhan's interview with Lopez at VMagazine.com or in the new issue itself, hitting newsstands on Thursday. 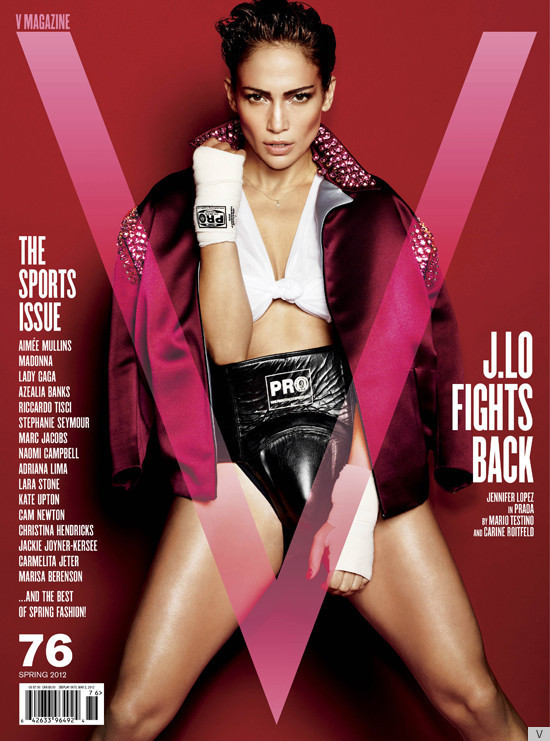