On August 11, 1988, in Peshawar, Pakistan, Osama bin Laden and a few trusted associates gathered in a room and created the terrorist network known as Al Qaeda. In attendance were Saudis, Egyptians, a Palestinian... and an American, who jotted down notes. Americans have always played important roles in Al Qaeda and other Islamist terrorist organizations, although rarely reaching the very top echelons.

Today, Al Qaeda's Americans number among the world's most wanted terrorists, devoting their lives to the work of military jihad in Pakistan, Afghanistan, Somalia, Yemen and beyond. Here's a look at some of the most interesting and significant American jihadists at large in the world today.

For a deeper exploration of the hundreds of Americans who have taken up the banner of jihad over the past 30 years, check out "Jihad Joe: Americans Who Go to War in the Name of Islam," in bookstores now. 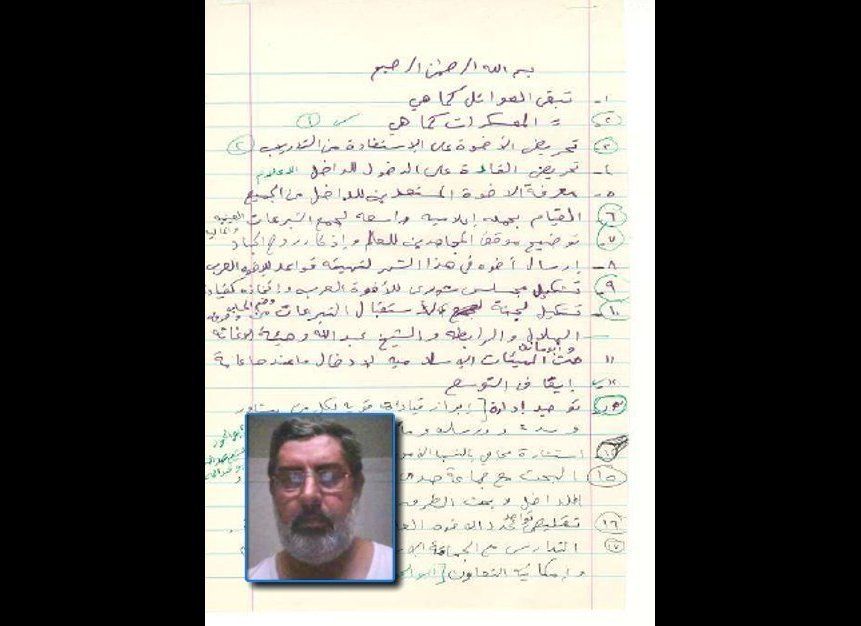 1 / 7
Mohammed Loay Bayazid
On that fateful day Al Qaeda was created, a Syrian-American from Kansas City took notes on lined paper and created a document that would live in history. Then in his late 20s, Mohammed Loay Bayazid was the first American member of Al Qaeda and served in the organization for several years to come. He is alleged to have tried to purchase uranium for Osama bin Laden during the early 1990s, a charge he denies. After September 11, Bayazid spoke with the FBI from Sudan. He has since said he retired from Al Qaeda years ago and would like to return home to the United States. Bayazid is shown here with the document he authored, the minutes of Al Qaeda's very first meeting.