Jodi Ellen Malpas is the number one, New York Times best-selling author of the This Man and One Night trilogies. Her character, Jesse Ward, from the This Man series became an instant alpha-male archetype in the erotic-romance genre and catapulted her into the public eye. Her latest novel, The Protector, is her first standalone and releases this week.

MW: What was your life like before you started writing romance? Was it difficult to be thrust into the spotlight with the incredible success of the This Man series?

JEM: Before This Man went crazy, I worked for my father doing an office role within his construction business. It wasn't really me, though it was a natural progression in my life and my father offered me flexibility around my young family, which was invaluable as a working mother of two boys. The success of This Man was very unexpected and very fast. I was thrust into a world that I knew very little about, and it was quite daunting. It was incredibly hard to balance my old life with my new life, especially since I was in an unhappy marriage and I knew my success would be blamed if I were to find the courage to break away from it. Which, of course, it was, but I've fast learned to grow a thick skin and not keep others happy, at the expense of my own happiness. Life is too short. 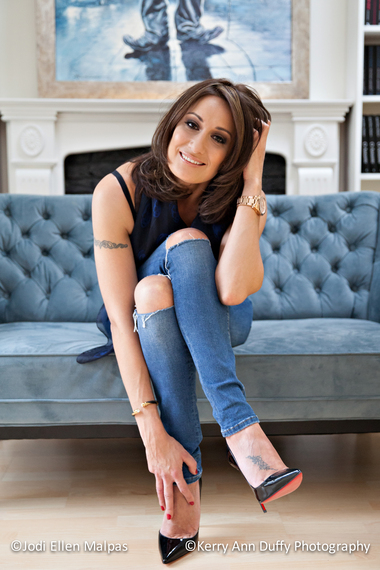 MW: Jesse Ward became an instant book boyfriend for many readers, an archetypical alpha-male in the romance-erotica genre. What was it like for you to have readers respond so intensely to your character?

JEM: Honestly, I was quite stunned. I wrote This Man in secret, mainly because I was worried about what people might think if they knew what my imagination was capable of. I didn't think anyone would ever read about him, so I didn't hold back at all. He's controlling, dominant, unreasonable...but sexy as sin. The fact that so many women fell in love with him spoke volumes about women's desire and fantasies, and it made me realize that I'm not alone. It was a huge confidence boost for me.

MW: I remember reading you joke about your grandmother reading This Man. Do your friends and family read your books?

JEM: My grandmother (Nan) is a little sassy, to say the least. She'll stand in the book aisle just so she can tell someone that her granddaughter wrote 'that' book. My mother, however, won't go near them. She maintains that I'm her little girl and she'd like it to stay that way. She's more of a biography type, anyway, and my father doesn't really read at all.

MW: Can you tell us about your writing process? Do you have any rituals? What does starting a new story look like for you? Outlines? Inspiration boards?

JEM: I make notes in a journal. Lots and lots of notes. My journals are a mess of scribbled words, but it all makes sense to me. I tend to write the skeleton of the story from beginning to end, and then go back through to enhance the scenes, build chapters etc. Every author has 'their' way, and this is what works best for me.

MW: This is your first standalone novel, how is the process different from doing a series? Will we see any more of this couple?

JEM: It was very different in the sense that I didn't have to forward think as much as I did when writing the trilogies. Remembering specific details that I wrote in book number one of a series when making reference to it a few hundred thousand words later was sometimes a brain burner! The continuity was much harder to keep stable when I wrote This Man and One Night. With The Protector, I found that my writing process flowed much better as I wasn't interrupted as much by going back to cross-reference things. I never thought I would be able to start and finish a story in one book, but it happened so naturally with Jake and Cami. 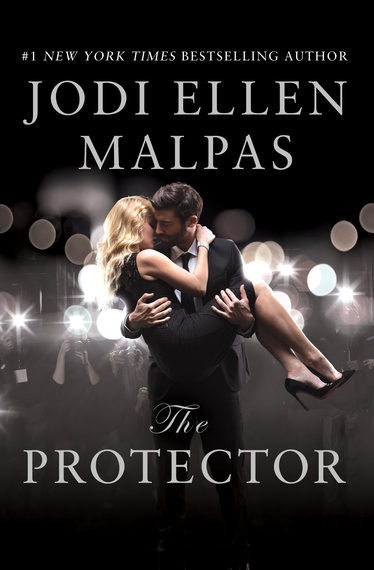 MW: What inspired you to write Camille and Jake's story? Did writing Jake's difficult past take a lot of research?

JEM: My inspiration was spiked by one single photograph in a glossy magazine. The picture was of a famous celebrity being tailed by her 'hot' bodyguard, and the press were trying to analyze their body language. It fascinated me so much, because I found myself wondering if there was anything other than a professional relationship going on. This in turn triggered the story of The Protector. The hardest thing for me was researching post-traumatic stress disorder and doing it justice in Jake's character. It definitely made me appreciate on a deeper level what so many ex-soldiers face daily after returning from war.

MW: Jake is a complex character with a dark and dangerous past (he's an ex SAS sniper) can you tell us how he's different from your other much beloved alphas, like Jesse Ward and Miller Hart?
What about Camille? She seems like she'd be the typical spoiled heiress, but there's a lot more to her.

JEM: Jake's different from Jesse and Miller on so many levels, yet also similar. For one, they are all alpha men, but Jake carries more of a roughness with it. He's an ex sniper, for a start, so he was hands-on in his job and he also has a very unhealthy attitude towards women. He survives on Jack Daniels, sex and work to keep him distracted from his demons. And whereas Jesse and Miller actively pursued their women, Jake tries his hardest not to go there. He's his own worst enemy, really.

MW: If you weren't writing novels, what do you imagine you'd be doing?

JEM: I've no doubt, in reality I'd still be sitting behind a desk in my dad's office.

MW: What's coming next from you? Anything you can share or maybe give us hint about?

JEM: The next book to release after The Protector is another standalone, though I can't share the title just yet...as it doesn't have one! There's quite a funny story behind how I came to write it, though. So I was really poorly last year after a routine operation on a hernia went wrong. Just my luck! I was bleeding internally after I was sent home, to the point I lost consciousness and was rushed to hospital. It was all very traumatic apparently. I don't remember much of it! I ended up in hospital for a week, having numerous blood transfusions as I'd lost so much, and was put on strict bedrest for weeks after I was discharged. I mean strict. I literally couldn't move because they needed the blood to clot to stop the bleeding, and movement could dislodge the clot, which would result in me having to be cut open. Nice! So my mum being all motherly rang my agent to let her know, and they plotted together to make sure I did what the doctor said, because they know that I'm not very good at doing nothing. My laptop was confiscated. I was gutted. What they didn't know about was my travel laptop, which came swiftly out from under my bed. And I wrote a story. When I sent it to my agent, she went mad at me... and then she forgave me, because it's her favourite of everything I've written so far. Happy days!

You can read more about Jodi and her work at http://www.jodiellenmalpas.co.uk/the-protector/
or on Amazon at https://www.amazon.com/Jodi-Ellen-Malpas/e/B00DJATUQS/ref=sr_ntt_srch_lnk_1?qid=1473113268&sr=1-1