A prominent and respected Connecticut priest has been indicted along with four other men in an alleged plot to sell crystal meth.

The U.S. Attorney's office claims that Wallin sold shipments of methamphetamine to an undercover cop six times between September 2012 and January 2013. Wallin is believed to have received the meth from California.

Wallin had been pastor of the St. Augustine Parish in Bridgeport, Conn., for nine years, before stepping down last summer, according to NBC.

On Jan. 16, the Diocese of Bridgeport released a statement in response to the indictment. The statement called Wallin "a gifted, compassionate and accomplished priest," and said that his arrest and indictment by the grand jury both shocked and concerned his colleagues.

Apparently, the Monsignor had gone on sabbatical prior to stepping down as St. Augustine's pastor. During that time, he stopped talking with his Diocese, worrying his fellow priests.

"As a result, his faculties for public ministry were suspended in May 2012, and he has not been reassigned," the Diocese of Bridgeport's statement read. "To date, he has not spoken directly with diocesan officials, though the Diocese stands ready to help as it has throughout the past two years. We ask for prayers for Msgr. Wallin during the difficult days ahead for him."

During his long career as a priest, Wallin, 61, served as pastor of St. Peter Parish in Danbury from 1996 to 2002 and was an aide to Bishops Walter Curtis and Edward Egan, according to The Connecticut Post. Egan later became a Cardinal.

Wallin was arrested after a joint task force made up of federal DEA agents and the Connecticut State Police used wire taps, drug buys and surveillance to uncover the alleged drug ring, according to the Post.

"The hard work of the DEA and the Connecticut State Police in this case resulted in the dismantling of what we allege was a significant methamphetamine distribution organization that spanned from California to Connecticut," U.S. Attorney David Fein told the Post.

All five suspects are being charged with participating in a drug distribution conspiracy, according to The Hartford Courant, and all are being held without bail.

If convicted, Wallin faces a minimum of 10 years on the conspiracy charge, plus an additional 20 years on other charges.

The Courant attempted to reach out to Wallin but was unsuccessful. 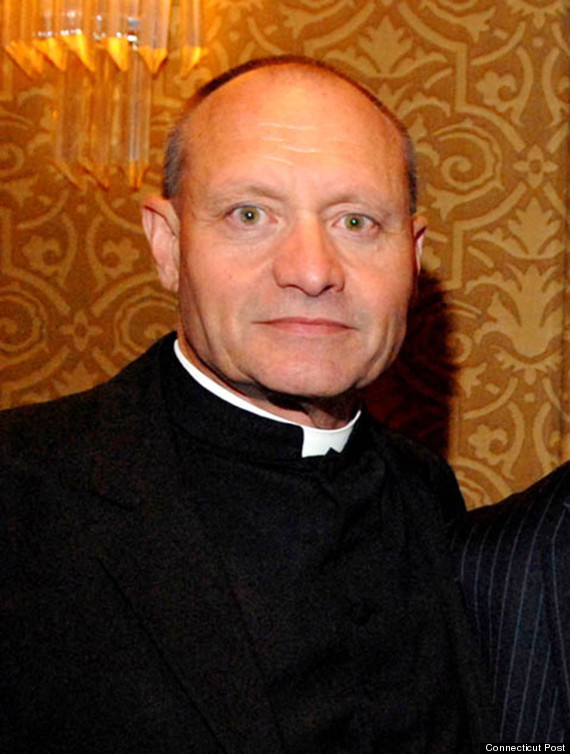