"Can't wait for you to see my costume," she tweeted on the way. "Even cars to go with our theme!"

The two weren't the only comic book characters at the club's dual bash, during which Kim celebrated her 32nd birthday and DJ Laidback Luke threw his "Super You And Me" costume party. Sister Kourtney Kardashian went as Batgirl, her partner Scott Disick was Robin, and pal Jonathan Cheban dressed up as The Riddler (story continues below): 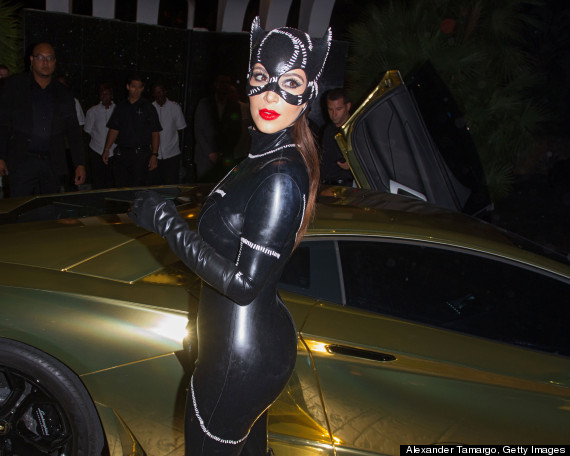 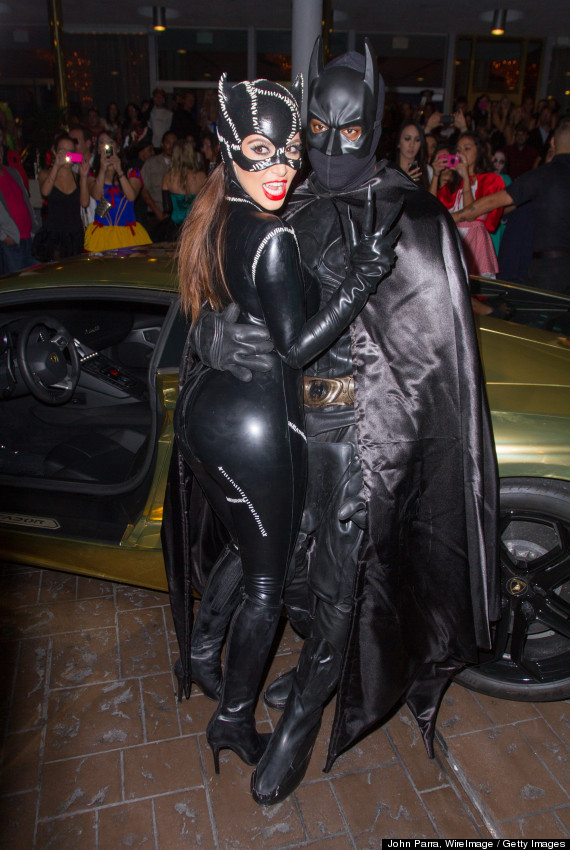 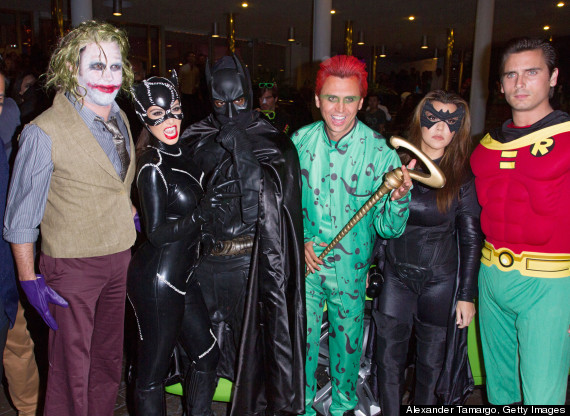 In true more-is-more Kardashian family fashion fashion, the purr-fectly tight costume wasn't Kim's first this Halloween season: she made a splash in New York City over the weekend in a custom-made mermaid outfit. 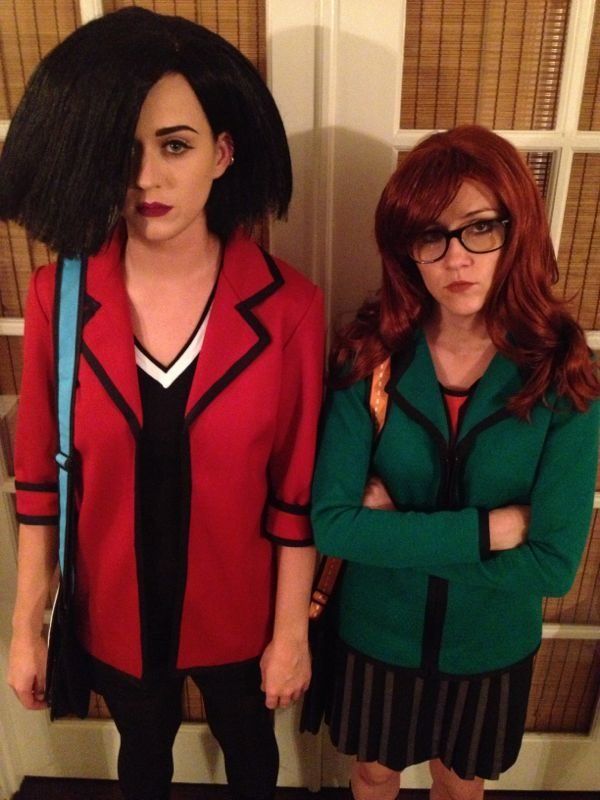