Nobody is more anxious to see Wonder Woman hit big screens as part of the proposed Batman vs. Superman movie than Lynda Carter. An authority on the character after three seasons playing her on television, Carter says "it's time" the Amazonian warrior made her return.

With the blockbuster superhero flick scheduled for release May 6, 2016 (and Fast & Furious 6 lead Gal Gadot cast as Wonder Woman), anticipation has reached fever pitch among fans. Like many, Carter -- who headlines a limited April 9-10 engagement at Yoshi's San Francisco -- has concerns, but not about the actress stepping into her iconic red boots. 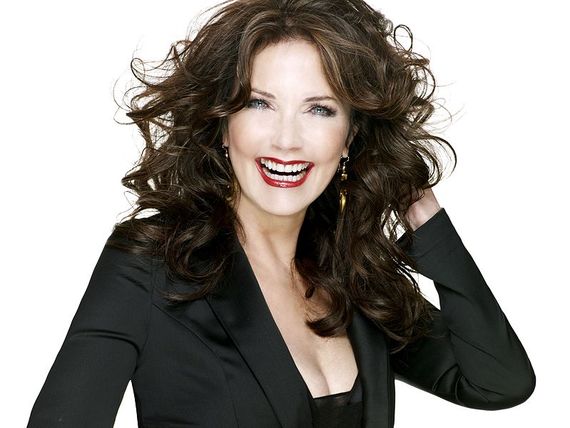 "I'm in her corner," Carter says of Gadot. "I just hope they write well for her!"

Rather than worrying about the star assuming the coveted role, which she played from 1975-1979 while also appearing on a series of TV variety shows, Carter expressed fears about how the character will be scripted. During an interview, Carter shared her thoughts about the long-awaited return of her TV alter-ego.

"I'm very hopeful she embodies the essence of Wonder Woman," she told me over the phone. "It's less about super powers and more about heart and intellect and a sense of right and wrong with a goodness in her.

"Often times, writers really want to take a male superhero and dress him up as a female - and that's just not who she is," Carter said.

Now wait just a minute, girlfriend! I've made a career out of such gender-bending.

"That's a whole different story," Carter said with a hearty laugh. "I'm saying they make Wonder Woman a macho Superman type character -- they make her mean -- and that's not who she is."

Meanwhile, as Wonder Woman prepares for her multiplex comeback, the still-stunning diva looks forward to a return of her own. Having long ago traded her star-spangled satin tights for velvety jazz renderings of pop favorites, Lynda Carter & Her All-Star Band make their way back to San Francisco for a limited engagement at Yoshi's.

Nearly ten years ago, when Carter resumed her music career after self-imposed retirement to raise her children, the Bay Area was her first stop. Now she brings a different show each year. She kicks off her 2014 tour at the legendary Fillmore District jazz club, hitting Los Angeles, Jazz at Lincoln Center and the Kennedy Center after.

"These smaller clubs and venues, it feels so connected," she says of the shows. "You know how sometimes you see a band, and it seems like they're alone onstage with all their inside stuff, and you're just watching? That's not this band at all. We are storytellers."

"One of the reasons I spend so much time with new material is because [fans return]," she says. "They know they're not just going to see the same show again. Every year I bring a new show, and they can depend on that." 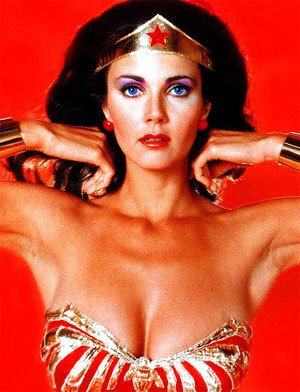 As for the lasting impact Wonder Woman had on her career, even nearly 40 years later, Carter has only gratitude. Fans -- particularly within the LGBT community, she says -- have proven incredibly loyal. And, when it comes to touring, that's a gift she's pleased to receive.

"As a performer, you can be brilliant, but if you're not putting people in the seats - if you're not making the venues money - you won't be going back," she shares. Fortunately, despite admitting she worries before every show, Carter's fans (especially her avid gay following) always show up.

"I always admired Bette Midler and how she got started in the bathhouses," she says, "And I always thought gay fans are the most loyal, wonderful and outspoken people. They're always right out there with you, cheering for you."