A men's rights group that purports to address "the bigotry that is routinely practiced against men and boys in this culture" will hold its first major event next month, even as protesters are fighting for the conference to be cancelled.

A Voice for Men, a site started as a personal blog in 2008 by Paul Elam, is organizing the International Conference on Men’s Issues for late June at a Hilton DoubleTree hotel in Detroit. More than a dozen speakers will address topics ranging from paternity fraud to circumcision to disparities in graduation rates.

"The problem we see is a culture that still puts women first in so many ways, and men come in last," Elam, who is based in Houston, told The Huffington Post. "Whether people want to acknowledge it or not, if you look at the numbers, men come in last every time."

A Voice for Men is one of the most visible and active among many men's rights activism (MRA) sites, video channels and forums for people (including some women) who are involved in the movement. The group asserts that men are oppressed in American society and aims to push back against feminism. Some have criticized MRA for packaging misogyny as promoting equal rights for men. The Southern Poverty Law Center, a civil rights organization, has described men's rights sites as "thick with misogynistic attacks" and "dedicated to savaging feminists in particular and women, very typically American women, in general."

The Detroit men's rights conference comes just after 22-year-old Elliot Rodger killed six people and himself last week in California in a mass shooting near the University of California, Santa Barbara. Prior to the killing spree, Rodger posted a manifesto online that was full of misogynistic statements, explaining the killing was revenge on women for their lack of attraction towards him and suggesting that women not be allowed to choose their sexual partners.

Several outlets have linked Rodger to men's rights groups, and he appears to have posted on a site for men to commiserate about "pickup artists" and allegedly left comments on a bodybuilding site. Elam said those postings are unrelated to his or other MRA sites, and added that Rodger is not involved with A Voice for Men. Elam said both he and his site are committed to nonviolence.

A group of more than a dozen women and men from the Detroit area created an online petition this week calling on Hilton hotel chain DoubleTree to cancel A Voice For Men's conference. They also plan to hold a peaceful march several weeks before the conference.

Kelly Jackson, who is studying culture and gender at Wayne State University in Detroit, initially posted the petition. As of Thursday, it had more than 1,000 signatures.

"As far as we're concerned, it's exactly like hosting any hate group," Jackson told The Huffington Post. "Detroit has already been brought down to its knees by bankruptcy and corruption and hatred, so for the DoubleTree to host a hate group, it's like they're willing to bring Detroit all the way face-down in the mud."

Elam said he welcomes protesters to attend the event.

"Buy a ticket, come in and have a seat and let us help you earn your way out of your ignorance," he said.

MRA groups and their followers have been condemned for anti-woman rhetoric and actions, and the movement has drawn special ire from critics for activism against rape victims. Members of a Reddit board dedicated to men's rights particpated in spamming a college's anonymous sexual assault reporting service, and another men's rights group launched a poster campaign attacking women who submit false rape reports. (False reporting does occur, but is relatively rare, while an estimated 60 percent of sexual assaults go unreported, according to the Rape, Abuse & Incest National Network).

Note: This article contains explicit language that may offend some readers.

I have ideas about women who spend evenings in bars hustling men for drinks, playing on their sexual desires so they can get shitfaced on the beta dole; paying their bar tab with the pussy pass. And the women who drink and make out, doing everything short of sex with men all evening, and then go to his apartment at 2:00 a.m.. Sometimes both of these women end up being the “victims” of rape.

But are these women asking to get raped?

In the most severe and emphatic terms possible the answer is NO, THEY ARE NOT ASKING TO GET RAPED.

They are freaking begging for it.

Damn near demanding it.

And all the outraged PC demands to get huffy and point out how nothing justifies or excuses rape won’t change the fact that there are a lot of women who get pummeled and pumped because they are stupid (and often arrogant) enough to walk though life with the equivalent of a I’M A STUPID, CONNIVING BITCH – PLEASE RAPE ME neon sign glowing above their empty little narcissistic heads.

Elam told The Huffington Post that the post was intended as provocative satire to highlight how, in his opinion, it is impossible to even suggest that women take measures to protect themselves without being attacked for victim blaming.

In the wake of the Rodger shooting, public conversation has turned to the fear of violence women experience daily. People have shared stories of sexism and misogyny on social media using the hashtag #YesAllWomen, based on the idea that while not all men are misogynists, all women experience the effects of misogyny.

For Elam, the issues at stake are wider than sexual assault and violence, though he also thinks that not enough attention is paid to male victims. According to RAINN, one in six American women and one in 33 American men have been the victims of attempted or completed rape in their lifetimes. More than one in three women and one in four men will experience rape, physical violence or stalking by an intimate partner in their lifetimes, according to the Center for Disease Control and Prevention.

"Our culture is gynocentric," Elam said. "It isn't feminists who are being thrown in jail left and right for being unable to pay their child support."

Elam cited a higher suicide rate among men, a higher rate of fatal workplace injuries, higher college graduation rates for women, men's treatment by the justice system, and the rate of sexual victimization of juvenile inmates, among other issues.

Jackson was not surprised by Elam's assertion.

"You're in a space right now where women are finally getting the rights that we deserve, that we should have had all along, and the minute that happens there's going to be a huge pushback," she said.

Elam said A Voice for Men has sold about 70 percent of available tickets for the conference and expects a diverse crowd. The protest is planned for 10 a.m. on June 7, about three weeks before the conference, and opponents will march a short distance from Grand Circus Park in downtown Detroit to the hotel.

Hilton Worldwide spokeswoman Atiya Frederick said in an email to The Huffington Post that DoubleTree and its hotels "do not discriminate against any individual or group."

"Hilton Worldwide strives to operate meeting places for people from all walks of life, regardless of beliefs, race, color, national origin, religion or sexual orientation," she wrote. "The views of our guests do not reflect the sentiment of Hilton Worldwide. … We would like to emphasize that we strive to be an inclusive company and regret if this policy has unintentionally offended any individual or organization."

PHOTO GALLERY
Feminism Since The Suffragettes 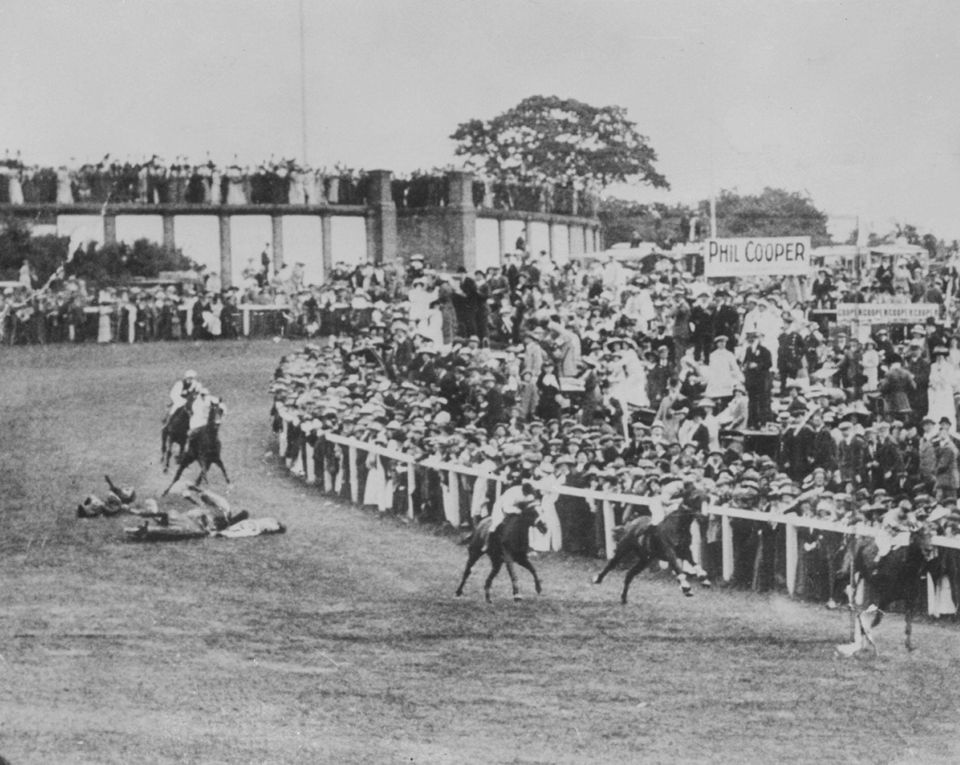 1 / 17
1913 The Death Of Emily Wilding Davison
On June 4, 1913, Emily Davison stepped in front of King George V's horse, Anmer, running in the Epsom Derby, suffering serious injuries that led to her death four days later. Debate has raged in the 100 years since whether she intended to commit suicide, or if she had intended to just pin a 'Votes For Women' banner on the horse. The incident proved to be a precursor to change for women in Britain.
PA