The first ad for Missoni's upcoming collaboration with Target has surfaced, in the form of a picture Tweeted by @MarilynAgencyNY.

The collection -- slated to hit stores September 13 and priced between $7.99 and $199.99 -- was first announced in May by Vogue.com. It's said to include 400-plus items, from clothing "to bed sheets, to enough dinnerware to set the table for colazione, pranzo, and cena," Mark Holgate wrote.

Check out the advertisement below. 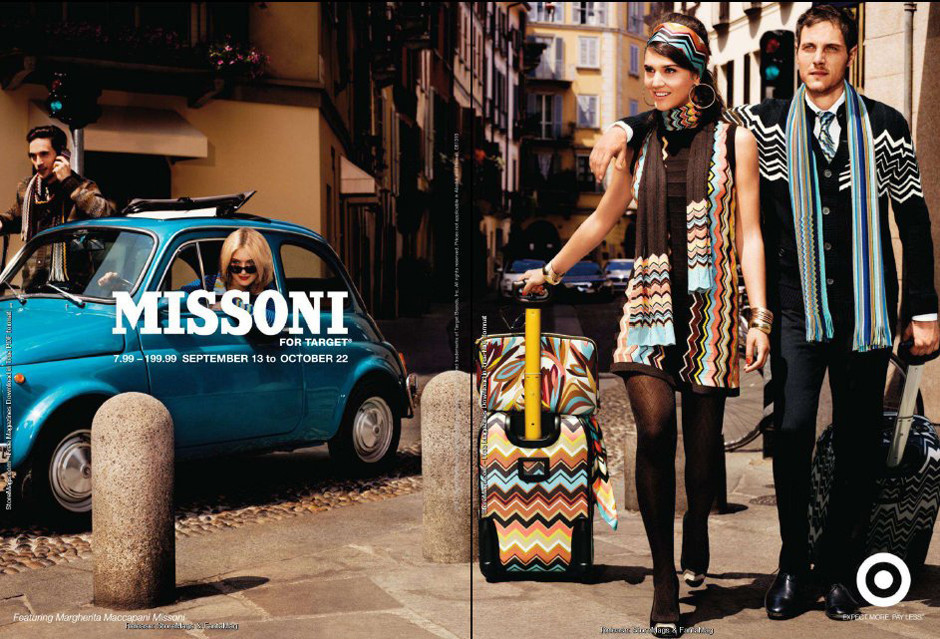