Curiosity killed the cat? Maybe. But one thing's for sure--Mars is slowly killing Curiosity.

That's Curiosity the Mars rover, which earlier this month marked its second anniversary on the red planet. And after enduring two years of blinding dust storms, daily 150-degree Fahrenheit temperature swings, and miles of punishing terrain, the SUV-sized rover is showing its age. Just have a look at the before and after photos below.

Then again, with a planned mission length of only 23 months, Curiosity has already surpassed expectations. And Curiosity met its major mission objective just eight months into its sojourn, NASA says, when it discovered evidence that Mars' environment could have supported life in the past.

In 2012, Pete Theisinger, the Mars Science Laboratory project manager at the Jet Propulsion Laboratory in Pasadena, Calif., told Space.com that Curiosity could conceivably survive five or six years on Mars. But he cautioned that the rover's weak points are its onboard mechanisms (the driving motors and wheels), its batteries, and its onboard nuclear power plant.

If Curiosity does last that long, it won't be the only long-lived rover on Mars. In 2004, the solar-powered rovers Spirit and Opportunity landed on the planet to carry out three-month missions, and they far outlasted their expected lifespans.

Opportunity so far has survived 10 years, traveled 25 miles (the off-Earth driving record), and is still operational. Spirit got trapped in a sand pit in 2010 and is now disabled.

In the photos below, time is given in Mars solar days, or "sols." A sol is about 40 minutes longer than a day on Earth. 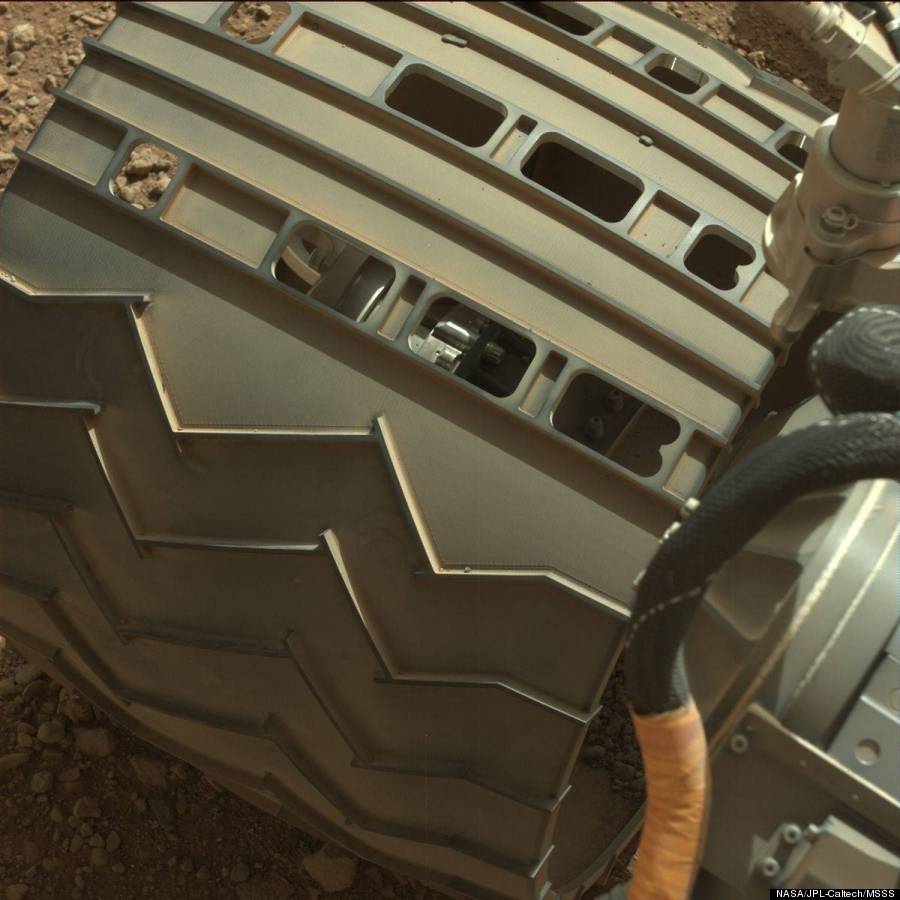 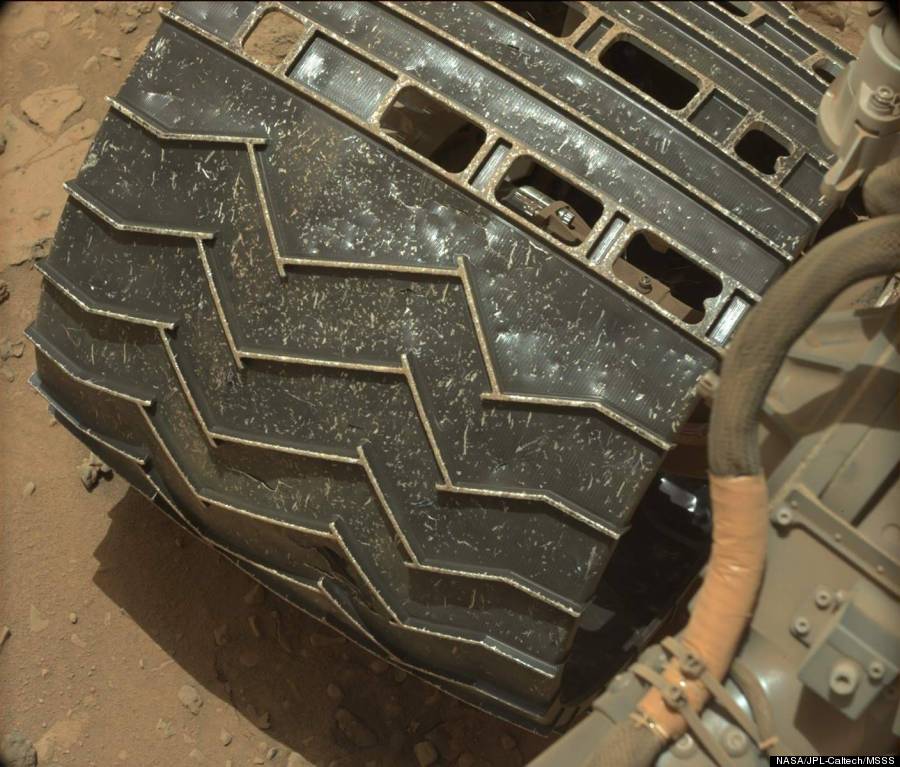 ABOVE: Curiosity's wheels on sol 3 vs. sol 689. The primary cause of the greater-than-expected damage to Curiosity's aluminum wheels is a sharp, unforgiving form of rock scientists have never seen before. The rover's handlers have been forced to steer around the terrain, according to Space.com. 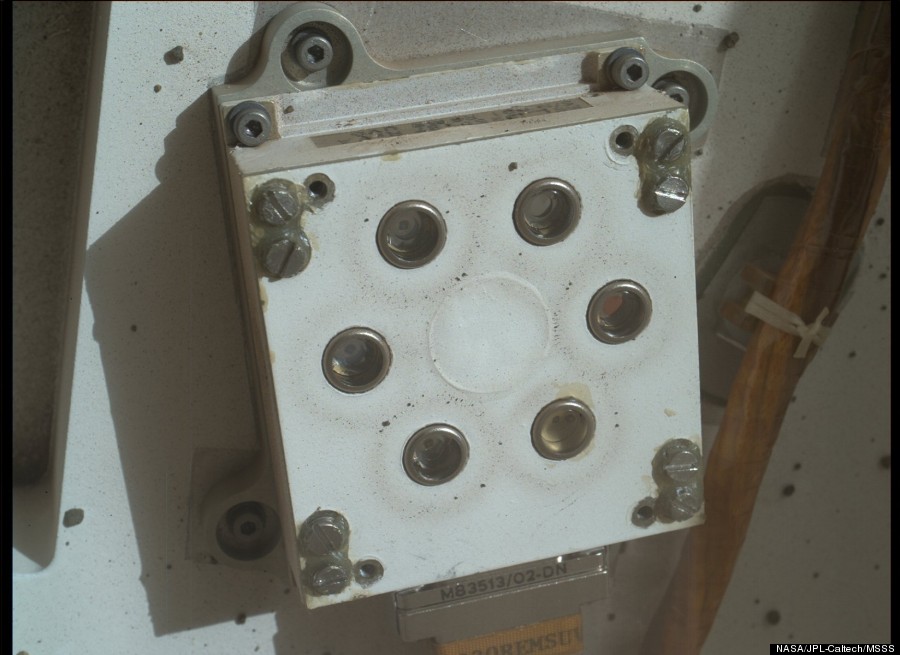 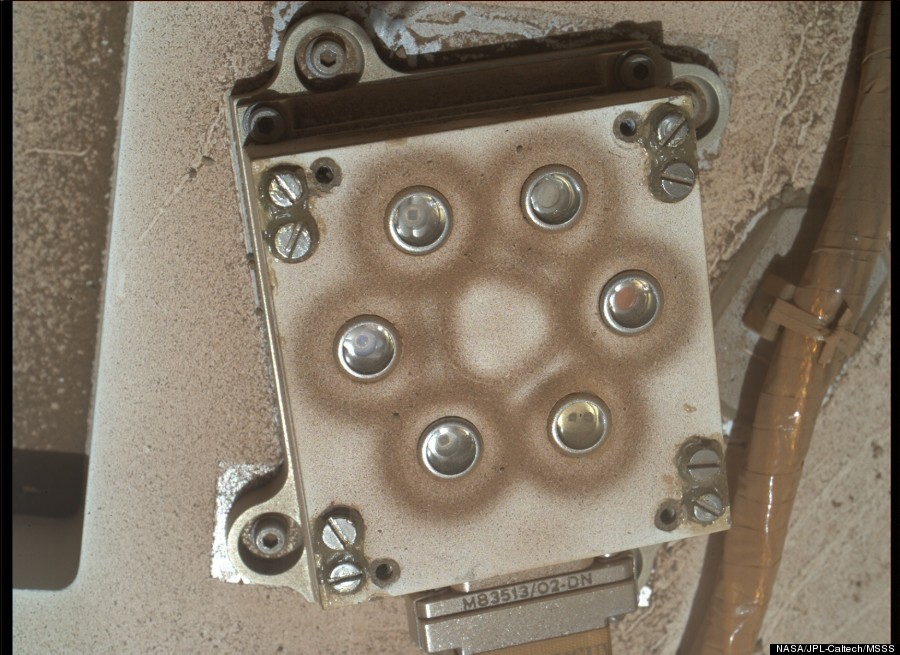 ABOVE: Between sol 36 and sol 660, Curiosity's ultraviolet sensor has accumulated rings of dirt. Magnets were placed around each of the instrument's six photodiodes to mitigate the accumulation of dust on the lenses. 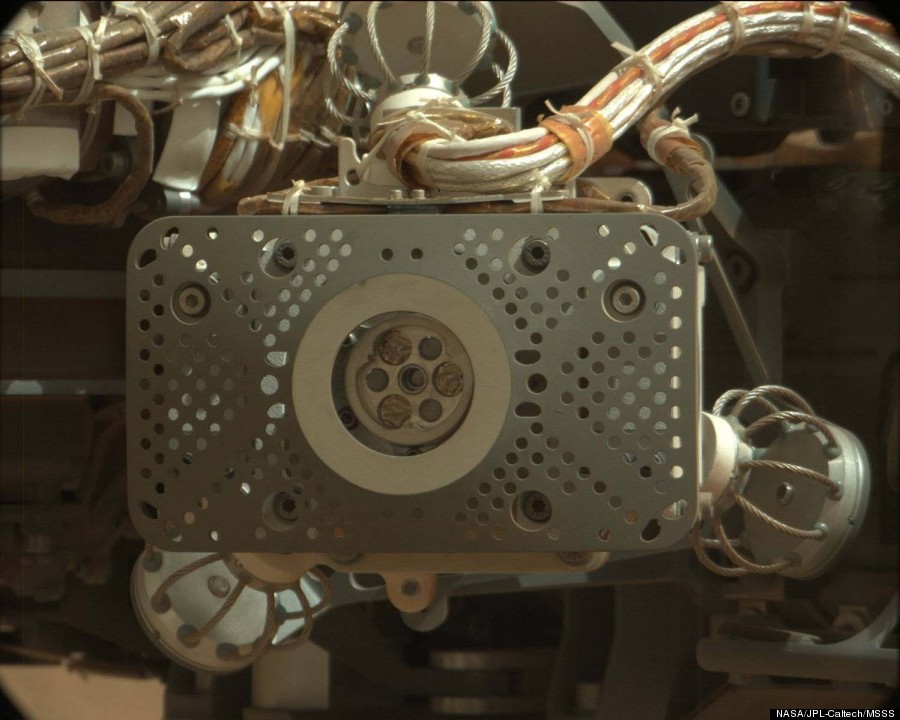 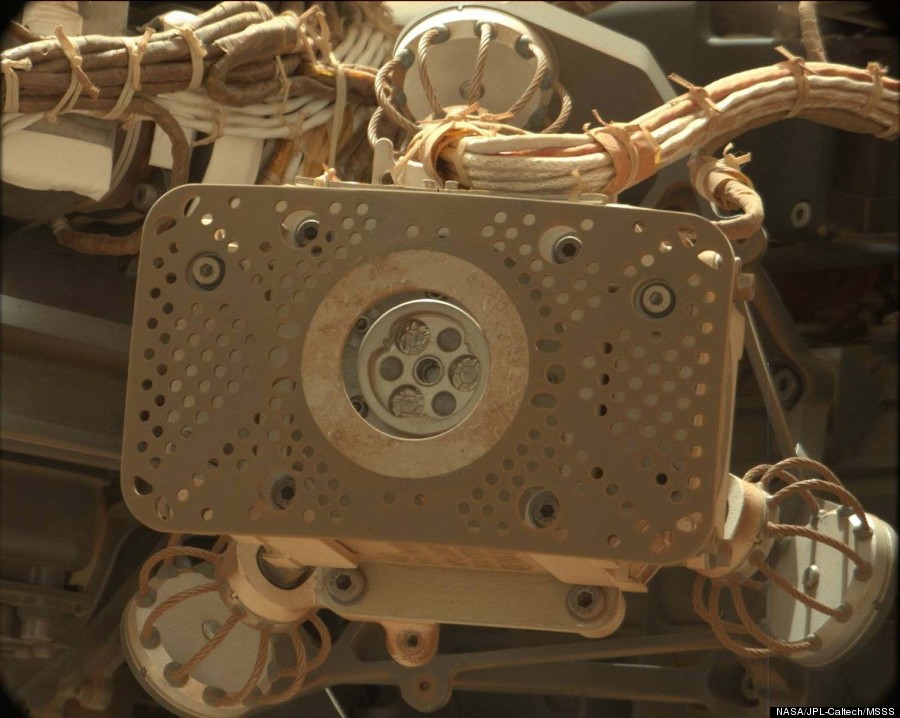 ABOVE: The wear on Curiosity's Alpha Particle X-Ray Spectrometer on sol 32 vs. sol 674. 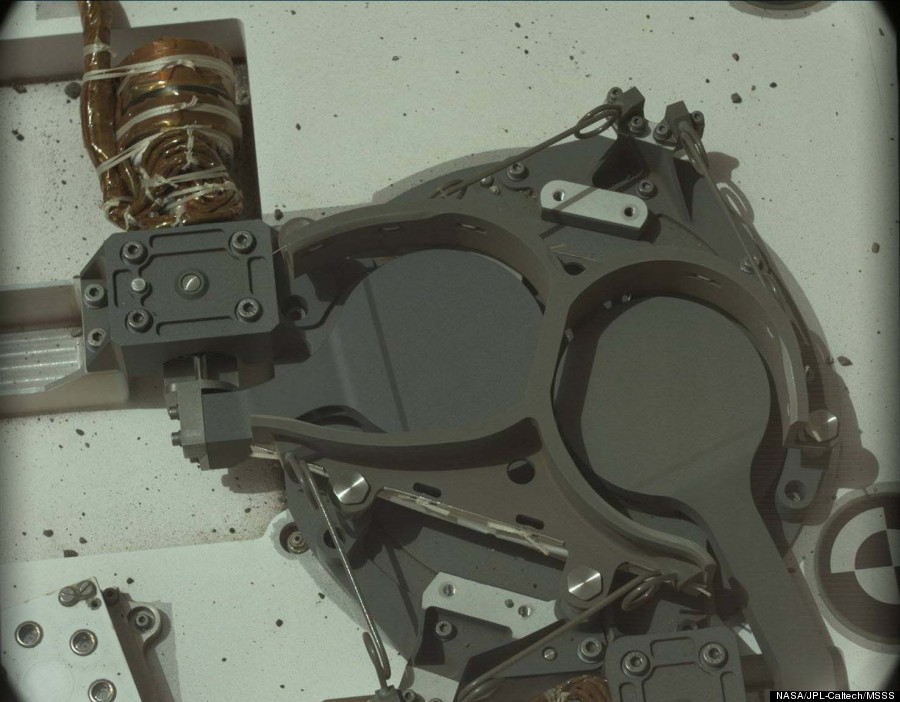 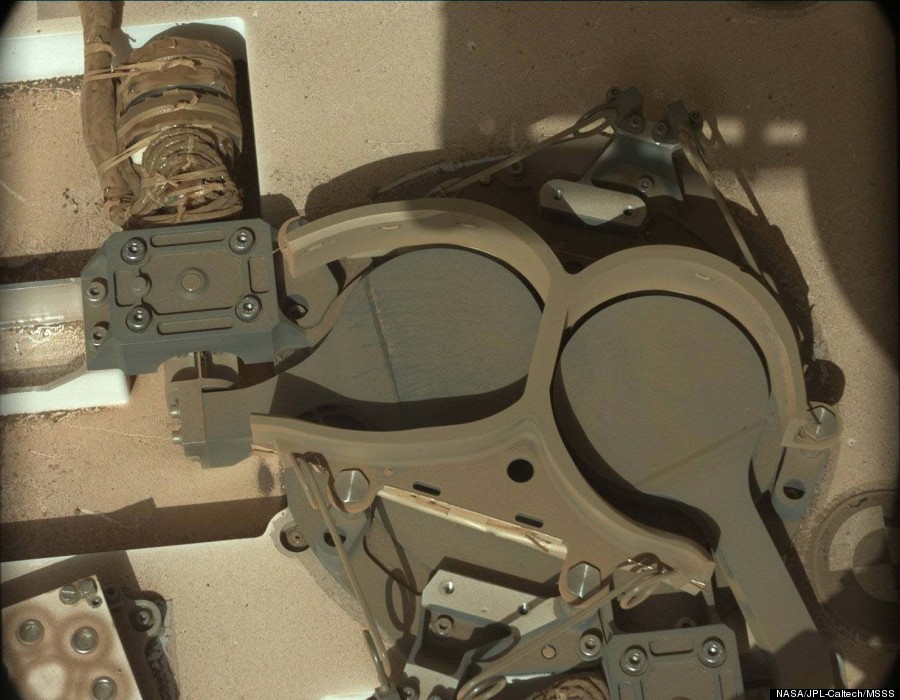 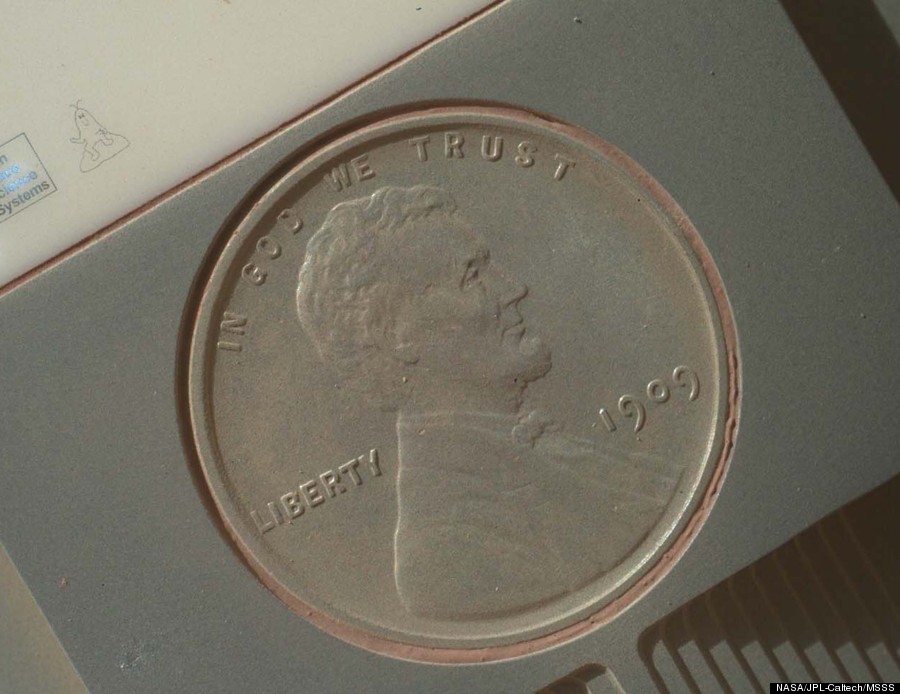 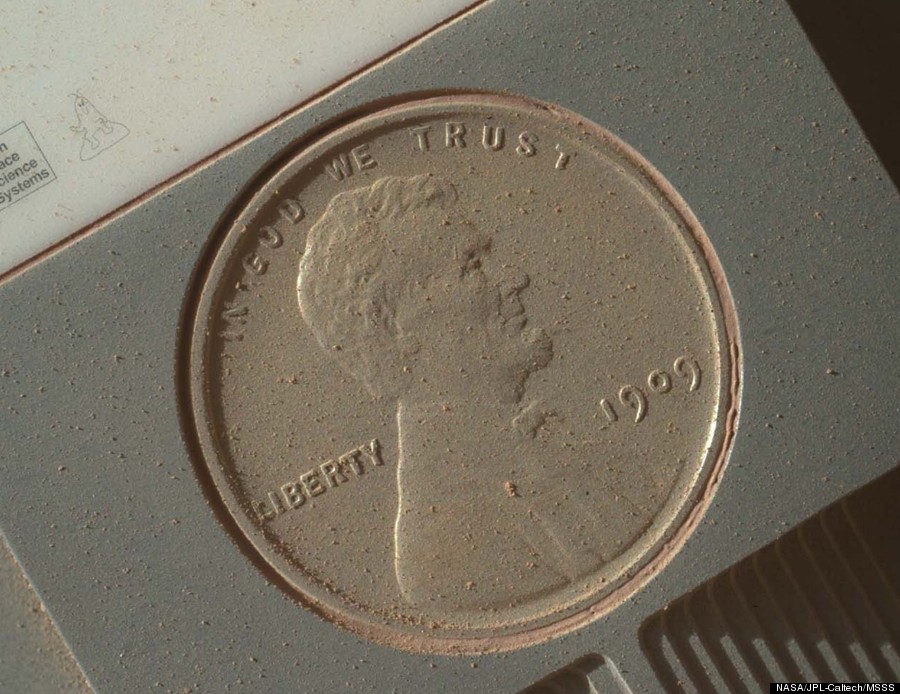 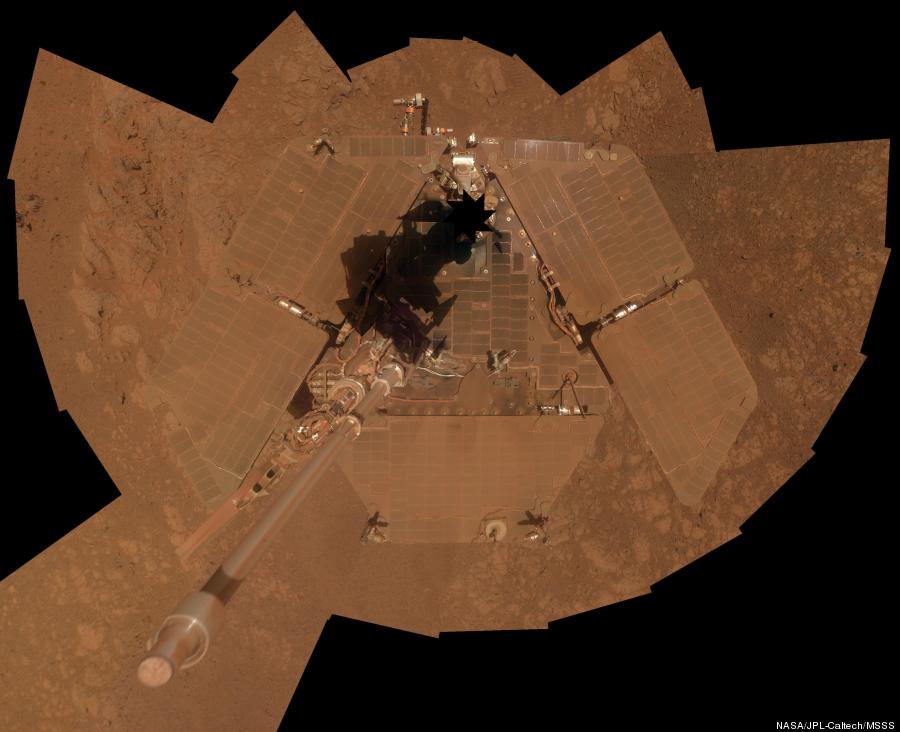 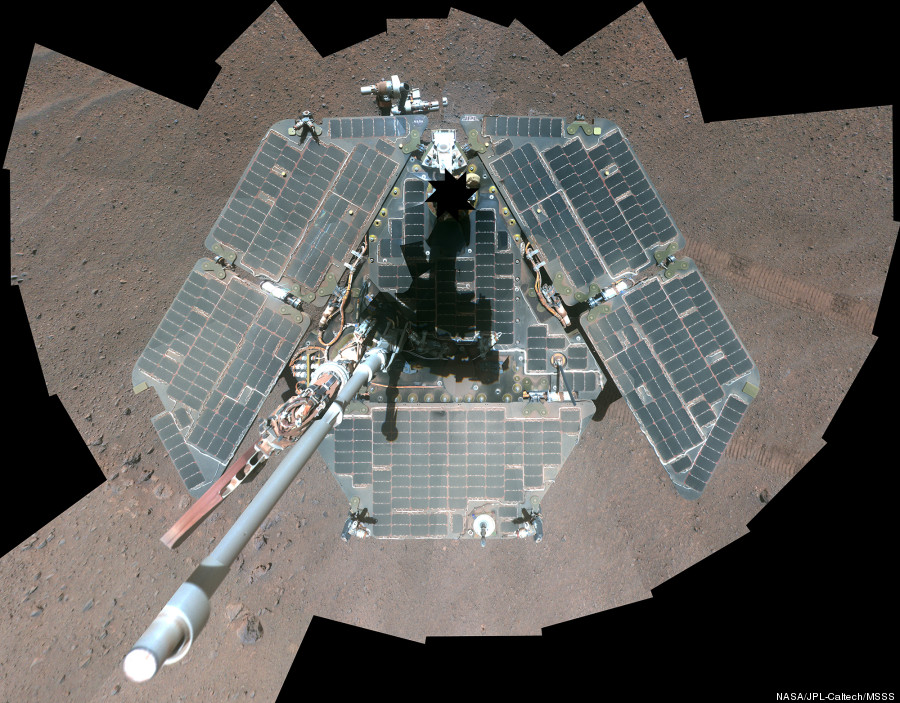 ABOVE: The Mars rover Opportunity, seen here in January 2014 and March 2014, shows the effects of favorable winds. The winds blew dust off the rover's solar panels, greatly increasing the power it generates and granting it a new lease on life.