The following text is from an email that New York parent Scott Strong received from his twins' eighth-grade teacher. It concerns the Pearson-crafted, allegedly Common-Core-aligned algebra exam administered in New York in 2015.

(New York continues to be listed as a "PARCC state," but New York has not yet administered the Pearson-PARCC exams. However, the exam referenced below is not for grades 3 through 8 though some middle-schoolers did take it; so, it was likely written by teachers.)

In the text, the teacher refers to the New York Board of Regents conversion of raw scores to scaled scores. That conversion can be found here: Regents 2015 Algebra Exam Scoring Chart. The test itself had a possible raw score of 86 points, which Regents "curved" to a 100-point scale. But the Regents curve has problems- and it is only one issue that makes this algebra test educational nonsense.

The results from this year's Common Core Algebra exam are now available and have been posted on the high school gymnasium doors. They are listed by student ID number and have no names attached to them. The list includes all students who took the exam, whether they were middle school students or high school students.

I've been teaching math for 13 years now. Every one of those years I have taught some version of Algebra, whether it was "Math A", "Integrated Algebra", "Common Core Algebra", or whatever other form it has shown up in. After grading this exam, speaking to colleagues who teach math in other school districts, and reflecting upon the exam itself, I have come to the conclusion that this was the toughest Algebra exam I have ever seen.

With that in mind, please know that all 31 middle school students who took the exam received a passing score. No matter what grade your son or daughter received, every student should be congratulated on the effort they put into the class this year.

Although everyone passed, many of you will not be happy with the grade that your son or daughter received on the exam (and neither will they). While I usually try to keep the politics of this job out of my communications, I cannot, in good conscience, ignore the two-fold tragedy that unfolded on this exam. As a parent, you deserve to know the truth.

I mentioned how challenging this exam was, but I want you to hear why I feel this way.

Let's start with question #24, which was a multiple choice problem. 30/31 of my students missed this problem. Why? Because it was a compound inequality question, which is neither in our curriculum nor is it found anywhere in the modules. As a matter of fact, this is a topic that was previously taught in Trigonometry.

Or how about #28, the open response question that required students to subtract two trinomials, then multiply by a fractional monomial? While that may sound like Greek to some of you, what it means is that there were several steps involved, and any slight miscalculation on any step would result in a one-point deduction on a problem that was only worth two points in total.

Additionally, the only 6-point problem on the test was a graph that used an equation so ridiculous that it didn't even fit well on a graphing calculator. The list of examples like this goes on and on.

Additionally, students were met with the toughest curve I've ever seen on a Regents exam as well. Typically you think of a curve as something that will add a few points onto every student's exam to account for the difficulty level of that exam. All Regents exams have some version of a curve or another, and while this curve did help the lower-performing students, it also HURT the highest-performing students. For example, a student that knew 94% of the exam received a grade of 93. A student that knew 86% of the exam received an 84. When you look at the class as a whole, only two students met the "85 or above" that they were striving for all year long.

Now let's put that into perspective. The old-style (Integrated) Algebra exam was also given this year to a small subgroup of students. None of the middle school students were eligible to take this exam. However, were I to apply the curve that was assigned to that exam (which was a MUCH easier exam), a student who knew 78% of the exam would be given a grade of an 85. All in all, over half of the class would have gotten an 85 or above had that scale been used instead!

Let me sum up what the last three paragraphs really say: the exam did a serious disservice to your child and will be reflected in their grade. It's not a fair representation of what students knew, what they did all year, or what they were capable of. There is nothing that your son or daughter could have done to have been better prepared for this exam. Words cannot describe what an injustice this truly is to your child.

So instead of just sitting back and accepting it for what it is, I'd like to offer you the best that I have. I'm willing, I'm ready, and I will be running review sessions free of charge this summer prior to the August administration of the Common Core Algebra Regents. This will be open to any student who wishes to retake the exam. We will take a look at every question that students missed on their individual test and talk about why they missed them, in addition to reviewing topics from the school year. We will also take a look at some of the wording that showed up on the exam for the first time that likely threw off many students. It's the least I can do for students that worked so hard during the year. They should not be penalized for the state's ridiculous examination.

I know that this has been an extremely long email, but I hope you understand the importance of what I had to say and that you can be proud of your son or daughter no matter what grade they received. Although I had promised that this would be my last email to you, expect one more with information about tutoring and the date of the August administration of the Regents. Thank you for listening.

Somehow, all of this is supposed to guarantee that America win a contrived "global competitiveness" contest.

My heart goes out to you, New York teachers, parents, and students. 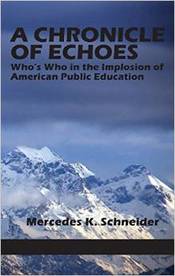 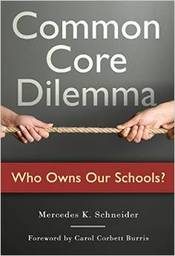