UPDATE: To celebrate what would have been Kurt Cobain's 50th birthday on Feb. 20, 2017, The Huffington Post is republishing this interview with leading Nirvana journalist, Charles R. Cross.

To get behind-the-scenes stories about Nirvana, The Huffington Post spoke to legendary music writer Charles R. Cross, a journalist who certainly knows the band. Cross was in the office of Seattle-based magazine The Rocket when he got a tip that Kurt Cobain might be dead. An electrician had found the body, called his dispatcher, who then further relayed the news to the radio station KXRX saying, "You're gonna owe me some great Pink Floyd tickets for this news." When KXRX got the news, they called Cross to confirm.

Before ever getting big, Nirvana put five different advertisements in The Rocket looking for drummers, and Krist Novoselic even stopped by the offices trying to get write ups. Eventually Cross would be the one tapped to write Kurt Cobain's definitive biography, Heavier Than Heaven, which won Cross the 2002 ASCAP Award for Outstanding Biography. Since then, Cross has written two more books about Cobain and Nirvana, 2008's Cobain Unseen and 2014's Here We Are Now.

Last year, HuffPost published a trivia article on Nirvana that ended up going viral and couldn't have been done with Cross' original research into the band. In celebration of drummer Dave Grohl's birthday, Jan. 14, we went deeper into these stories. Here is the followup based on an interview with Cross: 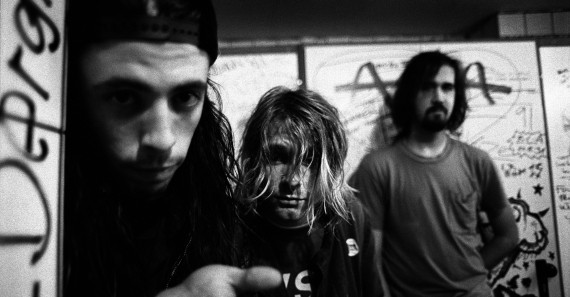 The band had smuggled in a half gallon of Jim Beam, a violation of Washington liquor law. But before any liquor inspector could bust them, mayhem erupted, when Kurt started throwing ranch dressing at Krist, and a food fight ensued. A bouncer grabbed the offenders and threw them out, unaware he'd ejected the very three men the party was being held for ... "We were laughing," Krist recalled, "saying 'Oh my God, we just got kicked out of our own record release party!'"

Later in 1999, Cross would recall the party in an interview with The Internet Nirvana Fan Club and say his "most vivid memory of Kurt is him throwing dip at the record release party for 'Nevermind.'" Cross told HuffPost:

Cross: Yes, the dip was part of the food fight, but it was also hummus. I remember at the party looking out into the alley -- there was a chain link fence over a door-sized back entrance. And Nirvana were there in the alley outside their own party. Remember they weren’t stars then, and anyone who ruined the club was going to kicked out. So they did.

Cross: Dave got the gig because they called him up and asked him to come audition, so he did. Bizarrely, he came out to Seattle and went to the only show that Dan Peters, of Mudhoney, played with the band as drummer. No one told Dan it was his last show with the band until they later hired Dave. Kurt was not exactly great at confrontation, or any kind of "band management." It’s a miracle they managed to stay together in any form long enough to release "Nevermind." 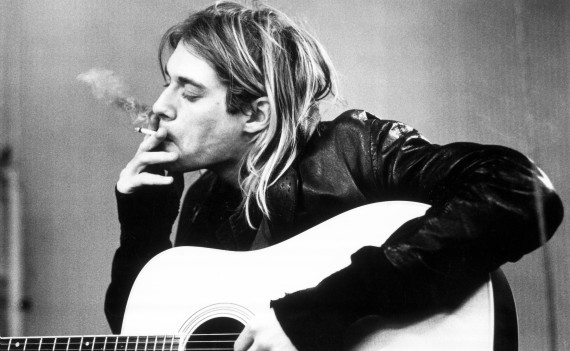 In a 2008 interview with Rolling Stone, Charles R. Cross talked about the pre-'90s Kurt Cobain:

He wasn't doing heroin. What's remarkable about that particular tour [1989] is that Kurt not only didn't do drugs, he didn't smoke, he didn't even smoke pot and he didn't drink. Kurt's drug stories always get so blown out of proportion, but for the majority of the band's touring he was the most straight-laced one in the band, and would freak out if someone smoke a cigarette near him, because he felt that his vocal chords were so sensitive that he couldn't stand to be around that.

Cross: Yes, Kurt was the most sober member of the band for at least two tours, and that’s saying something. Despite his later drug addiction, for sometime he was a bit of a “health” freak and watched what he ate, what he drank, and didn’t smoke for a time. But that was really just a short time, probably less than a year on that routine. 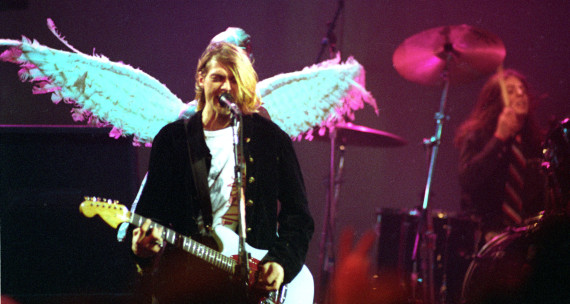 Talking with Flavorwire in 2014 about Kurt Cobain's private journals, Cross said, "From the outside I didn’t understand how horrid his drug addiction was, how unglamorous, how much he was a slave to it, and how much he wanted to be free of it." Cross further told HuffPost:

Cross: In his journals there are pages and pages where he writes, essentially, “Help me God to kick this addiction." Its one of the few times he seemed overwhelmed enough to reach out to a deity. His journals are actually quite anti-drug; even when he was high he understood that drugs had control over him and he didn’t like that. It’s clear that drugs for Kurt were not about getting high as much as they were maintaining an addiction to not feel pain. 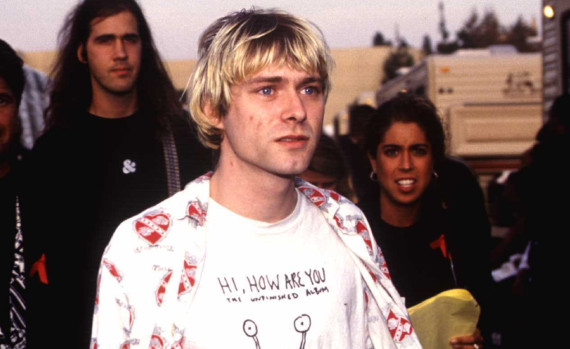 Heavier Than Heaven tells of how Kurt Cobain only paid $550 for his 1963 Plymouth Valiant, a car his friends thought looked like a grandma vehicle. Cobain actually had to live in this car on multiple occasions, but the most notable is the time he came back home from recording "Nevermind" and found his possessions sitting on the corner outside the apartment.

Cross: There were several periods of Kurt’s life where he was so poor he lived in a car. The time after "Nevermind" was recorded, Kurt was evicted when they were in Los Angeles making the album because he hadn’t paid his rent. He came home to find his stuff on the curb, and he had to sleep in his car, this after just recording an album that would sell 30 million copies. But no one knew that fame was to come, certainly not Kurt's Olympia landlord. 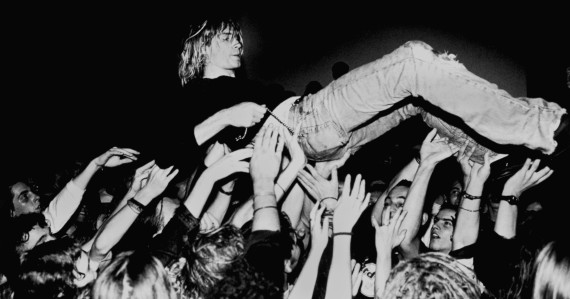 The exchange between Kurt Loder and Krist Novoselic is documented in Heavier Than Heaven. Cross writes, "Loder and Novoselic then destroyed a hotel room by smashing the television and dragging pieces of the furniture out into the lobby. The hotel later unsuccessfully sued to collect what they alleged was $11,799 in damages." Loder has maintained he only watched Novoselic. Regardless, this sort of damage wouldn't have been possible in the early days of Nirvana as they simply knew they were too broke for that. Cross explained:

Cross: They were fucking crazy and trashed hotel rooms at times. That’s rock ’n’ roll. They never did that early on though -- they didn’t have the money to pay for the damage.