Remember the finale of 30 Rock?

Liz Lemon and new husband Criss adopted twins. Liz's job had come to an end anyway, so she stayed home, while Criss got a job as a dental receptionist. He hated it. She hated it. So they decide to switch.

Liz: "I do like ignoring your questions while I try to watch TV."

Of course, a heterosexual couple can adopt relationship roles that suit their personalities without merely aping old-fashioned, patriarchal patterns. Most women are looking for some version of equality that suits both partners' personalities, not the Barcalounger model of fatherhood that the 30 Rock joke riffs on.

But some women have really type-A, go-getter personalities. And some men are really not cut out for the stress of having to make a living. Some women aren't just looking for a relationship where everybody does everything.

And I want those people to meet and be happy together, without society getting all over their case.

I also went career-oriented men to know that some of us aren't into that. And I want men who aren't really into careers but have other fine qualities to know that lots of extremely capable women wanna get with you (especially if you cook and give massages). The patriarchy sucks not just for women, but also for men who feel judged for their paychecks.

(Note: This post is specifically about male/female couples and their interactions with outmoded gender roles. Just want to give a shout-out: obviously, not everyone is straight and not everyone has a binary gender.) 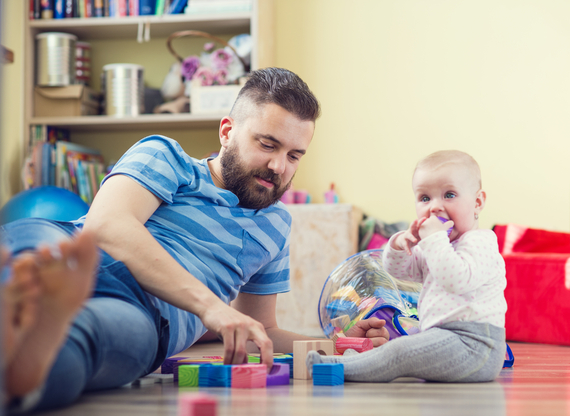 I became interested in this topic after a string of bad dates. A friend of mine said he had also been on a lot of dates with men who didn't have time for-or an interest in-a real relationship.

He passed on some advice he'd been given: to look for men in the "caring professions"-nurses, teachers, veterinarians, etc.

That's not a panacea, of course. I'm sure that many flight attendants who cater to everyone's needs at work all day are really tired of playing that role when they get home-they want someone else to get them some damn peanuts, thankyouverymuch.

But, while misogynists have been warning each other about "career women" (a phrase I think we should kill) for decades, it still seemed like such countercultural advice to tell a woman to avoid "career men."

But, from Tracy Moore on Jezebel:

As women are increasingly autonomous, we must recalibrate our idea of what a good woman is, but also what a good man is, too. Just as we must expect men to not be threatened by a high-achieving or high-earning, accomplished, intelligent woman, we also must be able to see men as something other than only earners or doers who must baseline provide.

And from The Clutch:

According to the Brookings Institute, Black women are more likely to marry down than their white counterparts, because they are surpassing men in the area of education and careers. What they failed to mention also is that advanced degrees don't mean crap nowadays. Also, if a black woman is happy with marrying down, so be it.

While couples have always worked out all kinds of unique arrangements that work for them, the part that's new here is the advice to single women-maybe you don't want to "marry up," or look for someone at least as ambitious and educated as you. Maybe being half of a power couple isn't ideal for a lot of high-flying women. Some women would do better coming home to a cheerful, accommodating spouse who putters in the garden. Sometimes it makes sense to look for someone prepared to cook 21 meals a week for a family of four.

I am in my late 20's and getting promotion after promotion in a political job. I have post graduate qualifications and work long hours. My partner loves looking after people and hates going to work. We are both very happy with the idea of him as a stay-at-home dad. He will be a great dad and he will be able to continue to follow his passion for art which is much more flexible than my passion for politics. I do find the ambition and smarts of the men in politics deeply attractive but I also know if I were in a relationship with one of them it's my career that would take a backseat. 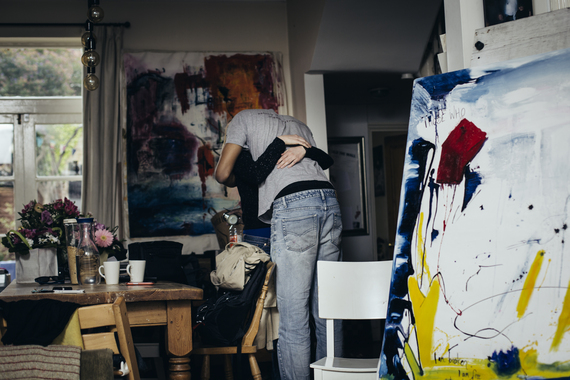 Some careers are really hard to do without a supportive spouse

Let's talk about the word "supportive."

When women say they have a "supportive" partner, they often mean that he gets out of the way and doesn't complain when the woman goes off and achieves things, alone. And then both partners split the chores, and sometimes there are backrubs.

When a man says he has a "supportive" partner, it often means, "Her full-time job is supporting my career by taking care of every other need I might have." That is a totally different level of support-which some women also want, and which some men would be happy to provide if people wouldn't judge them for it.

Furthermore, there are careers in which it is hardly even possible to succeed at the highest levels without a stay-at-home spouse in your corner. Maybe that's not great as a matter of policy, but it's true. From the New York Times' Wall Street Mothers, Stay-Home Fathers:

Being the breadwinner often means being taken more seriously in the workplace, they have learned. When one former banker was interviewing at a private equity firm, she said her prospective employers wanted to know what her husband did and seemed pleased that he had a low-paying but flexible job and handled more parenting duties. It dawned on her that the presumption men had often benefited from -- that they would not be diverted by household demands -- was finally applying to her too.

This isn't just true of high-powered corporate jobs. From Koa Beck in The Atlantic, about why writers pine for a "do-it-all" spouse:

"[Edna St. Vincet] Millay's husband, Eugen Boissevain, reportedly described himself as a feminist and "married the poet Edna St. Vincent Millay with the express purpose of providing her with a stable home life and relieving her of domestic tasks so she could write." By the time Millay died, she had written six plays and more than a dozen books of poetry.

Part of achieving equity across all professions is normalizing the concept of a high-achieving woman with a husband whose main career achievement is supporting her career, and caring for a family.

I have a master's degree. In Computer Science. From Harvard. I do web things. My boyfriend dropped out of college. His first semester. He's a waiter/bartender. He is the smartest guy I know. He makes me breakfast every single morning before I go to work, cooks me incredible dinners (roast duck! sweetbreads! herb-encrusted chilean sea bass!), and totally pulls his weight around the house (laundry! toilet-scrubbing!). He encourages--and even pushes, when necessary--me in my career, and I would absolutely not be where I am professionally without him spurring me on, making me realize my value, rehearsing with me how to negotiate my salary, modeling how to be a badass careerist (service workers are mercenaries), etc. 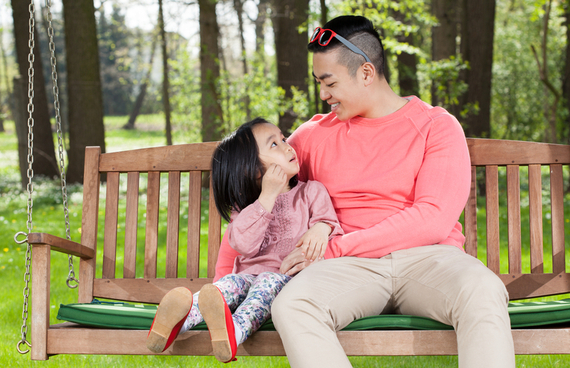 Men shouldn't be made to feel bad about the chill, domestic qualities that make them awesome partners

It's a rare superperson of any gender who kills it in the marketplace, can play with a toddler without getting impatient, can plan and cook a week's worth of healthy dinners consistently for years, and has time, energy, and goodwill left over to hear their partner's troubles and provide emotional support and solutions. And maybe backrubs.

Some of the men who really have the time and energy to put into being amazing partners just really don't have the wherewithal to win at capitalism. And that's fine.

I'm a college-educated professional woman, and my husband of seven years isn't (he only has his GED, and a couple of community college classes). He works as a software engineer but is much more chill and less ambitious about 'building a career'. We are actually planning to get to a point where he would be able to quit his job and stay home and give his own projects a full-time try, while I'll be the person with the 'official' job that can provide health insurance and a sense of stability. I'm actually looking forward to being able to have a 'house-husband' because that means that I'd be able to focus on my work and studies, and not stress about house and chore-related stuff as much.

When a fancy title and a big paycheck aren't important to the relationship, other things become more important - women are demanding men who support their careers, will be willing to move, and will be primary caregivers to children.

Single 25-year-old lawyer Rebecca G. sees a less ambitious male partner as a way to have children without sacrificing a career:

The whole dating somebody less ambitious thing? That's kind of my plan. While I want kids, I have way too much career ambition to be happy to take large gaps towards the beginning of my career (I have poly-cystic ovaries, so I am going to need to start on the whole 'trying to make a baby' thing sooner than most). Having Dad as the primary care giver makes it all work nicely.

As women reach higher echelons in corporate America-and as our society breaks free of gender constraints-we're going to see more and more professional woman / domestic man relationships. Each couple shouldn't have to feel that they're making things up as they go, nor should some amazing male partners be made to feel as though masculinity always demands that they take on corporate America, too.

The full participation of women in the workforce has led to households in which the household itself is taken care of by everyone and no one. Plenty of couples with sufficient means are discovering that it's actually pretty nice to have someone at home, at least during some stages of life. We've moved from a world in which that's automatically the woman, regardless of her personality, to one in which roles are adopted according to temperament (and sometimes who looks good making Chilean sea bass while holding a toddler on his hip).

And for men who have great careers and think they can coast on that, without developing domestic or emotional-support skills? Maybe, but maybe not. Not everyone wants to date a career man.

Picking a Boyfriend Who Doesn't Hold Back Your Career (via GetBullish)

Get the free e-book "10 Principles of Bullishness" when you sign up at getbullish.com

Jennifer Dziura is the founder of GetBullish.com and the annual Bullish Conference, taking place October 10, 2015, in NYC. She believes in risk taking, negotiating better by being genuinely willing to walk away, gentlewomanly living, gravitas, espresso, prosecco, and helping other women. Use code MOGUL for $50 off the Bullish Conference.