We have made some historic gains for reproductive rights at home and abroad recently. Not only did the Supreme Court of the United States strike down harmful restrictions that have led to the closure of dozens of abortion clinics in Texas, but the Democratic Platform Drafting Committee also announced that the 2016 party platform will include the repeal of the Helms Amendment. This is a big deal.

Every year, more than 47,000 women in the developing world lose their lives to unsafe abortions. For more than four decades the U.S. has not been able to save their lives by funding safe abortions because of the Helms Amendment. The law which was initiated by the late loathsome Senator Jesse Helms in 1973, prohibits United States foreign assistance from funding abortion as a method of family planning. It has been used, however, to deny any and all funding for abortion -- including in the case of rape, incest, and danger to the life of the woman.

Given that the US is the biggest financial contributor to family planning efforts abroad, this law remains a huge obstacle for organizations and clinics dedicated to empowering women to make their own reproductive choices. Around the world organizations that work on reproductive rights are often attacked, underfunded and penalized for providing life-saving support for women. U.S.-based anti-choice groups are pouring money and resources into training "activists" to taunt and harass women seeking abortions in Latin America and Africa- making it harder for clinics with little resources to protect women. In the attack on reproductive rights around the world, Helms is a weapon used by regressive anti-choice groups to deprive women from accessing safe compassionate care. 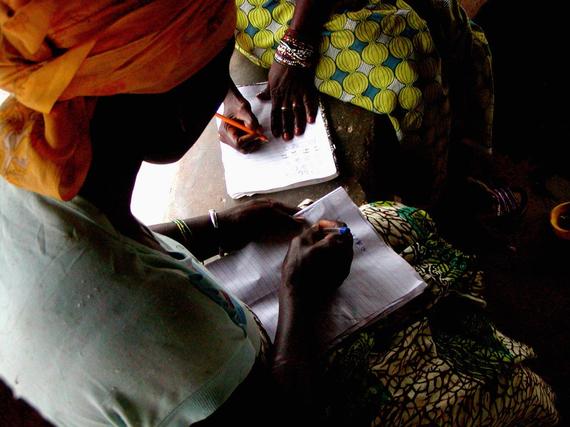 We are more than 40 years late to repealing or at least re-interpreting the Helms Amendment but doing so is especially important today. It's been said many times that in modern warfare it is more dangerous to be a woman than it is to be a soldier. From Iraq to Kenya to Bosnia, rape has been used as a weapon of war. Women impregnated by their rapists typically have been given two non-options: carry the pregnancy to term or have an unsafe abortion.

This can't go on any longer. Women need real options in order to survive, heal, and rebuild their lives and communities after war and conflict. Today, with ISIS and Boko Haram using women's bodies as their battlegrounds, committing mass rapes and even selling women as sex slaves, it is more important than ever that we stand with women living in areas impacted by armed conflict.

In addition to helping deal with the impact of the humanitarian and human rights crises women are facing because of ISIS and Boko Haram, repealing Helms could also save the lives of many women infected with Zika. Because of the virus, which can cause birth defects in developing fetuses, women in Latin American countries where abortion is illegal or highly restricted are illicitly seeking abortion pills and procedures at a higher rate than before the virus started spreading. Even in countries where abortion is legal in certain circumstances, women, especially those from low-income communities, struggle with accessing safe and legal care. For the millions of women who face Zika and want to have more options than the impossible suggestion that they should just avoid getting pregnant, we have to ensure the repeal of Helms.

Time and time again, research has shown that restricting access to abortion does not stop or even reduce its incidence. While we celebrate the Democrats' decision to include the repeal of Helms in the Platform draft, we have to continue our work with vigilance and ensure the draft's approval and the repeal of the law. Women in Latin America, in Syria, in Iraq, in the Democratic Republic of Congo, in Nigeria, and around the world will continue to have abortions when they need them. We have a choice: Do we support them and ensure that those abortions are safe, or do we watch them die in dangerous illegal procedures?