Osama bin Laden was killed in his "mansion," according to the New York Times. Where did America's most wanted terrorist call home?

The compound was located in the city of Abbottabad, Pakistan, about two hours outside of Islamabad. According to the Times, while comfortable in some respects, the residents did take security seriously:

It was hardly the spartan cave in the mountains where many had envisioned Bin Laden to be hiding. Rather, it was a mansion on the outskirts of the town's center, set on an imposing hilltop and ringed by 12-foot-high concrete walls topped with barbed wire.

The property was valued at $1 million, but it had neither a telephone nor an Internet connection. Its residents were so concerned about security that they burned their trash rather putting it on the street for collection like their neighbors.

The Times reports that the mansion was constructed in 2005. ABC has the following report, which looks inside the bloodied compound:

The Department of Defense released the following graphics and satellite photos of the Abbotabad compound: 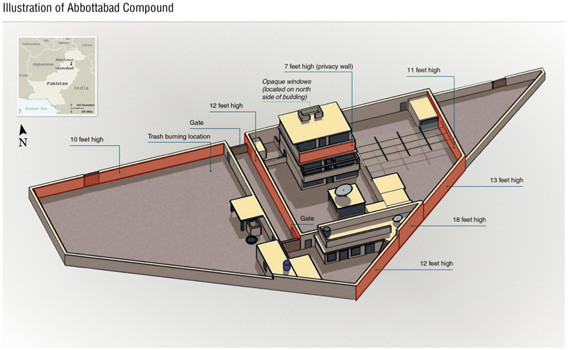 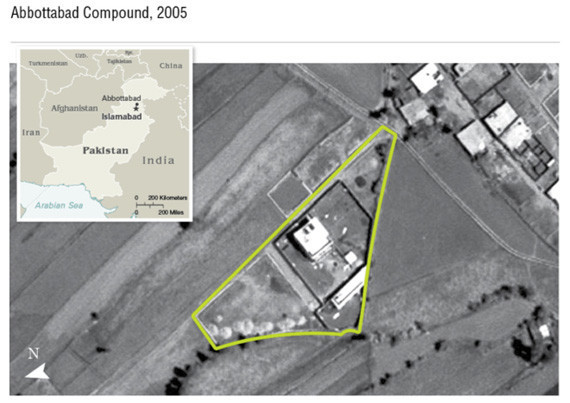 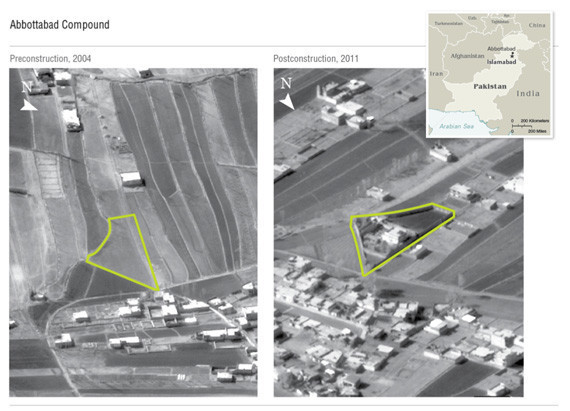 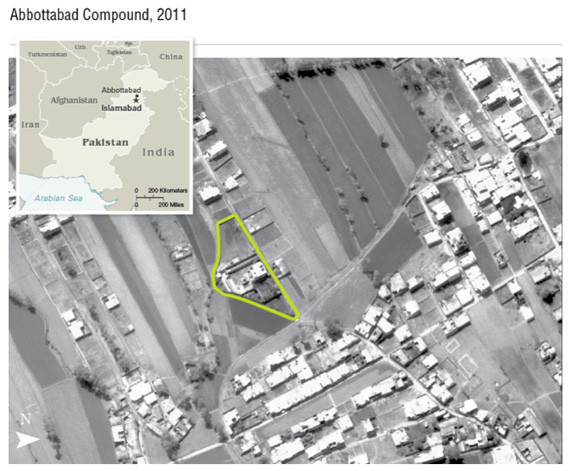