Just when we thought Sir Ian McKellen and Patrick Stewart's bromance couldn't get any cuter.

McKellen and Stewart shared a kiss at the premiere of "Mr. Holmes" at ODEON Kensington in London Wednesday. The 74-year-old Stewart was there to support his friend, 76, who stars in "Mr. Holmes" as an older Sherlock Holmes who is hung up on an unsolved case from his past. 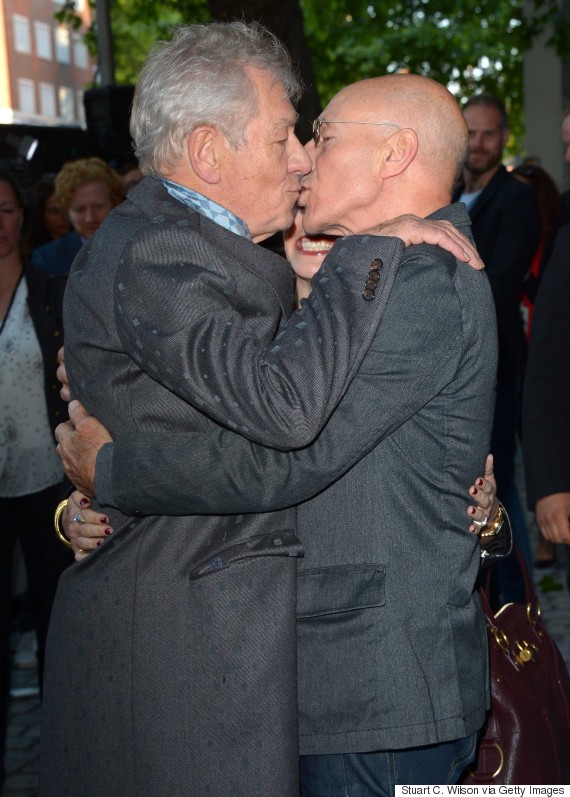 Last year, the two talked to The Huffington Post about their friendship, which blossomed on the set of "X-Men."

"[O]ur coming together is a relatively recent thing," McKellen said. "But we fell into each other's arms because of our similarities in our career, and because of our age and because we like the same sort of things. Despite the fact that he's from Yorkshire and I'm from Lancashire!"

"That's the big difference between us," McKellen continued. "If Patrick does something other people think is a bit strange, I just say he's Yorkshire!" 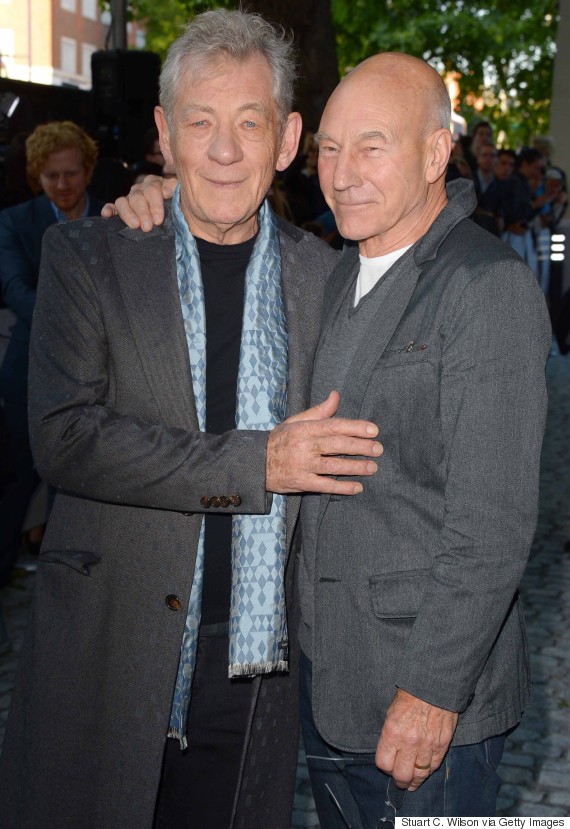 Patrick Stewart And Ian McKellen Share A Kiss At 'Mr. Holmes' Premiere
The Best Gay Kisses
1 / 24
U.S Navy Petty Officers Share Same-Sex Kiss
A Navy tradition caught up with the 2011 repeal of the U.S. military's "don't ask, don't tell" rule when Marissa Gaeta And Citlalic Snell, two U.S. naval petty officers, became the first to share the coveted "first kiss" on the pier after one of them returned from 80 days at sea.