Surgeons in Florida have given a 17-year-old boy what’s being called the “world’s first” penis reduction surgery.

The teen came to doctors complaining of a penis “too large for intercourse,” according to an article in The Journal of Sexual Medicine, published online in November. He was also unable to play sports or even wear most clothing without his phallus showing through the fabric.

The penis was 7 inches long and had a circumference of 10 inches, according to the Daily Mail. That’s about the same size as an average mayonnaise jar, based on measurements taken by HuffPost Weird.

Advertisement
"WARNING: This image may be disturbing to some readers. Click here to reveal." 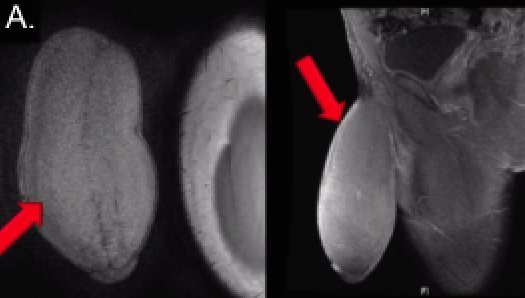 “His penis had inflated like a balloon,” Rafael Carrion, a urologist at the University of South Florida who treated the patient, told the Daily Mail.

The shape and massive size of the penis was the result of the teen’s sickle cell anemia. Irregular blood cells would block penile blood vessels and lead to swelling and priapism — a long-lasting and painful erection. This had happened three times since the boy was 10, which “progressively led” to a deformed penis, according to the Journal.

Carrion said he couldn’t find any precedent for penis reduction surgery. His team ended up opting to slice along the patient’s circumcision scar, unwrap the skin, and then remove chunks of tissue from each side.

He added that the teen is “very satisfied” with his new penis, which is still “generous” in size but is now more standard in appearance.