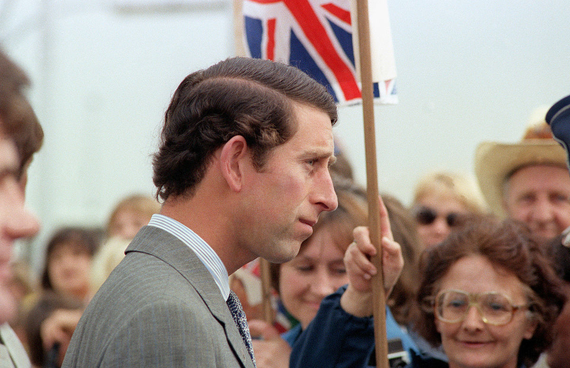 Last year, my neighbor hosted Prince Charles when he stopped in at George Washington's historic home in Mount Vernon during his trip to Washington D.C. To prepare for his visit, she read his book Harmony: A New Way of Looking at Our World. She was extremely impressed with the book and told me I would love it. When she went north for the summer, she gave me her copy.

I had read over the years that Prince Charles was into organic farming and would bring his organic vegetables with him when traveling. Before reading Harmony, however, I was unaware of the full extent of his involvement in so many innovative projects that promise to make a beneficial impact on our world. As far as world leaders go, Prince Charles is my new hero.

In his book, Prince Charles shares knowledge on how nature is complex and also profoundly interconnected. He points out that the critical problems we face today are of our own making--acting in disharmony with nature--resulting in climate change, disease, and poverty.

Prince Charles explains that before the Scientific Revolution began in the seventeenth century, nature was seen as an integral part of creation:

"The creator was not separate from his creation. Instead, divinity was considered to be innate in the world and in us..."(pg. 149). 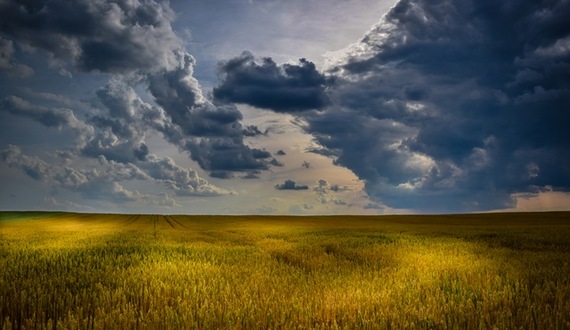 During the Scientific Revolution, people began thinking mechanistically, and this "reductive" approach separated the different elements of an organism by examining its parts.

Consequently, over time, the definition of God changed from a divinity ingrained in every part of creation to a Being that was separate from, and merely observing His creation. Prince Charles explains: "...as that happened, so Nature itself came to be seen more and more as an unpredictable force..." (pg. 150).

As science began to make a clean break from conventional religion, nature was understood as being outside of us, something we could conquer and control. Education began to reflect this perspective, focusing on discreet bits of information rather than on the underlying connections. This marked the onset of the modern industrial age.

Prince Charles makes the case for problems to be resolved by reconnecting ourselves back to the universal source of natural law within everyone of us: "Ancient cultures understood that the outer order observable in the world is based on inner harmony, which is the very structure of nature itself. To access this higher ordered realm, we must activate the soul and draw upon its inner harmonious qualities."

How do we do this? Wisdom and philosophy are intellectually stimulating, but only practical steps will solve the problems. Prince Charles shines in taking solution-orientated actions steps.

A Return to Holistic Education

Education is fundamental to transforming our "Age of Disconnection" to an "Age of Connection". To ensure the sustainability of our planet, Prince Charles is actively involved in reestablishing a holistic approach to gaining and applying knowledge through education. He also cites several schools and university curricula that have developed an integrated system of education.

In 2004, Prince Charles set up his own school for this purpose. The Prince's School of Traditional Arts networks with other organizations and charities to support peace in troubled ethnic-minority communities, through such simple activities as teaching children to create artworks and decorations for their schools' new faith centers.

Although the Prince's School of Traditional Arts focuses mainly on the arts, it integrates art with math, geometry, and science so that children learn from a broad base perspective. The children connect their lessons in math and science to different aspects of nature. Through this learning methodology, the students become aware of universal patterns in nature, including those within their own bodies.

This educational approach is similar to Maharishi University of Management (MUM), founded by Maharishi Mahesh Yogi in 1971.

All students and faculty at MUM practice Transcendental Meditation twice daily, which connects the student to the universal source of pure consciousness within. In addition, students learn the common principles of intelligence that are prevalent in every field of study and discover that all knowledge emerges from the unified field of consciousness.

Through Consciousness-Based Education, the students begin to see the interconnectedness of every discipline, which is the fulfillment of the word "uni-versity"--diversity in unity.

Prince Charles also describes in his book a complementary project that he calls a Sustainability Revolution. This involves many components, such as sustainable-non-toxic housing projects, organic farming, and integrated health care projects.

To have a world leader such as Prince Charles who sees the interconnectedness of every bit of nature gives me hope for the world. What gives me even greater optimism at this precarious time is knowing that we have a leader who sees we need to regain connection to our source within "the voice of the soul."

"When the connectedness of individual life with Cosmic Life is damaged, intelligence remains disconnected from its own Cosmic Value. It grows like a bud without flowering and without the ability to spread its fragrance and glorify the whole atmosphere. This is the deplorable state of life imposed upon mankind through Modern Science-based education."

"Creation is a living presence, woven into the fabric of everything, and their [primary cultures] communion with its presence offers knowledge of the world."

As both Maharishi and Prince Charles point out, our inherent harmony with nature should be restored for wholeness of life. There is nothing so powerful as an idea whose time has come. Sustainability, spirituality, and the interconnectedness of all life are ideas whose time has come.