The spring holidays are such a time of preparation.

Though Passover is still several weeks away, many Jews are cleaning their houses of the forbidden chametz--grains and leavened breads considered unkosher for the duration of the holiday. One friend recalls the tremendous efforts her otherwise secular family would undertake each year--religious ritual fused with the itch for spring cleaning--so that by the time the Pesach table was laid, everything gleamed, everything felt lovely and fresh in their home.

Christians of all denominations are preparing for Easter, in ways both somber and spectacular. Rafts of daily pleasures have been forgone for Lent. Meditation and reflection--and even, in a newer variation, yoga and tai chi--are being renewed and embraced for Lenten practices. Families busily are planning Easter Sunday gatherings and meals, pulling out favorite recipes and testing new ones from local papers or recipe sites. Many of us embark on a purposeful shopping spree, so come Easter morning, our children are outfitted in dresses or suits befitting a meeting with royalty (and we ourselves will be feeling regal and remade in our new Sunday best).

On or about March 21st, Iranians worldwide will celebrate Nowruz, the New Year (or, literally, "New Day"). This Muslim holiday layered over ancient rites of venerating light and welcoming the vernal equinox. We recognize this holiday in our household, as my spouse was born and raised in Tehran. Last week, we began the khaneh tekani (spring cleaning), stocking up on Rose water, and preparing for the Haft Seen with sabzeh (growing sprouts). 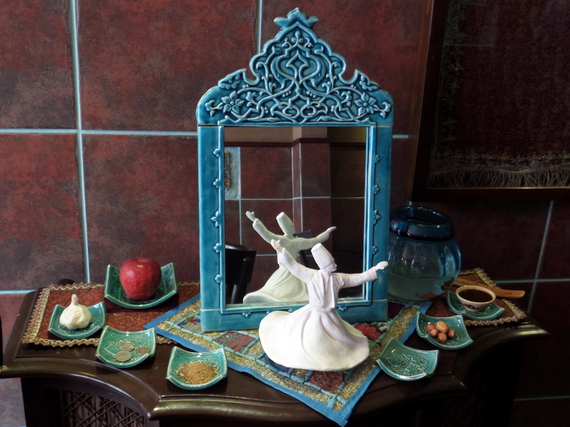 So after all this preparation, "Now what?" I wonder...

Modern life proceeds, for the most part, in linear fashion--a steady and ceaseless ticking off of moments and days in a way that is supposed to always lead forward, always on to new and (hopefully) better things.

The seasons incessantly circle round, bringing more light after less, warm air after colder, new growth after dormancy. Year after year, we spin through the cycles, imagining that each year pushed us further along--or further ahead--and often failing to notice the ways we wind up, time and time again, exactly where we started.

We feel high, then low, at work. We resolve old family feuds, swing through a season of enjoying each other's company, then lock down in our battle positions once more. We pull ahead in our budgets only to have a life-changing roll of the dice move us back to "Go" and not collecting $200.

We fight for and win new rights, then watch them become embattled and erode. We fight harder, inch further along, then wonder what has been gained. We rise and fall, by turns, in states of promise and despair.

We put (we think) whole rhetorics of hate away for good, mark them as unwelcome and forbidden to the public sphere, only to watch them reemerge with startling clarity--and to find ourselves, once again, baffled by the plus ça change of human affairs. 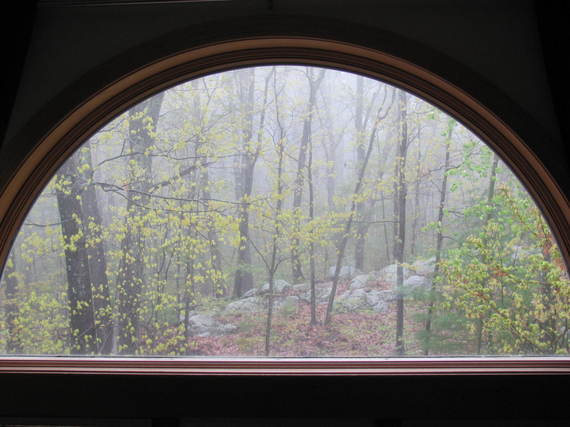 Whatever the name, whatever their vision--of resurrection or liberation or newness or fecundity or forgiveness or light--I believe there is deep and universal human need embedded in the holidays of spring.

These holidays are moments of pause, moments of possibility, studded like little gems in the ceaseless, grinding calendar of modernity.

Each one offering the opportunity to begin anew--and to get it right this time.

A savior is risen to eternal life.

A people are freed from slavery.

But again, I wonder:

After all, few among my friends or fellow Unitarian Universalists (or, for that matter, among the folks who might take time to read this blog) truly believe in a sentient God who dictates the course of our lives and world events. Most of us take a decidedly modern/postmodern approach to spirit and faith. We view scriptures not as books handed down by God(s), but as repositories of human wisdom, sources of inspiration, essential points of access to symbol and myth. We engage in continual acts of translation, seeking to understand the relevance of ancient teachings to our contemporary lives.

Personally, I am rooted in the Christian scriptures, and the Easter story holds a particular power for me. But it is not, for me, a literal account. Each year I read:

"The tombs also were opened. And many bodies of the saints who had fallen asleep were raised, and coming out of the tombs after his resurrection they went into the holy city and appeared to many. When the centurion and those who were with him, keeping watch over Jesus, saw the earthquake and what took place, they were filled with awe and said, 'Truly this was the Son of God!'"--Matthew 27:52-54

But I do not imagine the saints, brought back to life in their caskets, clawing their way out of ground to speak to the people of the holy land!

Instead, each year I see and feel the overwhelming promise that a better world is possible. One where the most righteous among us finally becomes the ones most listened to. Where the quality of love gains so much strength, it seems as real as anything we can touch. Where the warriors of the world are shaken to the core by something like compassion.

I also know, though, it is no good marking time at Easter basking in the promise of a better world unless it is something we are willing to build ourselves.

So, what is the one thing you will do to make good on the spring holidays' promise of a better life and world?