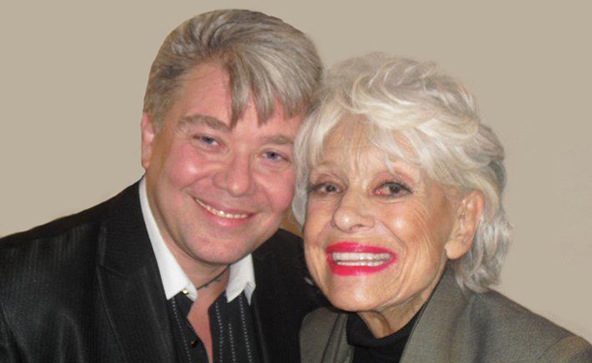 I talked with Richard Skipper, who has been entertaining audiences for 20 years. Richard received rave reviews for his show Richard Skipper as "Carol Channing" in Concert, his off-Broadway tribute to Carol Channing, and he appears in Dori Berenstein's must-see documentary Carol Channing: Larger Than Life, currently on Showtime On Demand. I talked to Richard about everything Carol Channing and issues facing our LGBT community.

When asked what his personal commitment is to LGBT civil rights, Skipper stated:

I am in a committed relationship. My partner and I have been together for 23 years. I was a late bloomer. I did not realize that I was a gay man until I was 21, but I was a kid who was bullied in school, and I was called all kinds of names by other kids, and I didn't know anything about my own sexuality, yet people were putting labels on who and what I was before I was even able to access what labels I wanted to put on myself. For that reason I really believe in supporting one another, because I lead a very full life, and I have a wonderful life, but I work at that life. I don't have time to think about what other people are doing in the privacy of their own homes. I don't have time to think about what my neighbors are doing. I don't point fingers at other people, and I feel it is very important, especially here in New York, where my partner and I got married. I hear stories over and over again [about] couples that are in committed relationships [who] find, after 20, 30, 40, 50 years, one of the partners gets ill, and the other partner is denied to be at their bedside in the hospital room, or having to fight estate issues when two men or two women have set up a life together. I know there are some people out there who say that that piece of paper does not make a marriage. Well, that piece of paper doesn't make a marriage, but it defines and legalizes the fact that two people have committed their lives to one another, and for that very reason I have jumped on that bandwagon. To me it's not a personal issue anymore as much as it is a federal issue. It needs to be across the board that every single person in this country has equal rights, and that's where I am on that issue.

Currently Richard is writing a book celebrating the 50th anniversary of the musical Hello, Dolly!, which happens in 2014, and campaigning diligently for Carol Channing to receive a long-overdue Kennedy Center Honor. He also has a highly successful blog Richard Skipper Celebrates, which focuses on artists and what makes a great entertainer unique.