Ronda Rousey has been making waves of late. The first American woman to win an Olympic medal in judo recently became the first woman to sign with the UFC, marking a huge turning point for the league that just a year ago declared it would never ink a female fighter. While it remains to be seen if UFC will support women's MMA for long, Rousey seems a willing, able and provocative promoter of the sport.

On Wednesday's episode of Jim Rome on Showtime, Rousey addressed the long-held belief that fighters should abstain from sex before a bout. While admitting that the science is dubious with regard to men, Rousey made it plain that she has no questions when it comes to women.

"For girls it raises your testosterone, so I try to have as much sex as possible before I fight actually," she told Rome. "Not with like everybody, I don't put out like a Craigslist ads or anything, but if I got a steady I'm going to be like, 'Yo, fight time's coming up.'"

It's not the first time Rousey has advocated pre-fight intimacy. She made a similar statement on Conan in August. After admitting that she doesn't know the science behind the hormonal change, she offered a vague yet graphic theory on why sex seems to help women more than men when it comes to fighting.

"Maybe we take it out of them or something," she said, as O'Brien squirmed behind his desk. "I don't know the exact science behind it. But maybe that was a pick-up line I heard before. Who knows?"

The science does, in fact, appear to back up Rousey's hypothesis. A 2009 study conducted by researchers from the University of Michigan and the Indiana University found a positive correlation between "positive orgasm experience" in women and increased testosterone levels.

Ronda Rousey's Sex Strategy: 'I Try To Have As Much Sex As Possible Before I Fight'
PHOTOS: Ronda Rousey 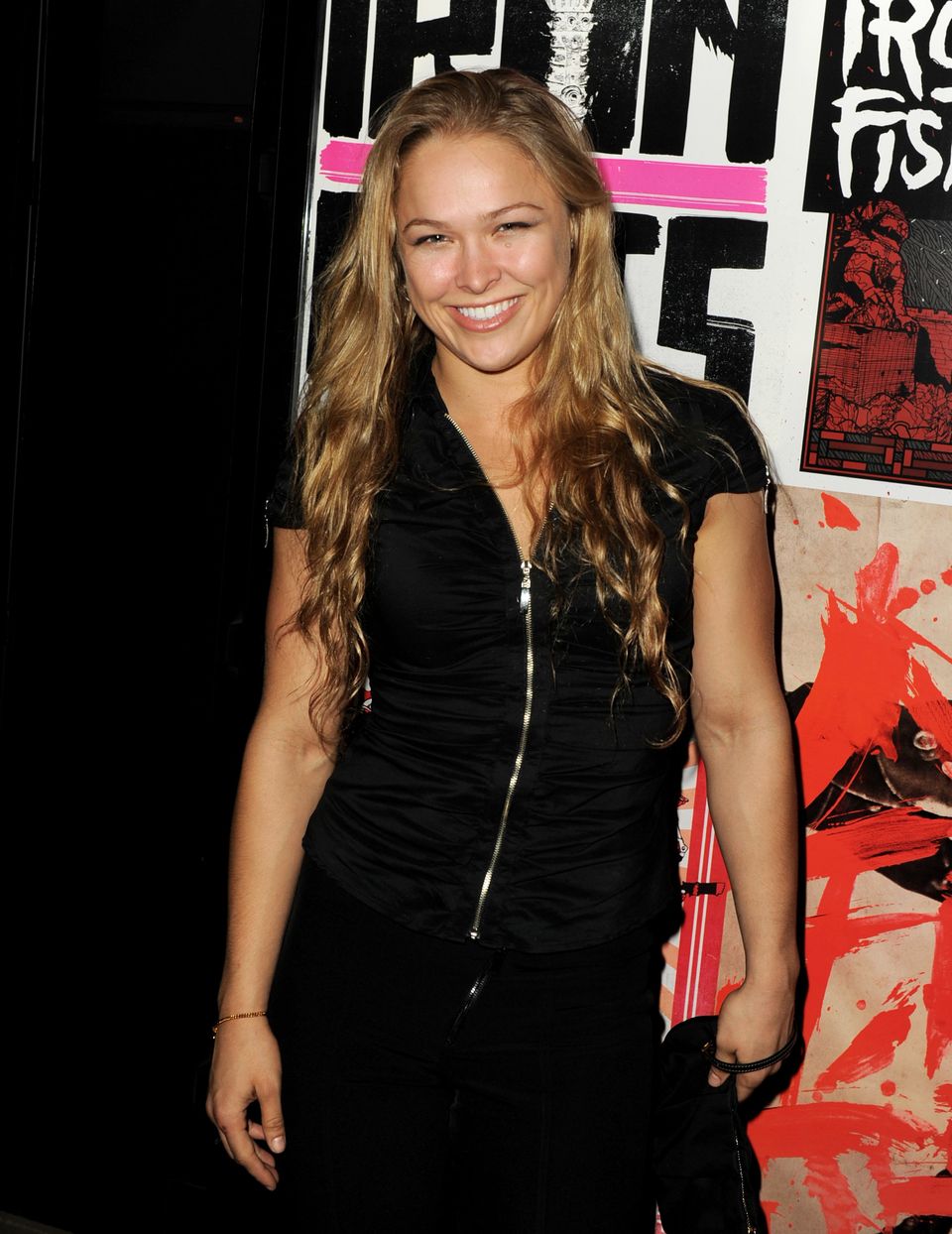