DES PLAINES, Ill. -- "Be safe everybody," a Kmart worker instructed customers here as they filed into the store at 6 a.m. on Thanksgiving Day, looking for deals on items such as headphones and clothes.

But the instruction may have been more of a formality. Once the dozens of people lined up outside the store were inside, they calmly browsed the aisles and compared prices on towels and toasters to those listed in the circulars they had brought along. 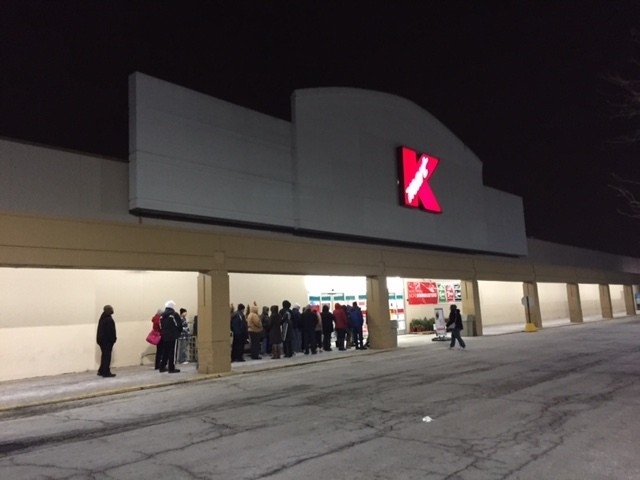 Welcome to the new Black Friday. It starts on Thursday or even earlier, lasts for days and isn't quite the harried environment of years past. The increased popularity of online shopping, combined with retailers' interest in capturing shoppers' limited dollars as early as possible, has made the one-day deal bonanza obsolete. Instead, this year Walmart, Target, Amazon and others offered days of deals starting in mid-November.

Sears, which is also owned by Kmart's parent company, Sears Holdings Corp., opened at 6 p.m. on Thanksgiving, two hours earlier than last year, and offered its longest string of doorbuster sales ever -- more than 1,000 deals over a 17-hour period -- said Jamie Stein, the vice president of public relations at Sears Holdings. The chain is also letting shoppers buy items online and pick them up in person at both Sears and Kmart stores. At one New York Kmart, more than 100 people stopped in Thursday in a period of just a few hours to pick up items they ordered online, Stein said.

"That's what we saw this year, not a Black Friday but a Black November," Stein said Friday. "In previous years, the focus on one day did create this craze, but was that the best for our customers? Now it's less of a frenzy but better in the end."

Crowds were reportedly thin at malls across the country on Friday morning. 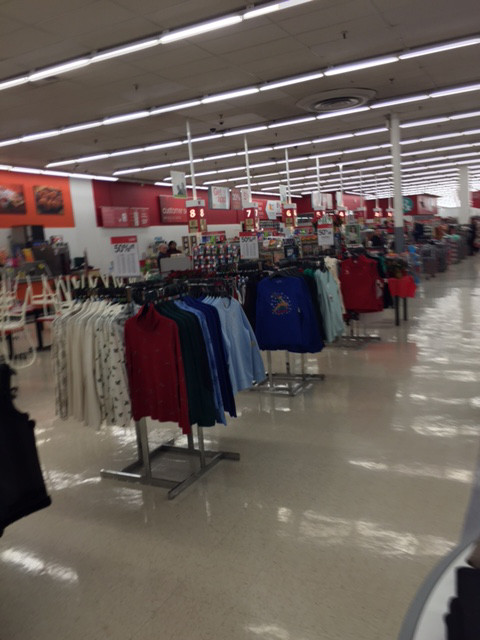 Of course, there were still some elements of the classic Black Friday frenzy at stores across the country. Stein said Kmart managers reported "consistent lines" at 6 a.m. openings Thursday, with 100 people waiting to get in on average.

The increased availability of earlier deals didn't change the holiday plans of Cindy Bergate and Nancy McFall, two shoppers who were browsing the shoe aisles here around 6:15 a.m. on Thanksgiving. The two said they've been Black Friday shopping with four other relatives for years.

After Kmart, they were headed home to cook and eat Thanksgiving dinner, then someone in their shopping crew would leave the meal early to get in line at Walmart. They said they also planned to hit Target and other stores and then head back out again on Friday.

"We're crazy," said McFall, 48, adding that she preferred the experience in years past when shoppers waited in line outside for hours.

Pam Pitakis, 53, who was browsing a rack of jackets that were 50 percent off, said she's nostalgic for the traditional Black Friday for different reasons.

"It's kind of annoying" that so many deals are on Thanksgiving, she said. Pitakis came to Kmart in the wee hours of the morning to get a tablet. "We'd rather just have it be on Black Friday." 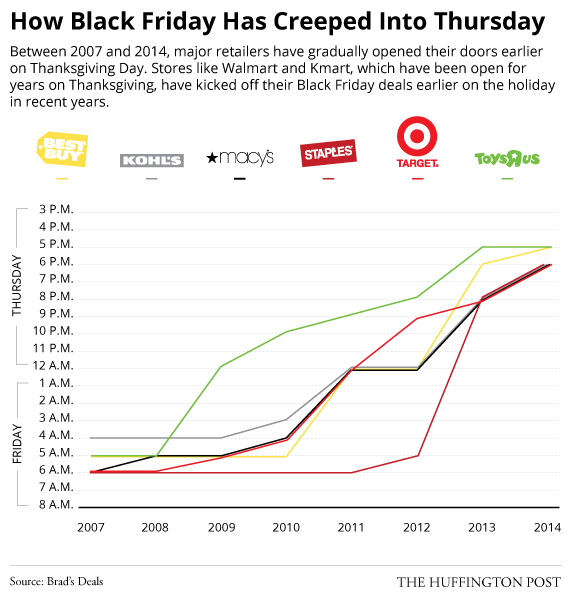 Stores have been opening earlier on Thanksgiving in recent years.

Kmart has been open on Thanksgiving for 23 years. But it's been a target of criticism in recent years, along with other retailers, as more chains moved their opening times and best deals to earlier on the holiday. Detractors deride the stores for requiring workers to come in on the holiday and compelling shoppers to rearrange their turkey dinners to make it in time for deals.

"I hate this time of year," one Kmart veteran who works in human resources in a California store told The Huffington Post earlier this month. Several others, who also requested anonymity to protect their jobs, expressed similar sentiments in interviews, saying they weren't given the option not to work on Thanksgiving.

Stein said the company "makes every effort" to staff its stores on the holidays with seasonal employees and volunteers before requiring others to come in. Many employees appreciate the chance to work the holiday because they're paid one and a half times their hourly rate, she said.

The retail giant sets holiday hours for Sears and Kmart based on feedback the company has heard from customers, Stein said. It's also an aim to stay competitive with other retailers.

Sears Holdings has been struggling for the past several years. The chain hasn't reported a positive quarter of same-store sales since 2005, according to Retail Metrics, a retail data firm. CEO Eddie Lampert has been using a controversial strategy to turn things around that critics argue has little to do with actually selling more stuff.

The company is trying to maximize the value of its real estate by selling hundreds of its stores to a newly formed real estate investment trust and renting out space to stores such as Whole Foods, Dick's Sporting Goods and others. It's shuttering other, underperforming locations by the dozens.

"It's a very difficult scenario that they find themselves in," said Ken Perkins, the founder of Retail Metrics. "There's no buzz."

Those difficulties are compounded by the struggles facing other retailers that cater to low- and middle-income shoppers. Slow wage growth has meant that most Americans have limited money to spend in stores. Chains are ramping up the deals all month in hopes that strapped Americans will spend their money in their stores, but the traffic and high volume of purchases at steep discounts may do little to actually help their bottom lines, according to Mark Cohen, the director of retail studies at Columbia Business School.

Sears and Kmart "are attempting to participate aggressively," said Cohen, a former CEO of Sears Canada. "At the end of the day, it's all for naught. This entire Black Friday window of hyper-promotion is really a race to the bottom for all retailers participating."