Syfy announced it has ordered a sequel to "Sharknado," its 2013 TV movie that set the Internet ablaze, set to debut in 2014. This time, the sharks will rain from the sky in New York. No word on whether Ian Ziering and Tara Reid will reprise their "Sharknado" roles, however both have said they're down to battle the superstorm of sharks once again. Syfy has confirmed no casting decisions have been made at this time.

"Sharknado 2" is just the working title, the movie will get an official title with an appropriate subtitle after a Twitter contest. To enter, fans can tweet their subtitle to @SyfyMovies using the tag #Sharknado. Syfy will select the best submission and use it as the subtitle for "Sharknado 2."

“Every once in a while, there is a perfect storm -- on television. The fans are clamoring for a sequel. Or perhaps it will be a prequel," Thomas Vitale, executive vice president of programming and original movies at Syfy, said in a statement. "What we can guarantee is that 'Sharknado 2' will be lots of fun. We’ll be announcing more details very soon. But we didn’t want our fans to worry they wouldn’t get their fill of more shark fin, I mean, fun next year.” 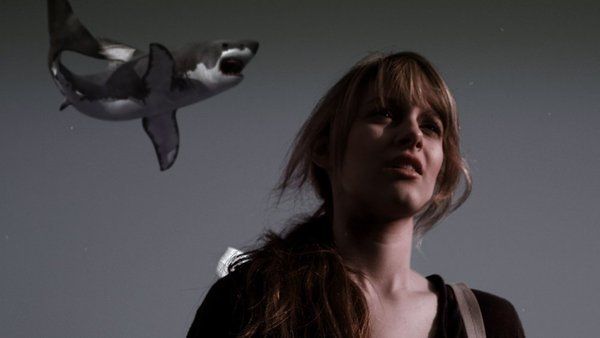