I woke up feeling sick from a stupid cold that I can't shake, and things frankly just got worse from there.

During the night the puppy, who at the age of 13 months should really know better, got into the cabinet under the kitchen sink and ate the expensive-looking tube of mystery cream my husband gave me in my Christmas stocking. It is a product I'd never heard of and never knew I needed; apparently you use it to condition cutting boards. Instead it might kill the dog by sundown.

And did I mention exactly how the dog was able to get into the cabinet? Because the temperature was forecast to drop below zero last night, and some chirpy Facebook post told me I should leave the under-sink cabinets open so my pipes wouldn't freeze.

Well, the pipes indeed did not freeze, so thanks for that, Facebook. But I have a maybe-soon-to-be-dead dog and, even worse, cutting boards that now will never be conditioned. And as I was cleaning up what remained of the cutting board product packaging, I snapped at my 15-year-old because he wanted a ride to school (a reasonable request, as it was, uh, 6 degrees Fahrenheit), and of course he responded by yelling at me, because that is the dynamic when you combine a hormonal 15-year-old boy who isn't a morning person with a sick working mom who used to be a morning person until dogs and children ruined her life. 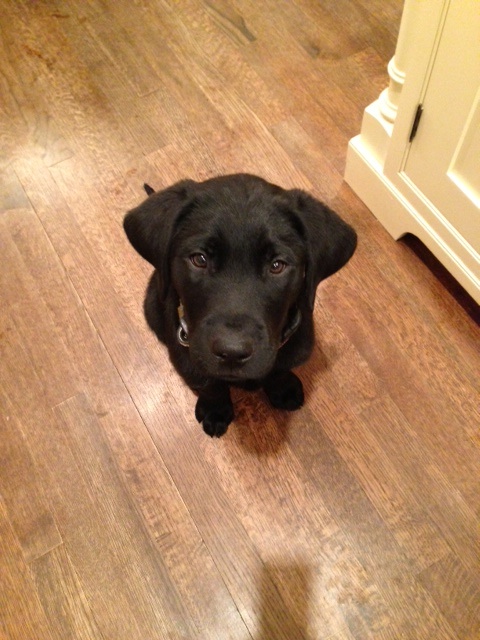 It did about 10 months ago. But this is what he looks like now: 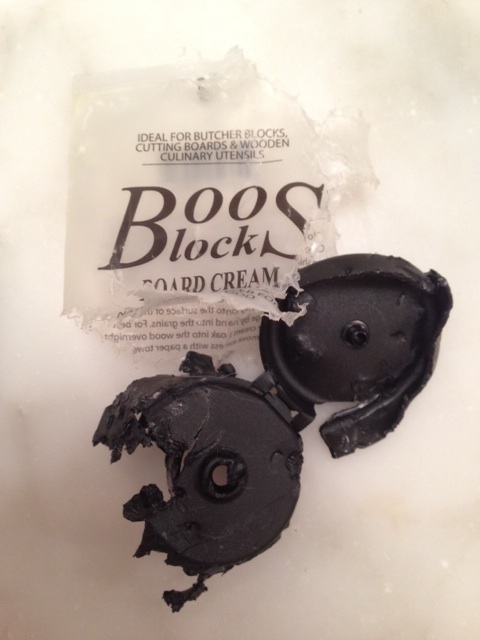 Do I sound cranky and irritated and like an altogether unappealing human being because I can't just 1) count my blessings, 2) put it all in perspective, 3) go Zen, or 4) put on a happy face? No doubt. But, hello, that is real life, no matter what all your friends and frenemies are telling you on Facebook, Twitter, Pinterest, Instagram and 27 other social media platforms that haven't even been invented yet. And once those new platforms arrive, they will just be new instruments of torture for those of us who like to think there is a shred of honesty left in the world and actually take social media posts from friends/frenemies at face value, because a naïve belief in honesty just leads to the soul-crushing sense that everyone has a perfect life but you, that no one else's dog ever eats the cutting board conditioning product before you've even had a chance to try it, that no one but you snaps at one of her children for making a completely reasonable (in fact, frostbite-preventative) request, and that you therefore are an inferior person with an inferior life. And so you might as well just throw your iPhone onto the tracks of a speeding train, or go live in a cave.

A few months ago a handful of us were sitting around in the Real Simple editorial offices and complaining about faux-perfection on social media when Deputy Editor Danielle Claro remarked that once, just once, she wanted to see someone she knew post a photo of a demolished bag of Oreo cookies with the message "Just ate the whole thing, and now I hate myself even more." We all laughed and laughed, and then, in a triumph of group dynamics, the laughter led to a fantastic idea.

And so today Real Simple launches Get Real on the Internet Week. For every day until Friday, we're encouraging people to be completely honest when they post on social media. Real Simple staffers (starting with yours truly) are no exception -- we'll kick things off with unfiltered glimpses of our own lives on Twitter, Facebook, and Instagram. What you see might scare you. Or make you feel a lot better about yourself. Or a little bit of both.

So if you want a dose of reality on social media, join us by using the hashtag #rsgetreal. Then visit RealSimple.com for more, including a hilarious caption game where you can tell us what's really happening in those annoyingly perfect Facebook pictures, plus a photo album of Kodak moments gone awry. We've even gotten a few of the most Pinterest-worthy bloggers to contribute some doozies from their blooper reels. And, as always, there will be plenty of practical advice from social media experts as well. Sign up for the daily newsletters at realsimple.com/getreal to stay up to date on all the details.

In case you're wondering, the 15-year-old and I are on speaking terms again, and, per the vet, the most lubricated dog in America will live to see another day. But there's a full package of Oreos in my pantry, and it's just calling my name. If I eat the whole thing, I promise to tweet about it. Unless my puppy gets to it first.