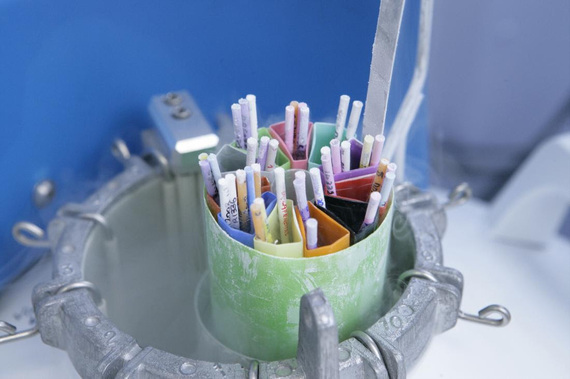 Access to critical information -- and honesty of donors -- must be a rule.

Recent reports of parents suing a large U.S. sperm bank, Xytex, because their donor was found to have a case of unreported schizophrenia as well as an unreported criminal history that included jail time have raised a lot of questions: Do these families have the right to be upset with the donor? Should he have self-reported his updated medical information and criminal record with the sperm bank? Should the burden be placed on the sperm bank?

This case highlights the lack of regulation and oversight in the sperm-donor industry. These parents only learned of the donor's past by connecting with other families on the Donor Sibling Registry, of which I am the director, and on Xytex's own website. How long will we continue to see the repercussions of an industry that exhibits a lack of accountability, ethics and responsibility that we would normally expect in any other medical arena?

All too frequently, the Donor Sibling Registry counsels children of sperm donors who inherit undisclosed genetic disorders, discover that their donor was dishonest about his medical history, or find that the sperm bank didn't notify them about reported illness or amend their donor's medical profile. These types of situations have been reported for decades.

The number and severity of these incidences is discomfiting. Families clearly need to be warned about possible hereditary disorders.

Since donors can father many offspring, donors can potentially transmit disease to scores of children. Currently, many sperm banks either refuse to update donor/offspring medical information, or, even if they accept updates, are unable to share the information, as many do not have an accurate accounting of all children born from any one donor. Sometimes they can make the process of reporting so complex or expensive that donors and recipients simply cannot afford to comply.

According to Donor Sibling Registry research, 84% of its sperm donors surveyed were never contacted for medical updates, and almost a quarter of them said they or close family members had health issues that would have been important for families to know about.

Too often the medical profile of a sperm donor is merely a snapshot of one day in the life of a healthy young man. It often doesn't reveal what will happen five or 10 years down the road to the donor or to members of his immediate family.

The Food and Drug Administration requires sperm banks to test for STDs and a small handful of other diseases. Most sperm banks also obtain a self-reported personal and family medical history in order to identify any recurring issues that may be genetic in origin. And some conduct basic testing to detect specific mutations of specific genes and check for carrier status of the most common genetic conditions, such as cystic fibrosis and spinal muscular atrophy.

But without full genome sequencing, it is impossible to know about the thousands of other genetic conditions that have been discovered so far. And since many diseases, like schizophrenia, often do not affect people until they are adults, without a clear channel for communicating and updating medical information among families and donors, we will continue to hear about stories like this one.

This is an international issue. The large U.S. and Danish sperm banks claim to ship sperm to clinics in more than 40 and 50 countries worldwide. To protect donors, recipients and offspring, we must implement oversight and regulation by an independent authority. Its first orders of business should be to require accurate record keeping, limits on the number of children born for any one donor, and compulsory genetic and psychological testing of all donors.

This commentary was published in TIME magazine on 4/25/16.