The five motorcycle clubs involved in last weekend's deadly shootout at a Twin Peaks restaurant in Waco, Texas, had gathered to hash out differences. But tensions over turf between two rival gangs, the Cossacks and the Bandidos, derailed the talks and led to violence, an expert told The Huffington Post.

Although the gangs have been rivals since they formed in Texas in the 1960s, the immediate feud that led to Sunday's gunfight can be traced back to a stabbing two years ago, according to James F. Quinn, a University of North Texas sociologist who has studied biker gangs.

"Back in 2013 there was a stabbing involving the Bandidos and a couple of Cossacks in West Texas," Quinn told HuffPost Live on Wednesday. "So there's been bad blood between these clubs for quite a while."

The situation was further exacerbated when the Cossacks and the Scimitars (a club the Cossacks are set to absorb) rode into the meeting wearing vest patches that made claims on the Bandidos' turf.

"The Bandidos were highly offended by that, because the Bandidos claim Texas," he added.

Quinn said things escalated after a biker's foot got run over in the Twin Peaks parking lot, which led to a confrontation in the establishment's restroom. Despite the presence of uniformed police in the vicinity, the meetup exploded into violence. Witnesses said bikers began brawling inside the restaurant, then spilled outside.

"The guns came out and things hit the fan," Quinn said.

At one point, as many as 30 gang members were shooting at one another in the parking lot, according to The Washington Post. Nine bikers were killed in the shootout. Police made 170 arrests. 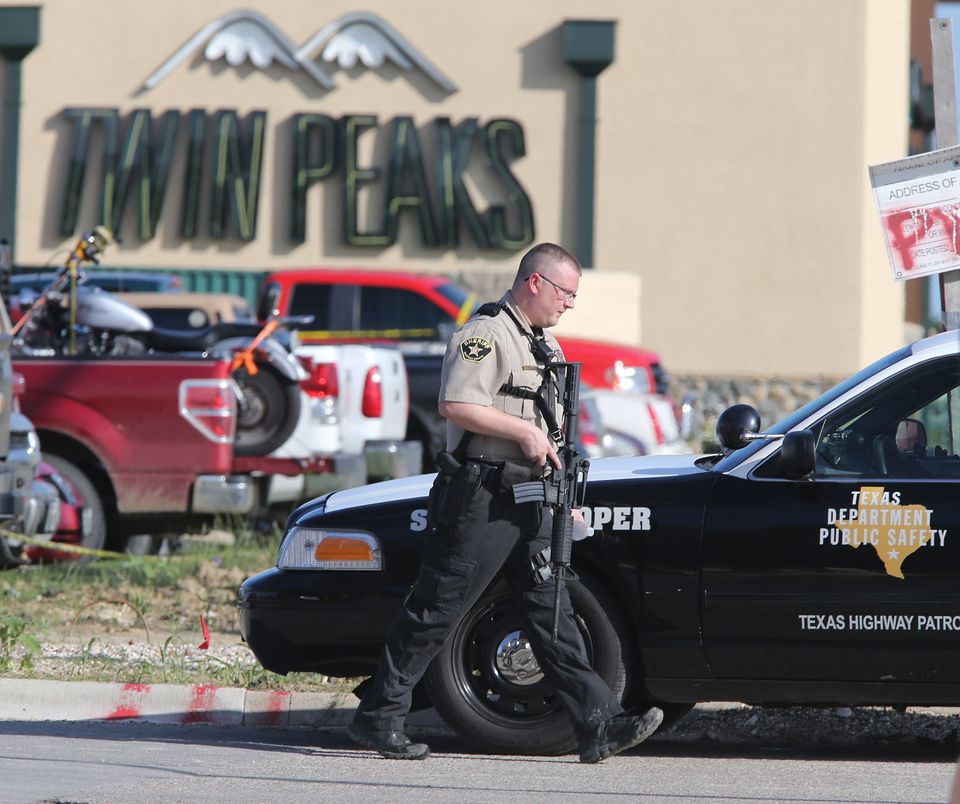 1 / 10
Waco Shooting
Authorities investigate a shooting in the parking lot of the Twin Peaks restaurant Sunday, May 17, 2015, in Waco, Texas. Authorities say that the shootout victims were members of rival biker gangs that had gathered for a meeting. (AP Photo/Jerry Larson)
ASSOCIATED PRESS