Warning! “A Quiet Place” spoilers below. Proceed with caution.

It’s time to nail a few things down.

John Krasinski’s new horror movie, “A Quiet Place,” does a pretty good job of answering viewers’ lingering questions, but a few essential ones are still bothering us. For example, why would a couple risk having a baby in a world that’s riddled with sound-sensitive monsters?

(In this world, if you make a noise, “Stranger Things”-like monsters come after you, and it’s not cute. So risking going through labor, an activity that typically involves screaming, seems like a bad idea.)

Beyond that core dilemma, there’s another worrisome issue that sets in motion the harrowing events of the movie’s second-half, and it needs hammering out:

Why didn’t someone do something about that nail in the stairs?

The nail has been haunting us ever since we saw the movie (and we’re not the only ones), so we reached out to the “Quiet Place” producers for some answers.

But first, a little background on the nail. Here’s how a small metal spike became the movie’s most perturbing antagonist:

Early on in “A Quiet Place,” Emily Blunt’s character, Evelyn, is doing laundry and, in the process of bringing a laundry bag up from the family home’s basement, catches a nail in the steps. After she pries the bag free, the nail is left sticking up like a ticking time bomb just waiting for someone to step on it.

Skip ahead a bit and, with the rest of her family gone from the house, pregnant Evelyn’s water breaks.

She heads down to the basement seemingly in an effort to initiate a warning message to her absent husband and children (by hitting a switch, she can illuminate a string of red lights on the property, which the sound-sensitive-but-blind monsters can’t detect). And that’s when she steps on the nail (barefoot, because shoes would make sound), causing her to smash a picture frame she was carrying ― and signal to the monsters that it’s dinner time.

The noise draws the always-lurking creatures into the house and sets the stage for a number of close and deadly encounters between them and the family.

And through it all, no one does anything about the nail. It just sits in the stairs the rest of the film, taunting us, waiting to jab someone else.

Like when the kids come down the basement stairs before making a final stand against the monsters, and you’re just waiting for someone else to step on the nail and cry out. By the grace of the movie gods, no one does, but it drives everyone mad.

Hey, is someone going to deal with that frickin' nail in A Quiet Place 2? It's driving me crazy. #quietplace

The scariest part of A Quiet Place was that fucking nail. Had me on edge the whole time thinking someone else was gonna step on it 🙄

spoiler alert for a quiet place: uh why did she not move the nail. bitch i had anxiety abt it the entire movie.

The scariest part of A Quiet Place isn’t even the monster but THE NAIL ON THE STAIRCASE!

If you have seen A Quiet Place can we just talk a minute ab that dang nail. THE ANXIETY

In an interview with producers Brad Fuller and Andrew Form, we asked about the movie’s real villain, the nail on the stairs. First and foremost, they told us that the nail stayed where it was because it would have been too noisy for the family to remove.

“They can’t knock [the nail] down,” Form said. “It’s too loud. I can’t imagine a hammer trying to get it out.”

“They can put an orange cone over it, a little orange cone,” Fuller joked.

As you might’ve guessed, the producers seemed to enjoy how much the nail messed with people. “We do know when everybody sees the movie they’re expecting everyone to step on that nail every time they come down the steps,” Form added.

“I really felt that when the kids go downstairs in the third act and the nail’s there...” Fuller said, letting Form finish his sentence: “When the daughter goes down alone, the entire audience, they can’t even look at the stairs.”

So, yeah, there’s a practical purpose. The nail is there to mess with you.

As to how a nail could end up sticking straight out of the stairs like that, at least one fan of the movie said a similar thing happened to her family in real life.

@johnkrasinski loved a quiet place as a mom, the silo scene stressed me out just a bit and the nail actually happened to my sister as a kid- hope Emily had her tetanus shot

It’s probably safe to assume that situation was sans monsters.

And for anyone wondering if we’re going to see the return of the cast (and possibly the nail) in “A Quiet Place” sequel, Fuller told us, “I’d love to stay quiet with this cast for as long as possible.”

“Whatever that would take,” he added.

We’re guessing it would take some better built stairs. 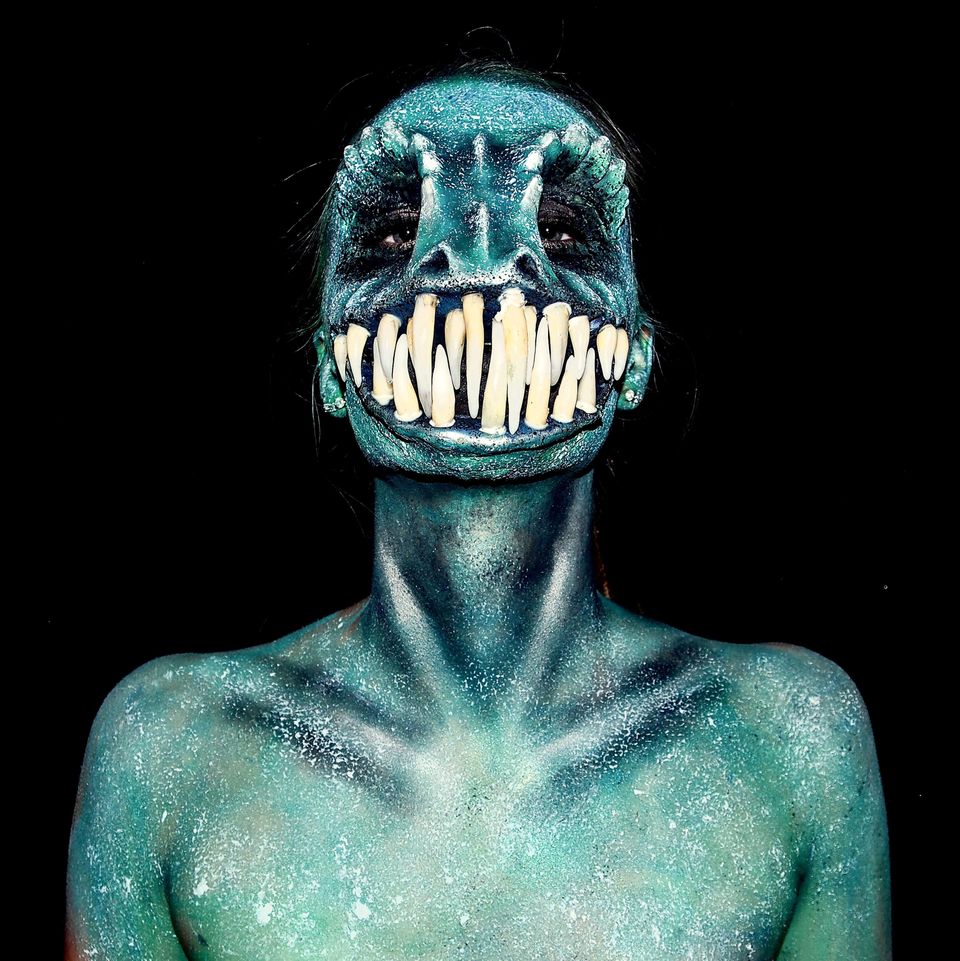