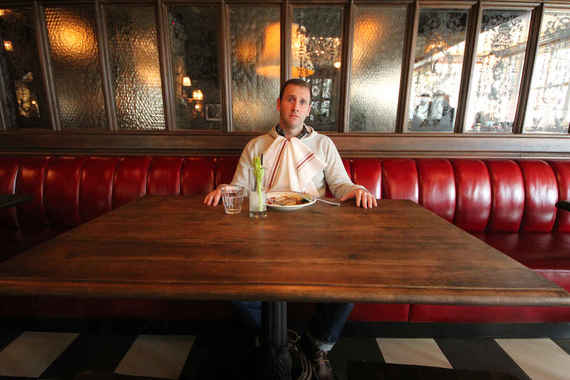 If you're reading this, then you already know: at some point in the next week, month, or year, you, too, will eat out alone. It happens to all of us.

Despite having a wife, a family, and all the people I met in the Intimate Romance Garden on Second Life who I sometimes feel know me better than I know myself, I spend much time traveling and exploring new restaurants in random cities and, often, that means going to these places and re-enacting that scene from Forgetting Sarah Marshall where Jason Segel is weirdly naked in every scene... and has to ask Jonah Hill for a table for one.

But alas, dining by yourself doesn't have to be a heavy hearted exercise in desolation and mozzarella sticks. So, here are some quick and vital tips to making the most of your solitary eating experience: 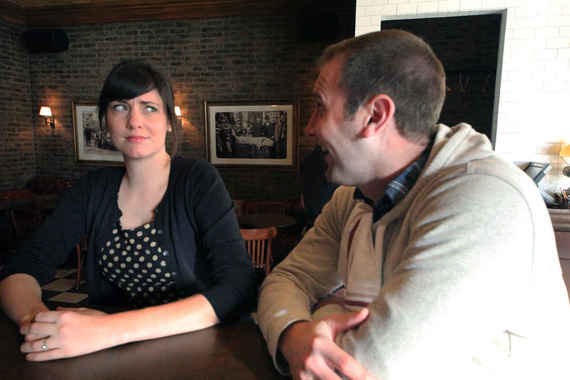 Eating at the bar is one of the most underrated activities in the world -- not only are bar menus often better, more casual, and cheaper than the real menus, but the crowd at the bar is social, and you can often find yourself engaged in the timeless act of eavesdropping on other people's conversations about their sexual proclivities and problems with Rick, even if they don't want you to! Also, there is nothing better than keeping a bored, but cool bartender company on a slow weeknight and suddenly finding yourself tasting new apps, getting extra pours of booze, and hearing more stories about Rick. That dude is shameless.

You know who we're talking about. The solo diner at the bar so eager to engage with everyone else that he constantly has his head on a swivel looking for someone to even slightly make eye contact with so that he can ask them if they've ever seen the show Blue Bloods. Let the conversations happen organically. Treat it like an airplane seat. If the person next to you is in it for the long haul and wants to engage, they'll give you the social cues. And just in case that doesn't happen...

More: What Your Starbucks Order Says About You 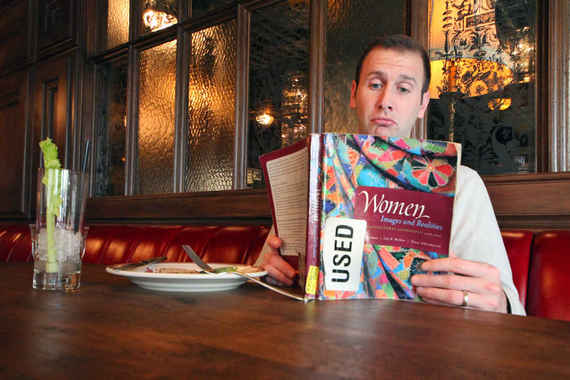 Sure, there is a chance that you will run into Bill Watterson, and you two will bond over your mutual love for those Calvin and Hobbes comics featuring the Transmogrifier, and you will never need to read a thing. But there is also a chance that no one else will be around, or you will want to ignore them because they have crazy eyes and like Blue Bloods, or just asked if you wanted to buy some "stepped on stuff", so it's best to have something to peruse. I favor softcover paperbacks, because they fit easily into one's coat/that's how most of the Nancy Drew novels I purchase used on Amazon are sold.

4) But maybe not a gigantic book. Or a weird magazine.

No one is saying that coffee table book of tattoos shaped like Eastern European countries isn't cool (...), it's just taking up a lot of bar space, and you've got to eat all those mozzarella sticks, remember?

We've still got more tips to make your solitary dining experience go as smooth as possible, so check 'em all out on Thrillist.com!