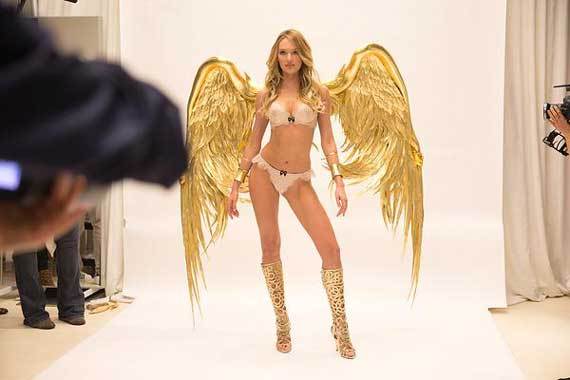 Are you ready for this? There are just 13 days to go until we see some of the world's most beautiful women take to the VS runway for the lingerie brand's annual fashion show, and we can hardly stand the wait! While the casting news alone had kept us entertained in the weeks leading up to the big event, this week gave us the first look at a number of the Angels' runway looks (aka wings, wings and more wings!)

So, what can we expect from this year's show? To start, Adriana Lima and Alessandra Ambrosio, the brand's longest-reigning Angels, will make history in the brand's Dream Angels Fantasy Bras (that's bras, plural) valued at $2 million apiece. The Brazilian bombshells will walk side-by-side in the Exotic Traveler portion of the show-- other categories include Gilded Angels, Dream Girls, Fairy Tale, University of Pink and Angel Ball.

As for the gilded gals, both Candice Swanepoel and Lindsay Ellingson will take the stage adorned with giant golden wings and matching knee-high gladiator-style boots. "I love all the gold, I'm obsessed with gold because it matches my skin tone and my hair," Lindsay told us at her fitting. "I think it's gorgeous and I have to say it's my favorite look of all time." 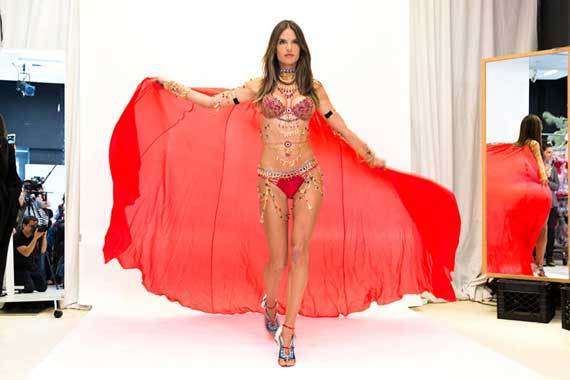 Walking in the Dream Angels section will be all-American stunners Lily Aldridge and Karlie Kloss. In her behind-the-scenes interview with Hollywood Life, Lily reveals a first look at her outfit which feature large, black feathery wings, a white corset and black thigh-high stockings, while over at InStyle Karlie showed off her dragonfly-inspired look that was custom designed for her by famed wing designer Serkan Cura.

Meanwhile, Behati Prinsloo and Doutzen Kroes showed off their black lacy looks for The Coveteur and Harper's Bazaar respectively. Behati for one looks particularly stunning in a black and blue tulle skirt and corset look, while Doutzen's dramatic feathered train and giant wings are heavenly to say the least.

Finally, while she's not technically an Angel, Lily Donaldson will have the honor of wearing this year's main Swarovski piece. Featured in the Fairy Tale section, the British model will walk the runway in a purple-winged fairy costume, comprised of 150,000 Swarovski crystals, which Cura revealed to WWD weighs about 40 pounds. Now that's a workout!

Of course, we'll continue to keep a close eye on any developing news regarding the Victoria's Secret Fashion Show. In the meantime, head here for an updated list of the models confirmed for the show thus far and scroll down for a first look at the Angels's runway looks! 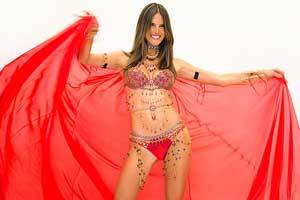 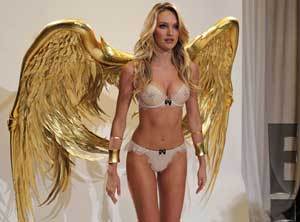 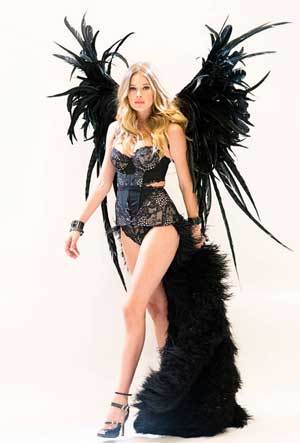 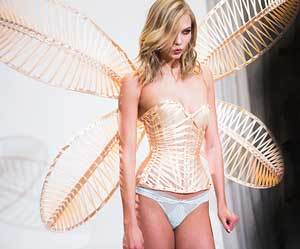 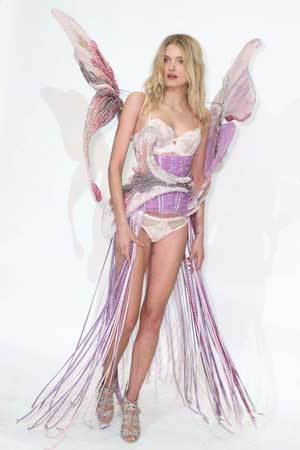 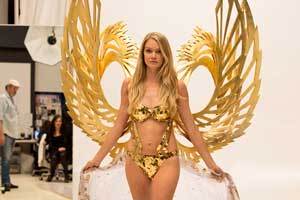 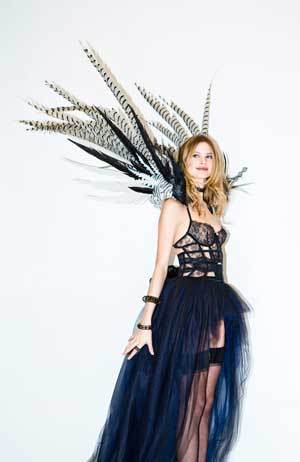 Behati Prinsloo (via The Coveteur)

See What it Takes to be Cast in the Victoria's Secret Fashion Show!

Your one stop for everything models.