Last month, I had the privilege to be one of the first to taste The Glenlivet Vintage 1964 and the Vintage 1966, the first releases of the The Winchester Collection, a series of 50-year-old single malts named after master distiller Alan Winchester. 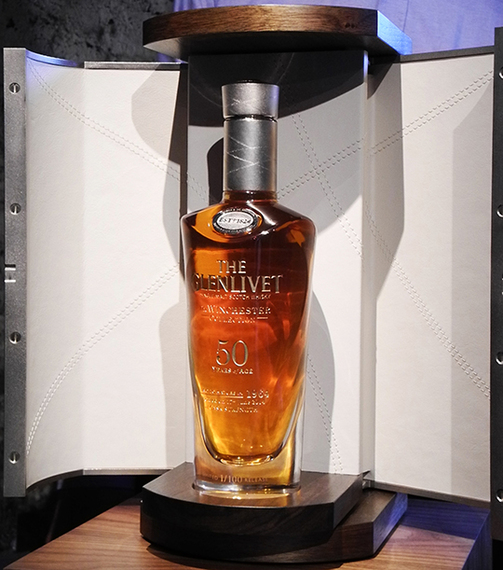 The first release of the collection was put down for maturation in 1964 by Captain Bill Smith, the last descendant from the founder of The Glenlivet, George Smith. Aged in 100% American Oak ex-bourbon barrels, the Vintage 1964 is a gorgeous, intensified version of the iconic flavors found in The Glenlivet. 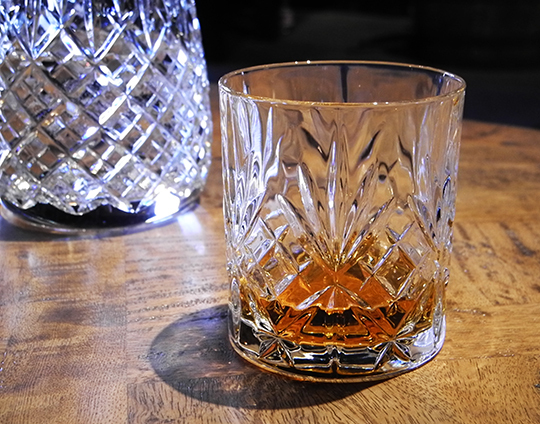 The 1964 is a rich golden hue and has a nose of pear, lemon citrus, tropical fruits, green apple, mandarin orange, with a hint of vanilla. On the palate the pear comes through first, followed by baking spices and toffee from the ex-bourbon casks, flavors of brûléed orange, cherry, and cocoa hit the mid-palate, and finishes with a lovely anise flavor. With just a few drops of water this exquisite whiskey becomes incredibly creamy and releases flavors of pineapple, coconut, white peppercorn, and heathered honey.

Only 100 bottles of this exquisite whiskey are available worldwide. The first of which, Bottle No. 1, will be available at Harrod's in London October 1 for a price of $25,000, and is sure to be a coveted bottle by collectors.

The rippling glass bottle was designed by the Scottish glass artists Nichola Burns and Brodie Nairn of Glasstorm, and is topped with a Rose-Gold and whiskey-colored Cairngorm Stone stopper made by silversmith Richard Fox. The black walnut and white leather presentation cabinet, designed by John Galvin, comes with a hidden gilded key, and upon opening the wood doors the bottle moves forward, begging to be tasted. 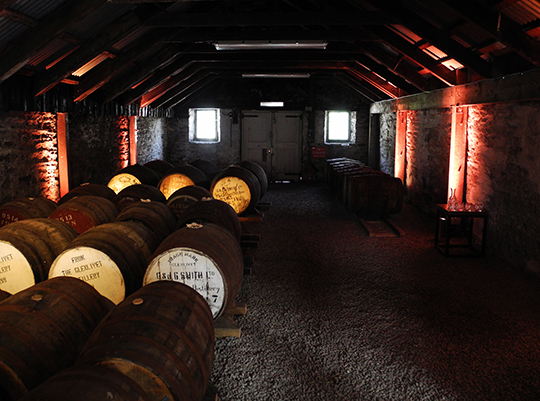 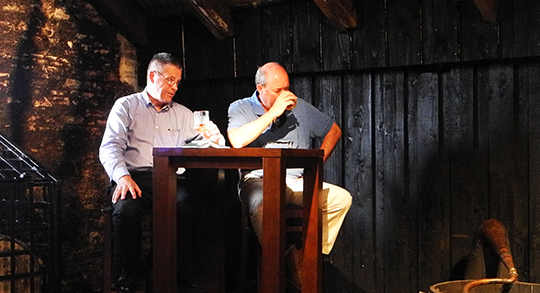 And what does the Winchester Collection mean for The Glenlivet? "I hope that it will provide an extra dimension to the fine selection of whiskies that we already offer," explains Mr Winchester, "We are fortunate to have such a strong portfolio that reaches a wide range of customers, from the younger, more accessible whiskies, through to our exciting limited editions and Nàdurra range. With The Winchester Collection, we now have an exceptional rare and special 50 year old spirit that strengthens the diversity of our portfolio even further, whilst continuing to offer the flawless quality found within every bottle of The Glenlivet." 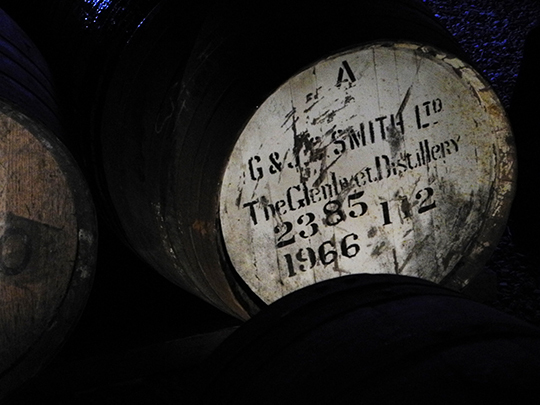 The Next Release: The Vintage 1966 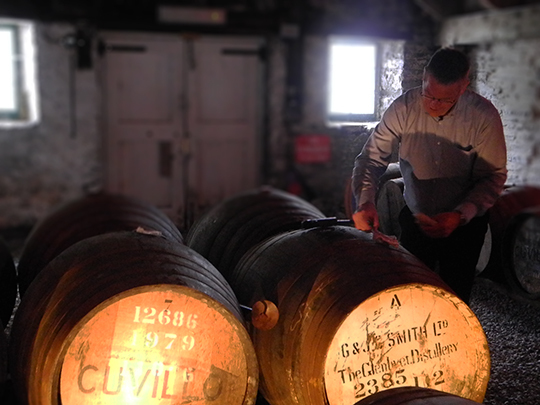 I also had the privilege to taste the next release, the Vintage 1966, aged in ex-sherry casks. Mr Winchester opened the cask for us, and pulled out a dark molasses looking whiskey. On the nose this whiskey was reminiscent of a black strap rum with flavors of toffee, orange peel, candied anise. On the palate the Vintage 1966 was very tannic with flavors of coffee, bitter charred orange peel, charcoal, with a mint on the finish. With a touch of water the whiskey becomes brighter on the nose opening more orange aromas, and brings out flavors of orange marmalade, pink peppercorn, and baking spices. I am interested to see how Mr Winchester decides to cut this particular barrel, I tasted it at cask strength and would love to taste it again as a finished product. 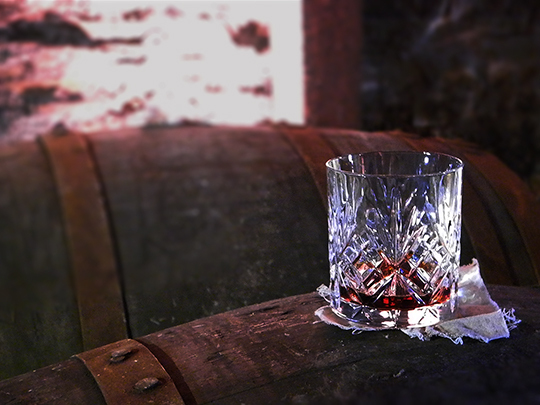 On first glance the Vintage 1966 is a radically different whiskey than the vintage 1964 - it is different in color, maturation, and flavor. It makes a lot of sense that the first release of the Winchester Collection would be a cannonical masterpiece of The Glenlivet portfolio. The second release however, hints at the diversity in flavor that we will likely see in the entire collection.

It has not been announced how many bottles will be part of The Winchester Collection or when they will be released, but it can be guaranteed that the set will showcase a diverse range of styles and flavors, highlighting the possibilities of The Glenlivet. One thing is certain, for those who are lucky enough to collect the complete set of The Winchester Collection, it will be an impressive and extremely valuable collection of 50-year-old vintages. 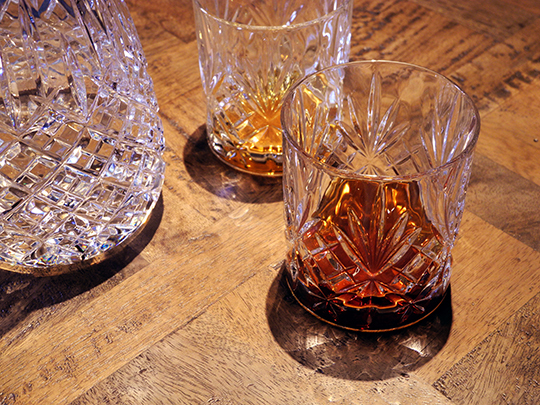