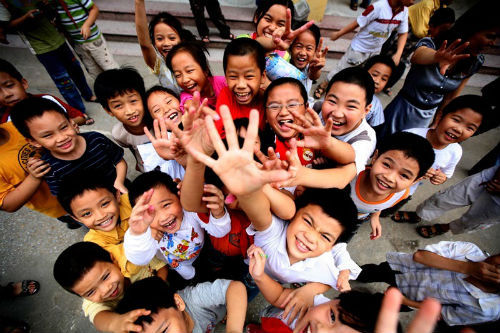 "Two things more than anything surprised me: first of all, the willingness of schools to support one another, even in a policy context that emphasizes competition; and second, the extent to which politics was such a massive barrier to the creation of a context within which such collaborations can grow." -- Mel Ainscow

The new book by Mel Ainscow, Professor of Education at the UK's University of Manchester, Towards Self-improving School Systems: Lessons from a City Challenge, documents how ten years of research and work was used to shape a highly acclaimed city-wide improvement initiative involving over 1,100 schools. Ainscow's model offers a number of key strategies. The first is increasing school-to-school collaboration, and the second is increasing school-to-local collaboration so that local businesses, universities and colleges, faith groups, academy sponsors and the media all develop working relationships with the school. His approach further recommends a much greater emphasis on improvement from within, requiring teachers - particularly those in leadership positions - to see themselves as having wider responsibility for all children and young people, not just those that attend their own schools. In his brilliant forward for the book, Andy Hargreaves (Boston College) writes, "This is one of the most extraordinarily powerful books on school improvement and positive systemic change I have ever read. And it bears a message that the world needs to acknowledge."

Mel Ainscow is Professor of Education and Co-director of the Centre for Equity in Education at the University of Manchester. He is also Adjunct Professor at Queensland University of Technology. Previously a school principal, local education authority inspector and lecturer at the University of Cambridge, his work focuses on ways of making school systems effective for all children and young people. Her Majesty the Queen awarded him a CBE for services to education in 2012. Mel joins me today in The Global Search for Education. 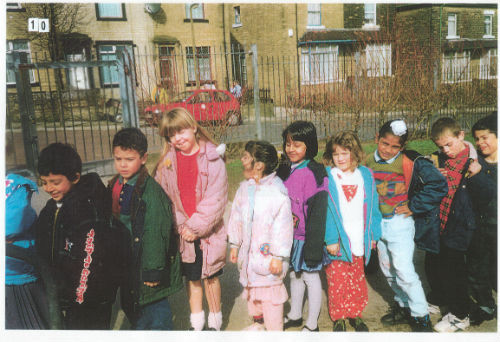 "Educational market places need some form of checks and balances. The approach presented in Towards Self-improving School Systems provides a new way of thinking about how this can be achieved." -- Mel Ainscow

Mel, what inspired the Greater Manchester Challenge? What was the most surprising result of this project and why?

The Greater Manchester Challenge, a 50 million pound initiative to improve the quality of education provided for children in over 1,100 schools, was instigated because of Government concerns about the performance of schools. Building on the success of a similar initiative in London, the project gave me an unprecedented opportunity to put into practice on a grand scale ideas and strategies that had emerged from research I had carried out with colleagues over many years.

Two things more than anything surprised me: first of all, the willingness of schools to support one another, even in a policy context that emphasizes competition; and second, the extent to which politics was such a massive barrier to the creation of a context within which such collaborations can grow.

How has your research inspired other schools in the UK?

The success of City Challenge in London and Greater Manchester has led to an explosion of similar initiatives across the UK. Frankly, some of these are a pale imitation, with little chance of success, usually because they lack a political mandate.

Currently, I am leading another initiative that has a definite mandate for change. Schools Challenge Cymru is the Welsh Government's multi-million pound flagship initiative to improve schools across the country. The program is focused on 40 secondary schools, known as the 'Pathways to Success'. Chosen because they serve communities where there are high levels of economic disadvantage, these schools have been invited to innovate in order to find ways of working that can achieve rapid progress. The lessons from their work are intended to stimulate wider reforms across the Welsh education system. 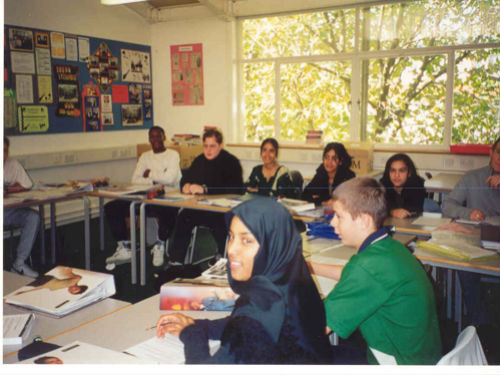 "Policy makers must recognize that the details of policy implementation are not amenable to central regulation. Rather, these have to be dealt with by those who are close to and, therefore, in a better position to understand local contexts."
-- Mel Ainscow

Is your research specific to the UK or do you believe it can be applied to other school systems around the world?

It is increasingly evident that, around the world, national education policies are encouraging more schools to become autonomous; for example, in Australia, the independent public schools; the academies in England; concertado schools in Spain; free schools in Sweden; and charter schools in the USA. Such developments have the potential to open up possibilities to inject new energy into the improvement of education systems. On the other hand, they can lead to a dangerous fragmentation that will, I fear, further disadvantage learners from poorer backgrounds. All of which suggests that 'educational market places' need some form of checks and balances.

The approach presented in Towards Self-improving School Systems provides a new way of thinking about how this can be achieved. This requires that the 'checks and balances' come from mutual accountability amongst all of the stakeholders. In his foreword for the book, Andy Hargreaves suggests that this approach involves: "...working with the community, not against it; investing in professional and community capital; reviving rather than removing local community and democracy; collaborating with competitors; and being pragmatic about means in the pursuit of ideologically unshakeable ends."

Do you believe that governments are convinced that ground-level collaborations are more important than top-down policies?

My work with governments in many parts of the world suggests that they are usually wedded to top-down efforts to improve their education systems. On the other hand, my experience also shows that in order to make use of the power of collaboration as a means of achieving both excellence and equity in schools, governments need to foster greater flexibility at the local level. In this way, practitioners are given the space to analyze their particular circumstances and determine priorities accordingly. This means that policy makers must recognize that the details of policy implementation are not amenable to central regulation. Rather, these have to be dealt with by those who are close to and, therefore, in a better position to understand local contexts. 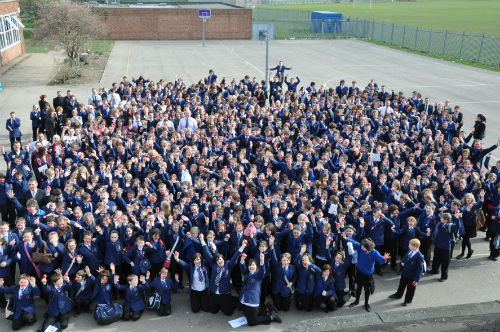 "The strategies developed in Greater Manchester helped to foster new, more fruitful working relationships: within and between schools; between schools and their local communities; and between national and local government." -- Mel Ainscow

How can schools and teachers make steps to enacting some of the strategies you propose in your book?

The approach I recommend starts from an assumption that schools have the capacity to improve themselves, particularly if they do that together. The obvious implication is that teachers and school leaders are the key to successful change. With this in mind, the strategies developed in Greater Manchester helped to foster new, more fruitful working relationships: within and between schools; between schools and their local communities; and between national and local government.

A useful theoretical interpretation that can be made of these strategies is that, together, they helped to strengthen social capital across the city region. In other words, they facilitated relationships across different levels of the system that established many new pathways through which energy, expertise and lessons from innovations could spread. At the same time, the greater awareness of what was happening elsewhere often challenged expectations as to what is possible, particularly amongst students from economically disadvantaged backgrounds.

How much do schools need governmental support to enact the strategies you outline? What role do other constituents play?

A recent report by Centre Forum has pointed out that the success of the City Challenge program was as a result of high-level sponsorship and support from politicians and policymakers. Having reviewed the increasing number of projects that are trying to put similar thinking into practice, the report notes that these are predominantly bottom-up initiatives. The authors argue that these developments face a difficulty operating a collaborative strategy in today's educational landscape without a strong sense of cohesive mandate. What is required, they argue, is a bottom-up drive with the necessary political will and impetus to draw things together at scale in a concerted attempt to transform outcomes for all students.

There are important implications here for the future roles of district level administrators and support staff. They have to adjust their ways of working in response to the development of improvement strategies that are led from within schools. Specifically, they must monitor and challenge schools in relation to the agreed goals of collaborative activities, whilst school leaders share responsibility for the overall management of improvement efforts. In taking on such roles, local authority staff can position themselves as guardians of improved outcomes for all young people and their families - protectors of a more collegiate approach but not as custodians of day-to-day activities.

(All photos are courtesy of Mel Ainscow)