According to Time Management Facts and Figures by Dr. Donald Wetmore, on an average day, there are 17 million meetings in America and although approximately 60 percent of attendees take notes to appear as if they are listening, nine out of ten people daydream in those meetings. We've all been in them. Meetings are the most universal - and universally despised - part of business. We often leave shaking our heads wondering what was actually accomplished but we've also attended those that were well worth the time. Meetings can either be the bane of our existence or a valuable tool in achieving goals and objectives. 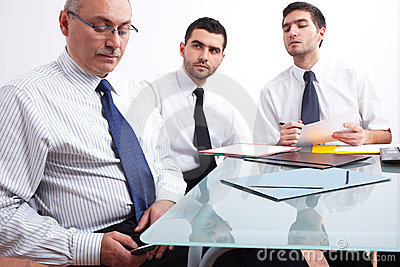 "Meetings matter because that's where an organization's culture perpetuates itself," says William Daniels of American Consulting & Training. "Meetings are how an organization says, 'You are a member.' So if every day we go to boring meetings full of boring people, then we can't help but think that this is a boring company. Bad meetings are a source of negative messages about our company and ourselves."

As an agency search consultant in the ad world, I've had the privilege of attending more great meetings than I care to count -- and also the misfortune of being witness to those meetings that simply spiralled south.

The big question is what are those deadly sins that leave attendees shaking their heads? And how can meetings (especially meetings with prospects) become so valuable that participants are not only pleasantly surprised, but also leave feeling empowered and wanting more?

The saviors of productive business meetings are: inform, engage and inspire.

Inform. Since the brain only retains 5 percent of what is stated in meetings, offering no more than a few new ideas in one meeting will help increase retention on the participant's behalf. Researchers have often debated the maximum amount of items we can store in our short-term memory, and a new study puts the limit at three or possibly four. Saying very general and important things that everyone already knows can turn a meeting into a snoozefest fast. Inform your attendees by painting pictures and evoking emotions with words. Theater of the mind is a powerful and inspiring tool.

Engage. One of the best ways to engage involves storytelling. Stories engage because they invite listeners to co-create the imagery of the objective - allowing those with questions, conflicts and resolutions to ultimately shape - and importantly own - the end result. In addition to stories, quick, interactive team building exercises or audience involvement are also great engagement tools. For example body polls ("With a show of hands, how many people in this room have...") involves the attendees in the meeting and they become participants rather than spectators. Another way to engage is to change up the meeting location. Meetings are often held in conference rooms that, while utilitarian, offer little to make a meeting feel exciting and interesting. Consider relocating the meeting. A new, unexpected venue creates energy, lowers filters and increases attention span.

Inspire. Before we get to the "how," let's start with the "why." As Simon Sinek preaches, "People don't buy what you do, they buy why you do it." However, we're trained to talk about the "what" first which often leads to minds wondering off into never-never land. So let's first dissect the word "inspire" just to see where that takes us. Inspire is rooted in the Latin word "spirare," which means "to breathe." To "inspire" is, in a sense, to "breathe into." To inspire someone is to breathe life into them. Think Apple or Nike or Zappos or Starbucks. Starbucks doesn't sell coffee - it sells moments of connection. Apple sells innovation. Zappos sells service. Nike sells inspiration. And they all start with "why."

Those sins of deadly business meetings? Don't be a time hog. Share your thoughts and don't monopolize the meeting. Don't step over or talk on top of other people in the room and check your ego at the door. Remember K.I.S.S. Ideas that are too convoluted and complex will leave attendees cold -- and quite possibly, asleep. And finally, leave your cell phone on your desk when going to a meeting. Go tech-less and avoid the temptation to check emails and text messages. Instead inform, inspire and be respectful of everyone's time by showing that you're truly engaged.

If all else fails, according to research carried out by Holiday Inn, over 80 percent of business people say that the snack selection at a meeting could influence the outcome.

Lisa Colantuono is Co-President of AAR Partners, a prominent agency search consultancy since 1980 and Co-Founder of Access Confidential, a comprehensive new business prospecting tool since 2005.