An old idea suggests there are but three kinds of people in this world. The first kind of person tends to be preoccupied with self-interest as everything refers back to "I, me and mine." At this basic level the world can be divided into winners and losers as self-assertion rules the day and excesses of aggression and rule-breaking can seem justified. Often, the only restraints on self-aggrandizement become the fear of public shaming or the threat of condemnation and punishment by law.

Although some level of self-assertion is necessary for protecting and sustaining life, unenlightened self-interest inevitably becomes the source of arrogance, greed and injustice on the part of both individuals and social groups. As the lowest common denominator of humanity, this first level of survival and narrow self-interest can be manipulated politically, usually under the guise of patriotic passions. "We are Number One" and "America First" are campaigns aimed to appeal to the first level of life and the basic drive to dominate others.

The second kind of person learns to operate at a higher level of life that includes an increased awareness of both the needs and the value of others, even those who seem quite other than oneself. At this level people develop greater self-discipline while also learning to temper self-interest in favor of an appreciation of the "greater good." Instead of the narrowness of "I'm going to get mine," there can be a felt sense of being connected to all of humanity, as people aspire to qualities of nobility, tolerance and true generosity. Along with a growing awareness of the inherent humanity of all people regardless of gender, or race, ethnicity, capacity or religion, there develops an increasing willingness to serve something beyond simple self-interest and self-involvement. 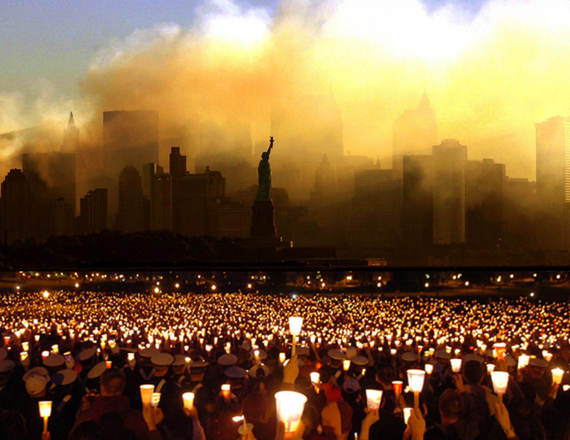 At the second level people develop the ability to seek solutions that work for all parties, as collaboration and genuine compromise help forge "win-win" agreements. Negotiations become more conscious and there is a true effort to protect the health and well-being of the human community. Charity organizations and "non-profit" projects form alongside basic profit-driven businesses. Rather than indulge in blind greed and self-importance, people undertake noble experiments that seek greater peace, more equality and "justice for all."

At this level the coherence of society, the sustainability of natural resources and the preservation of cultural values are at stake. Thus, those who awaken to a greater sense of nobility and genuine care for others have often been supported by the principles and practices of religious groups as well as by democratic institutions. However, when times get hard and people feel the pressure of enduring threats and persistent hardships, the greater sense of fairness and justice becomes more difficult to sustain. In the face of uncertainty and fear, the second kind of person can lose touch with the core values of humanism and regress back to aggressive attitudes and the simple modes of self-interest found on the first level.

Unfortunately, when times become dark and troubling religious groups as well as political parties can also lose their commitments to genuine ideals and meaningful principles. History is marred and stained with the collapse of principles as well as the loss of integrity found amongst groups and institutions touting noble intentions and lofty goals. Out of confusion and fear or anger and resentment, institutions of all kinds have found themselves caught in their own shadows and even mired in the blood of innocents.

It turns out that the great troubles and fears of this world can only be met with a level of enduring visions that do not collapse under the pressure of fear and uncertainty. The visions found at this third level arise from a depth of understanding and compassion that transcends both the compulsion for personal gain and the pressure of raw emotions. The third kind of person is found at the deepest level of life where integrity is grounded in vision and in values found only after losing the innocence of superficial hopes and dreams.

The third kind of person survives some life-changing defeat or loss and suffers a descent in life that makes them aware of the agonies and tragedies experienced by so many throughout the world. Such a descent can be quite private, as in the case of a debilitating illness or the loss of a loved one. It can also occur as part of a collective tragedy, as in the case of war, or a terrorist act or a natural disaster that alters the lives of many people at once. Either way, the stricken person finds themselves in a dark night of the soul, alone with the remnants of broken dreams, lost in a darkness that erases all sense of hope.

To despair means to have lost all hope, to feel both hopeless and helpless in the face of overwhelming forces of violence, betrayal or tragic loss. Yet, if we are willing to face the darkness, a deeper level of understanding can be felt and a deeper dream of life can be found.

Because of this deeper knowledge, those who survive loss know who they are at their core; they also know the core values and ideals upon which humanity depends. They cannot be manipulated by fear or greed, cannot be shaken by threats or be pressured to act against either their own integrity or the interests of the greater good. We look to them to preserve the highest sense of human value and the deepest sense of human connectedness. In this way the third level of awareness produces the truly inspired leaders, the wounded healers, and the wise counselors who know that the ideals of humanity must be upheld precisely when the darkness and confusion around us grows.

America is a young nation that has clung to its innocence and claimed an exceptional sense of promise and hope for the future. Yet, it has become painfully evident in these times of extreme climate change, religious terrorism, political extremism and increasing bigotry that the light can turn to darkness at any moment. The dread clouds of loss and tragedy have become an undeniable fact and a recurring nightmare as America now faces its own dark night of the soul.

The current election can be seen to offer a choice between the first kind of person and the second. The third thing is usually charm, but at this time it is not simply a third party that is needed. Thus the issue is not simply the notion that both candidates are flawed or that party loyalty must be preserved. The issue is not the correctness of a certain ideology or the necessity to believe in a single economic theory. The issue now is the threat to the soul of the country and the risk of abandoning the higher ideals of humanity for the lower instincts for scape-goating and tribalism.

The robber barons and self-appointed demagogues always want to rule the land and always claim the power and ability to fix everything. The would-be strong men always seek to exploit the raw emotions of fear, anger and resentment that rise to the surface during the dark times. Yet, in troubled times the only thing capable of withstanding the pressures of collective fear and resentment are the unique visions that can form at the deepest levels of the individual human soul.

It is our civic duty to vote for the higher level of humanity; but history must be made in the depths of the human soul. The secret hope of this world is the kind of imagination that arises from the underlying spirit of life and the hidden resiliency of the human heart. When all hope is lost and all seems headed for disaster, it is genuine imagination that is missing and needs to be found again. The deepest level of hope is based in creative imagination which tends to appear when people are willing to stay in the tension of opposing issues long enough that a surprising vision dawns and a way forward appears.

Faced with tragedy or loss a person or a society either grows a greater vision or becomes diminished at the level of the soul. In tragic times we either become wiser and more compassionate or else become bitter and more rejecting of life. In these troubled times we need more of the third level of understanding that brings a deeper commitment to a future that is more genuinely humane, more fully inclusive, more dedicated to justice than to greed and more able to find ways to balance the needs of both nature and culture.

Writer, mythologist and founder of the Mosaic Multicultural Foundation.