UPDATE: 5/28 (HST) -- According to the National Parks Service, the Navy plans to have the damaged dock repaired by June 4. Normal tours will resume after repairs are completed.

Tours of the World War II memorial have been suspended because its access ramp was damaged in the collision, according to The Associated Press.

The first reports suggested it was a tugboat, and not the nearly 900-foot USNS Mercy, that actually hit the memorial. The initial inspection of the sunken hull of the USS Arizona found that "there is no impact from this recent event,” the National Park Service website said. The site also noted that an investigation is ongoing.

"It went right over the dock," said one witness to the collision, according to Military.com. "You could hear the metal crunching. My husband said you could see mud and water being kicked up. It backed up to within feet of hitting the white memorial building."

The USNS Mercy, which is normally based in San Diego, is in Hawaii to prepare for Pacific Partnership 2015, an annual humanitarian mission conducted by the U.S. Navy in the Asia-Pacific region. Due to its single propeller and a wide hull, the hospital ship is less maneuverable than Navy warships.

The USS Arizona Memorial, which commemorates the Dec. 7, 1941, attack on Pearl Harbor, was completed in 1961. It rests above what remains of the battleship USS Arizona, where 1,177 crew members lost their lives in the attack. More than 4,000 people visit the memorial every day.

The USS Arizona Memorial sits in the center of Pearl Harbor, which is still very active and sees regular ship traffic. 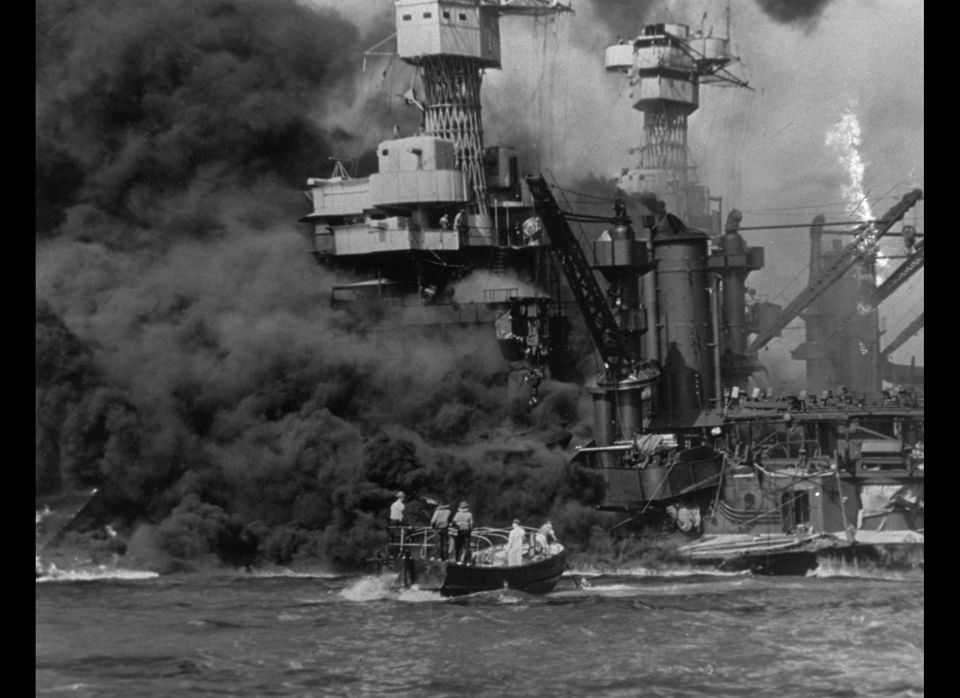