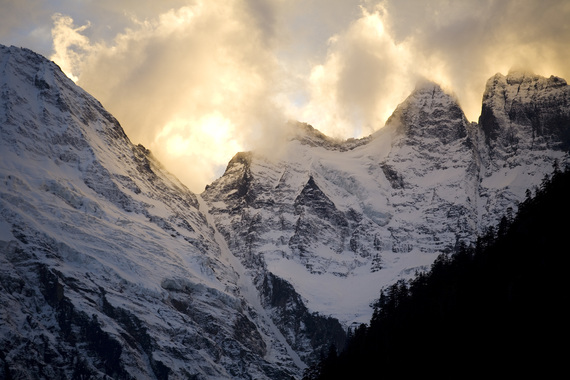 Science superstar (and my friend) Gretchen Daily works with leaders who don't just view saving nature as a way to manage risk; they realize it's one of the smartest investments they can make.

Gretchen's organization, the Natural Capital Project (Nat Cap), is equipping decision makers to back initiatives that benefit both nature and the economy at the same time.

Nat Cap, a partnership among the Nature Conservancy, Stanford, the University of Minnesota and WWF, develops practical approaches for valuing nature (that are available as free software) and works with governments, businesses, NGOs and community groups to make things happen.

Gretchen, a member of the Nature Conservancy's Board of Directors, and I recently discussed her work and vision for the future.

Tercek: You've been working for decades to convince leaders to consider the value of nature in their decision making. Are they getting the message? 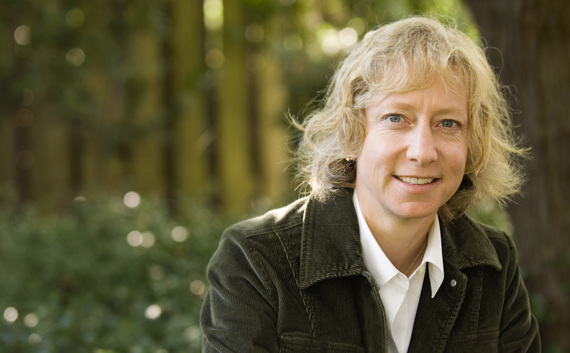 Daily: It's breathtaking to see the change. A decade or so ago, the poster children for valuing nature were New York City, investing in watershed protection to secure its drinking water, and Costa Rica, investing in forest conservation for hydropower, tourism, climate stability and biodiversity.

Then there seemed to be a pause, and people began to doubt whether other iconic models would emerge. Yet now we see many cities and nations adopting and innovating upon these approaches. And we see new actors -- corporations, multilaterals, private investors and others -- making nature a core part of business strategy to reduce risk and generate economic opportunity. The Inter-American Development Bank (IDB) is an inspiring example, piloting and scaling new approaches for integrating biodiversity and ecosystem services into infrastructure planning and loan decisions, amounting to $1.8 billion annually.

Tercek: You recently convened a big Nat Cap Summit in Stockholm. What was the outcome?

Daily: Leaders came from around the world to learn about the tremendous innovation in the pipeline, and to develop a shared action plan. How could we help accelerate the uptake and magnify the impact of natural capital approaches?

We examined some of today's pioneering models, led by such diverse institutions as the IDB, the Council on Ethics for the Norwegian Government Pension Fund, the International Union for Conservation of Nature (IUCN), Dow Chemical, Unilever and the Government of China. As we probed barriers to scaling these successes, we identified ways in which we could work together to lift some of them.

Our action plan has three main thrusts. First, we will soon launch next-generation "use cases" to demonstrate how data-driven, scientifically credible approaches can improve major policy and management decisions. Focal contexts include resilient cities, the finance sector and development planning.

Second, partners leading these use cases are co-developing Nat Cap's technology platform to accelerate innovation and learning for a growing array of other individuals and institutions.

Finally, key participants are joining forces to bring visibility to the advances underway and to engage other leaders.

Tercek: How are your science and models changing decisions on the ground? Can you give me some examples?

Daily: Back when I was young (don't ask how long ago!), I created some practical "solutions" and was disappointed when real-world decision makers ignored them. A hallmark of our approach today is that we co-develop solutions together with decision makers, starting with the end-users and their needs. So the tools that we build are immediately relevant and can be easily incorporated into existing decision processes.

Since Nat Cap began 10 years ago, we've developed nature-based solutions to problems as varied as:

Many of these engagements were initiated and led by TNC and/or our other NGO partner, WWF. In terms of scaling up, our most successful example so far is water funds -- designed to secure water for cities through investments in watershed protection -- with 40 major cities engaged across Latin America and testing now underway in Kenya.

Our decision-making tools underpinning this work have been downloaded in more than 160 countries.

Tercek: You've done a lot of work in China. What's your take on the country's environmental future? Are Chinese leaders serious about their environmental commitments?

Daily: In November 2012, the Communist Party declared "China's Dream" -- harmonizing people and nature to build the ecological civilization of the 21st century. I don't think anyone can say whether this dream will be fully realized -- the forces in opposition to it are so daunting. But the policies being implemented by the Chinese government today are serious, to say the least, and actually stunning in ambition and scale.

Following devastating flooding and drought in the late '90s -- made worse by human activity -- China has invested more than $150 billion in restoring natural capital. These investments have dual goals: to secure critical natural capital and to alleviate poverty.

The country is now limiting development within 49 percent of its total land area and is paying more than 200 million people (equivalent to more than half the U.S. population!) to perform restoration and conservation activities throughout the country. This is by far the largest ecosystem services payment scheme in the world.

Perhaps most exciting, top leaders in China have called for a new metric to track natural capital: Gross Ecosystem Product (GEP), to be reported alongside Gross Domestic Product (GDP). China is the first nation to move to comprehensive performance reporting of the natural underpinnings of wealth and well-being, and we are very excited to work with leading Chinese scientists to develop the tools to measure and track this.

Tercek: Do the leaders you engage with tend to approach nature as an investment opportunity or as a way to manage risk?

Daily: That's a great question, and it doesn't have a simple answer. I think the message of risk management is often what initially resonates with leaders, especially in the business arena -- they can easily understand how coral or oyster reefs might protect their coastal assets in the event of a storm, or how upstream reforestation can help to ensure a predictable, secure supply of fresh water for their operations and avoid costly supply chain disruptions.

But as they learn more, we've often seen these leaders start to think about ways that investing in nature can actually help them make money, not just avoid having to spend it. I think that TNC's work with Dow is a shining example of this -- Dow's recently announced 2025 Nature Goal is a bet that the company will find more than $1 billion in business value from projects that are good for ecosystems and good for business. Hearing that is incredibly exciting to me.

Tercek: What do you say to those who are wary of putting a monetary value on nature?

Daily: I'm wary, too. But valuing nature is not the same as "putting a price" on it. Sometimes prices are useful. But in general, valuing nature is about shining a light on the many hidden ways people depend on and impact nature -- so that we can create the smarter practices, policies and institutions needed to live together on this planet harmoniously.

Tercek: You've been living in Sweden for the past couple of years. What took you there?

Daily: At the heart of it are some wild family quests in this country's spectacular beauty -- reindeer, sledding, Aurora Borealis and heaps of Swedish pancakes!

I'm actually based at the Royal Swedish Academy of Sciences, which is driving the integration of ecology, economics and other disciplines necessary for transforming our ways of thinking about value. Sweden's leadership in this arena traces back to an early founder of the Academy with key lessons for us today.

In the 18th century, Carl Linnaeus revolutionized the way people thought about nature. Moving from local descriptions of organisms that could not readily be shared or made sense of at a higher level, he took a global view. He invented the system that we use today for characterizing and interrelating all organisms. And he developed a way of communicating universally about life so that people could talk about it all over the world.

Today, we're all driving this revolution further. Looking through use cases, we can see how different regions, sectors and actors are beginning to value nature. From there, we are reaching together for ways of scaling successful (but typically partial and local) approaches and harmonizing innovations so that they are compatible and systematic without losing essential adaptations to particular contexts. And we're reaching out and developing ways of communicating about conservation with a much wider community all over the world.

Tercek: You're a great mentor to young scientists through Nat Cap. How are these young science leaders different from previous generations?

Daily: Well, it is a daunting privilege and challenge to mentor this new generation that outshines me in every respect! On top of spectacular scientific talent, they bring so much desire and ability to listen, open and innovative thinking, cultural awareness and genuine humility.

I'll never forget an early lesson in Hawai'i that is at the heart of all of our work. I was mentoring -- that is, scrambling to keep up with -- three pioneering young scientists who are all now rising stars in TNC: Josh Goldstein, Becca Benner and Heather Tallis. One of the Natural Capital Project's first partners, The Director of Land Assets at Kamehameha Schools, Neil Hannahs, drove this home to us: "We really don't care how much you know until we know how much you really care!"

Mark Tercek is the president and CEO of the Nature Conservancy and the author of Nature's Fortune: How Business and Society Thrive by Investing in Nature. Follow Mark on Twitter @MarkTercek.