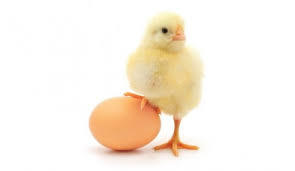 I guess there is no one today seriously doubting the fact that a relationship exists between the culture of an organization and its ability to deliver results.

For better or for worse, who you are has a profound impact on what you do and how well (or badly) you do it.

So we simply add adjectives such as "strong", "positive", "engaging", "innovative" to the mix every time we run into the case of an organization that manages to please customers (and shareholders) while keeping its own people equally happy.

Most of the books though tend to be written after things happened and provide in-depth analysis and acute observations about something that somehow belongs to the past and the past, as a matter of fact, is exactly what a culture is made of: a more or less structured digest of our collective experience about what worked before and therefore may work in the future. It takes ages for it to develop, shape itself and evolve.

But since organizational culture is something we believe we can shape, engineer and change, two questions always intrigued me:

One, can you predict that having an organizational culture, maybe one that engages, fulfills and self-realizes your workforce, will end up pleasing as well customers and shareholders?

Two, can you design a high performing culture "a priori" and build an organization around it?

About question number one: relationship between culture and performance.

Even though an organizational culture seems to be for a company the equivalent of an MBA for someone trying to have s successful future, the efforts made to objectively prove that there is a causal (and not casual) relationship between the two elements of the equation has been much bigger in the case for higher education than in the one for the "organizational culture - performance" correlation.

Out of the staggering number of books, articles and case studies written on the matter, the number of true longitudinal studies trying to prove the C-P correlation is just a handful (Professor Sonja Sackmann in 2011 identified only 6 out of the 55 studies published) and this may be because we enjoy much better hearing the story than reading the science.

With this in mind I started my little research and came across a Wall Street Journal article (you can read it free of charge here) stating that researchers found that "a positive culture boosts performance but performance alone does not create a positive culture". The article referred to the results of a study by A.S. Boyce ET AL published in 2015 in the "Journal Of Organizational Behavior".

The study collected data from 95 franchise automobile dealerships over a long period of time (6 years) and focused on longitudinal culture - performance interactions to determine which one had causal priority (so, which one came first).

Since the study covered a long period of time, it was also possible to look at the timeframe in which the "better culture" started delivering results. For departments engaged in activities characterized by "soft factors" (such as customer service) in which employees could exercise more freedom in their actions, improvements in results (measured as increased customer satisfaction) were recorded within a year. It took about two years for the performance to objectively increase in the sales department.

For the ones of us directly involved in taking or driving culture-related initiatives in organizations it may be interesting to know that the effects will peak in the one to three years timeframe so we should support our clients (or our managers) to stay the course and not get discouraged if the signs of an improved performance after a culture-impacting initiative take a while to show.

One last very interesting conclusion in the study relates to the possibility that things move in fact the other way around and we may end up discovering that, at the end, it is performance driving culture...

Boyce writes that "no evidence of a performance-to-culture feedback loop was found, thus failing to support a reciprocal or reverse causality model. Therefore, in response to our initial causal priority question, we conclude from our study that it is culture that comes first, with performance levels to follow".

So, if the egg is the performance, at least in this case the chicken comes first!

About question number two: design the culture and then create the organization.

Since culture (any culture) is the result of the evolution taking place within a social group, it seems unrealistic to think you can create one "a priori". As Edward Schein proposed back in the 80's, early in its life cycle the culture of an embryonic organization (take a start-up for example) mainly reflects the values of the founding leader/leaders. As the organization grows, these values will be challenged as its members struggle to adapt and respond to new internal and external challenges. Over time what works survives and those values will be passed on to "new members as the correct way to perceive, think, and feel in relation to those problems" (Schein, 1985, p. 9). This way a set of fundamental beliefs and assumptions becomes deeply engrained and reflects the cumulative lessons learned.

There is a school of thought though that suggests you can install a brand new culture on to an existing organization. On this one maybe we should ask them about the chicken and the egg thing...

Massimo Gilmozzi is a management consultant and entrepreneur based in Italy and working internationally across a number of industries. His main areas of interest are strategic development and cross-cultural organizational alignment. Before becoming a consultant in 2002, he spent more than 20 years in the medical-biotech arena first with J&J and later with WL Gore & Associates. Contact Massimo at gilmozzi@acmeconsulting.eu, via Linkedin, or Twitter.