"I wish to speak to you today about the tragedy of Europe," Winston Churchill told his audience in 1946. But he wasn't speaking of a united Europe as a bad thing. Actually, he strongly supported the development of a European Union, and probably wouldn't embrace "Brexit," the decision of the United Kingdom to leave the EU, which will soon be in the hands of voters.

"Let Europe Arise!" former Prime Minister Churchill stated at a speech to the University of Zurich, which you can find in "Vital Speeches of the Day" published on October 1, 1946 (you can also find it in the book The Sinews of Peace, under "Post-War Speeches by Winston S. Churchill, published by Cassell & Company, Ltd. in 1948). The entire text is here 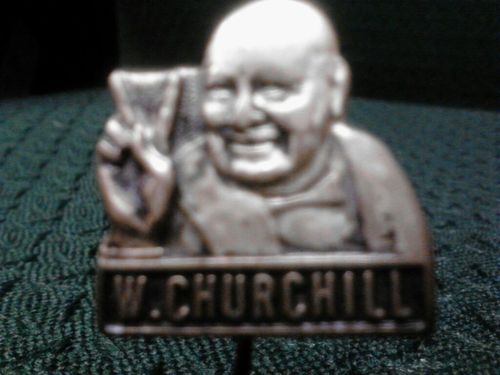 Image provided by the author

"If Europe is to be saved from infinite misery and, indeed, from final doom, there must be this act of faith in the European family and this act of oblivion against all the crimes and follies of the past, and the free peoples of Europe must rise to the height of these resolves of the soul and of the instinct of the spirit of man," Churchill said.

And he wasn't some "Britain First" character like the assassin of British MP Jo Cox, where everything is about national sovereignty. "The structure of the United States of Europe, if well and truly built, will be such as to make the material strength of a single state less important," Churchill stated. "Small nations will count as much as large ones and gain their honor by their contribution to the common cause."

Of course he didn't like some of the specific plans of his day, namely the Treaty of Paris as well as the European Defense Community. But when he got back into office after his party lost parliament in 1945, he pushed hard for the West European Union.

"If we are to form a United States of Europe, or whatever name it may take, we must begin now....Our constant aim must be to build and fortify the strength of the United Nations organization. Under and within that world concept, we must recreate the European family in a regional structure, called, it may be, the United States of Europe, and the first practical step would be to form a Council of Europe. If at first all states of Europe are not willing or able to join the union, we must nevertheless proceed to assemble and combine those who will and can."

I'm sure there are some who would say that things are different now than in Churchill's time, with Middle East refugees. But the great British Prime Minister knew that xenophobia and hatred of others was what led to the need for a stronger Europe to combat these in the first place.

"It is from Europe that has sprung that series of frightful and nationalistic morals originated by the Teutonic nations in their rise to power, which we have seen in the twentieth century and which have for a long time wrecked the peace and marred the prospects of all mankind," Churchill told the people.

He also credited "that great republic across the Atlantic Ocean has at length realized that the ruin or enslavement of Europe has involved their own fate as well." That's right...Churchill wanted the United States to play a strong role in helping foster a unified Europe. We need to study what Churchill said, beyond the Iron Curtain speech and catty comments to Lady Astor. If we're so angry over a bust of him being allegedly removed from the White House (check fact checkers on this), we should listen to his words about what should be done in Europe.