This year's annual DUMBO Arts Festival will feature a unique art installation that attempts to encapsulate one of the larger news stories of 2013 -- the sentencing of Chelsea Manning to 35 years in prison and the former soldier's subsequent announcement that she identifies as transgender and wants to transition to living her life as a woman.

Kyle Goen's massive 26-by-70-foot art installation, titled "Who's Chelsea Manning," will hang over Walter Street in New York City later this month at the 17th annual DUMBO arts festival. The piece, which shows Manning, consists of 1600 transparent colored flags -- a reference to the White House address at 1600 Pennsylvania Avenue. According to a press release, "The image grows less clear as viewers move closer to it, reflecting the disparate perceptions of the whistle-blower as either a truth-teller or an enemy of the state."

A close-up perspective of the instillation can be viewed below. 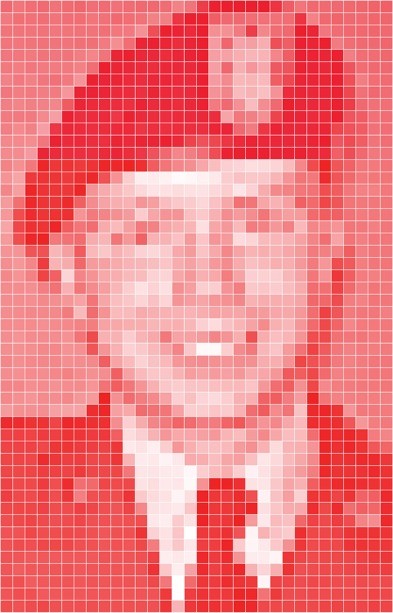 The 17th Annual DUMBO Arts Festival is slated to take place from Sept. 27-29 in the DUMBO neighborhood between the Brooklyn and Manhattan Bridges. For more information and schedules of events, visit the festival's website.

Also, click here for a preview of the 2013 festival itself and an insider's look into other installations that attendees can expect.

'Who's Chelsea Manning' Art Installation To Debut At 2013 DUMBO Arts Festival
15 Things To Know About Being Transgender By Nicholas M. Teich