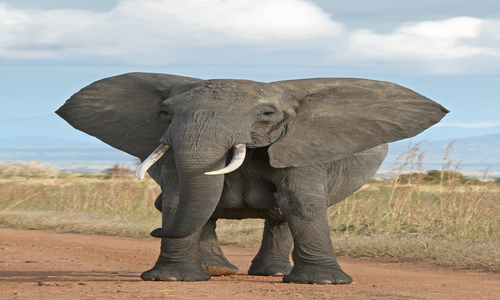 Reports of conservatism's death have been greatly exaggerated.
Reading recent predictions of the demise of anti-statist politics, one might think we have arrived at the dawn of a new social democratic America. Jonathan Chait argued in New York Magazine recently that "conservatism as we know it is doomed," because opposition to the welfare state is "sociologically rooted in white supremacy," and will therefore decline in prominence as the nation diversifies. In his response piece, "Is Conservatism as We Know It Doomed?," Connor Friedersdorf makes the case that conservatives have actually already abandoned opposition to New Deal-style social programs, and only profess anti-statist views to satisfy a small minority. If we are to believe these pronouncements, small-government conservatives are either in danger of disappearance, severely bigoted, or are simply disingenuous about their views in a quasi-conspiratorial manner. In truth, the future of conservatism revolves around the rise of a libertarian populism that is genuine in its ideology and popular across demographic boundaries.

This became evident at a recent panel held at Columbia University by The Current, a journal of culture, politics and Jewish affairs. The event featured a former conservative, Columbia Professor of Humanities Mark Lilla, and conservative thinker Reihan Salam of The National Review. Both thinkers believe that anti-statist ideology is genuine and deep-rooted, and not the last whimper of white supremacy or a disingenuous political posture. Lilla yearns for the moderate conservatism of the past, while Salam embraces the reformist drive of movements like the Tea Party. It is the conservatism of Lilla that has died; populist libertarianism is on the rise.

A former editor of the neoconservative publication The Public Interest, Lilla deserted the conservative movement due in part to the "politics of the libertarian mob." In a 2010 piece in the New York Review of Books, Lilla argued that Tea Party supporters "have no constructive political agenda...the movement only exists to express defiance against a phantom threat behind a real economic and political crisis." The populist conservative movement is not a product of white supremacy or an imagined aspect of modern conservatism. Rather, it is the peculiar product of a new cult obsessed with the dominance of the individual: "For half a century now Americans have been rebelling in the name of individual freedom." Lilla's abandonment of the conservative movement is indicative of the demise of elite, moderate republicans, and the very real swelling of popular right-wing resentment against the welfare state.

Conservative commentator Reihan Salam of The National Review also believes there is a broad base of anti-government sentiment, but he holds a far more positive view of populist, "grassroots" conservatism. A Bangladeshi American, Salam disputes that conservatism is a movement for bigoted whites. During the panel, he noted that most conservatives under 40 support gay marriage, and argued that polling demonstrates that views on race are actually very similar across the ideological spectrum. In his view, the emergence of movements like the Tea Party is a direct consequence of the failures of an inept and profligate Republican establishment. In a recent piece in Slate, Salam maintained that Tea Party populism can be "the most constructive and powerful political force of our time" if it attacks not only Washington, but also the "Washington-Wall Street axis," and the crony capitalism that accompanies this relationship. While Lilla yearns for the conservatism of yesteryear, Salam embraces the grassroots libertarianism that is driving the movement today.

Regardless of one's opinion on the movement, it is clear that anti-government conservatism is not merely a product of white bigotry or a disingenuous position long on the decline. Despite Chait and Friedersdorf's confident prophecies predicting the inevitable death of anti-New Deal politics, the astute insights of Salam and Lilla reveal that this brand of conservatism is in no obvious danger of imminent demise. Opposition to government interference permeates American culture, cutting across demographic lines. It is the moderate conservatism of Lilla that has died; the grassroots libertarianism embraced by Salam is the future of the conservative movement.

In writing off libertarian politics as prejudiced and duplicitous, Chait and Friedersdorf have built up a great liberal hope for a permanent multi-ethnic majority that supports expansive government and the welfare state. At a time when anti-statist writers like Mark Levin and Michelle Malkin dominate the New York Times bestseller list, left-of-center thinkers must avoid complacency. The arc of the universe isn't bending towards some kind of liberal justice; political struggle will be necessary to oppose libertarian targeting of the welfare state. If liberals accept false prophecies foretelling the demise of conservatism, it will be liberalism as we know it that is doomed.