An NYPD detective was killed on his way to work Friday in a wrong-way crash -- and in a tragic twist of fate, his wife was stuck in the ensuing traffic jam as she tried to take the couple's daughter to school.

Paul Duncan, 46, was driving south on Sprain Brook Parkway near Greenburgh, New York at about 3:50 a.m. when the crash occurred, according to NBC News. A Honda Civic headed the wrong way crashed head-on into Duncan's SUV, sending it over a guard rail and into a snowbank. He was pronounced dead at the scene.

The wrong-way driver, 20-year-old Efren Moreano, allegedly had marijuana in the car at the time and police believe alcohol may have been a factor in the crash, according to the New York Daily News. Moreano was taken to a nearby hospital and placed in a medically induced coma.

Duncan's wife, Rechelle Duncan, told reporters that she drove by the scene of the accident shortly before 7 a.m. Friday. She said it took her two hours to get to the city, where she was trying to get her 13-year-old daughter to school. She didn't realize until later that the traffic was caused by an accident that claimed her husband's life.

"I don't even know how that's possible," she told NBC through tears. "He was thoughtful, he was disciplined. He made really good dinners. He was funny, a sharp dresser, a really good dad." 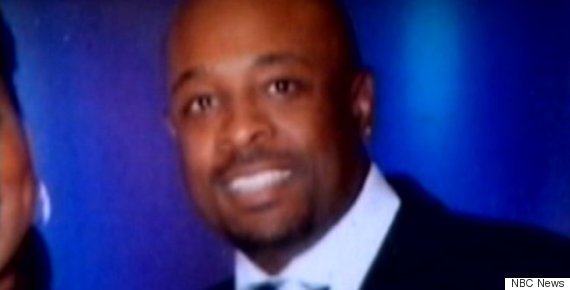 Rechelle Duncan was very composed in her interviews after the crash. She said she wanted to stay strong for her daughter.

The detective was a 17-year veteran with the Internal Affairs Bureau’s narcotics team who planned to retire this year, according to the New York Post. His funeral service is scheduled for Wednesday.

Police took Moreano's blood sample at the hospital and will test it to determine whether alcohol was a factor in the crash.