Since my last post on the impact of women in American art, several recent articles have addressed the undervaluation of women's artwork in the market. A headline in The Guardian read "Women in art: why are all the 'great' artists men?" and reported statistics on suppressed auction prices for women artists and a dearth of public art commissions. Likewise, artist Tracy Emin (in a conversation with The New York Times) talks about the disparity in market value between works of art made by men and those by women.

All of which suggests the need for more conversation about the central role women have played (and continue to play) in the art world. One such artist is Susan Rothenberg, who is, to me, a revolutionary contemporary painter. If her work doesn't look that way to you at first glance, let me tell you why. 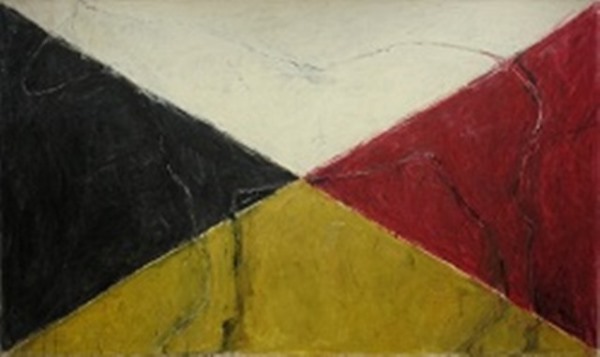 If we view the history of Modernist painting as fueled by a desire to achieve "purity," we see that it became a highly reductivist style. In each generation, Modernist artists through the 20th century sought to progressively eliminate elements of traditional painting from their work. Eventually, artists even sought to eschew the art object itself and focus on conceptual practice alone. So by about 1970, this trajectory of reduction came to a screeching halt where Modernism could go no further -- nothing was left to give up!

Young artists like Susan Rothenberg, who came of age in the early 1970s, became frustrated with this "dead end." Rothenberg had made classic minimalist -- what she called "Gestalt" -- paintings, comprised of a few colors in geometric shapes. But she became bored by the strictures. She was interested in the paint itself -- the way the brush laid texture on the canvas, the way the paint created ridges and shadows and surfaces and edges -- and she began to play around with that facture. She became focused on the little peaks and valleys of the paint, the way the paint's texture might create a line, and the way the line might create the contour of a body. Eventually she realized that she was really painting the essence of a horse -- and that it might be acceptable to do so. This was a brave move for a young artist in the mid-1970s.

In 1975-76, at the Willard Gallery, she presented several large paintings that still succeeded as minimal works -- abstract paintings acceptable to the eyes of the day--but which contained the hint of an outline of a horse. The image of the horse was the perfect choice for such a return to figuration, as it dates back to the earliest known manmade images in prehistoric caves. With this body of work -- this bold gesture -- Rothenberg changed the course of art history, and allowed a generation of artists to begin considering options beyond late Modernist reduction: to paint expressively again; to paint the figure again; to find sources and inspiration from the past. Susan Rothenberg helped open the floodgates for what we call Postmodernism in one fell swoop. And that was a revolutionary act.