There’s a new game show sweeping the nation … of Georgia -- and it’s causing quite a stir. The show is called “Women’s Logic,” though its premise assumes that women have very little. And it has reinvigorated a conversation about gender equality in Georgia, a traditionally very conservative country, reported EurasiaNet.

“Women’s Logic” features leggy models dressed in skimpy clothing as its contestants, paired up with fully-clothed male contestants. The host asks the women a series of trivia questions, such as “Is Salvador Dali a French nudist, an Italian hairstylist or a Spanish surrealist?” Then the men have to guess how their partners will answer the question (which they often do incorrectly), trying to “comprehend the world of ‘women’s logic.’”

Even the show’s set sends a pretty clear message to the audience about gender stereotypes. As Jezebel’s Erin Gloria Ryan describes it:

The set looks like how it would look to live inside the cover of a Chick Lit novel; it's decorated with whimsical oversized high heeled shoes filled with swirls in Girl Colors like teal and hot pink and purple. God, it just makes me want to face living and loving in the Big City as a magazine editor with an impossibly nice apartment and impossibly complicated love life! To a spunky soundtrack!

The premise of the show has sparked outrage among some Georgian men and women who find it to be offensive. “Logic does not have a sex,” Georgian journalist Ninia Kakabadze, told EurasiaNet. “There are both stupid men and women out there.”

After the show’s premiere in March, Kakabadze and a few other women began circling a petition, which over 1,000 men and women have signed, urging the show’s broadcaster, Imedi TV to stop airing it. The show has struck a particular nerve for Georgian women because of the traditional gender roles that still persist there -- which some told EurasiaNet “Women’s Logic” reinforces:

“Programming like this perpetuates the stereotype that a woman must be pretty, well-dressed and brainless,” said Kakabadze. “Media have the power to both make and break the stereotypes,” and Georgian media bear ethical and legal responsibilities not to engage in the former, she added.

Imedi TV has not changed its position on airing the show, and not everyone agrees that the show will impact Georgian viewers' attitudes toward women. “[I]t is at best naïve to argue that, based on such a show, employers will conclude that women ... are stupid,” Tamar Chergoleishvili, editor-in-chief of the news magazine Tabula told EurasiaNet. 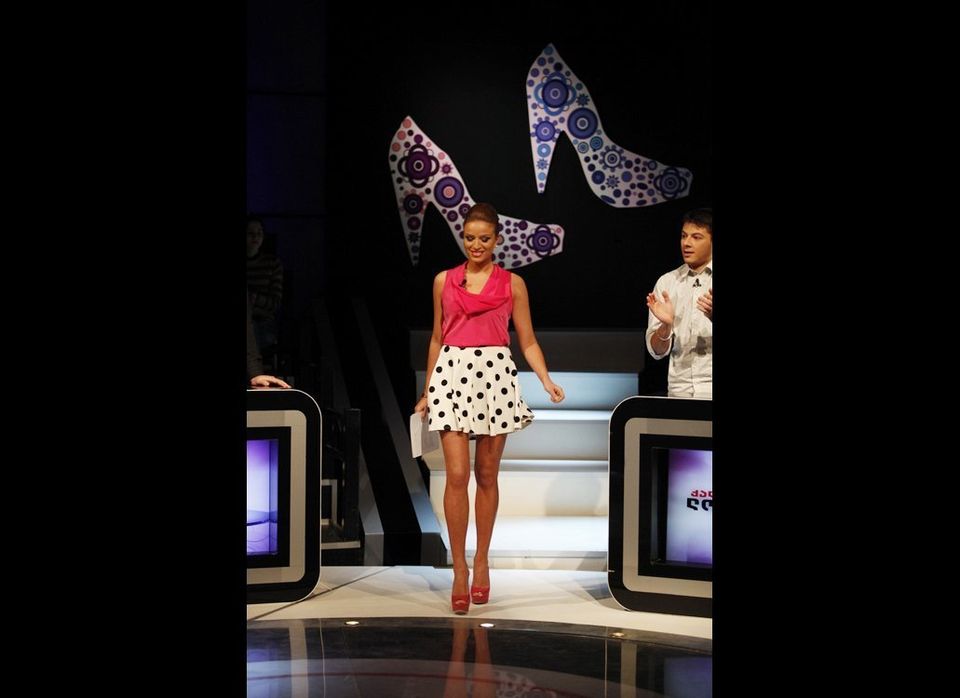