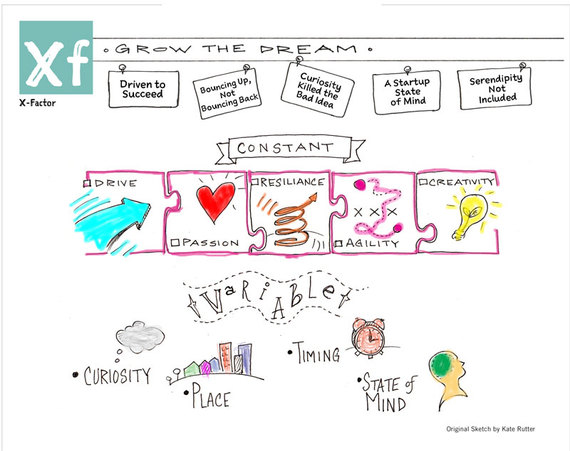 Stretching from the Bering Strait in Alaska to the Strait of Magellan in the Mexico, the Great Divide splits the United States, Canada, and Mexico into two parts. Marked by towering mountain ranges, the Great Divide creates a hydrological divide.

On each side, water flows away from the divide and ends up in the Pacific, Atlantic or Arctic Oceans. Other portions flow into the Gulf of Mexico and the Caribbean Sea.

The Great Divide sets the rules. So no matter how hard rivers on the western side of the divide try, they will never flow into the Atlantic. They can’t fight nature.

But the same isn’t true for entrepreneurs. After years of being one myself and working with many smart individuals on their businesses, I’ve seen a similar Great Divide when it comes to startups. It’s invisible, but seems to make an appearance in every entrepreneur I’ve met. And unlike the physical Great Divide, there’s a way to get to the other side.

Some people adopt what gets called the entrepreneurial mindset. It’s the traditional, “I have a mission, and the only way I can accomplish it is by doing my own thing.” It’s big, audacious, and tends to focus on all that’s great about being an entrepreneur.

On the other side of the divide, would-be entrepreneurs view their business as a job. For whatever reason, people in this group opted to create a job for themselves instead of going to work for someone else. It may have happened by accident, but it doesn’t change the fact that they’re miserable.

That’s while you’ll find throughout The Startup Equation we emphasize the need to figure out why you want to start your business. If you don’t have a good answer for, “Why am I doing this?” you may need rethink why you’re headed doing the entrepreneurial path. Because ultimately, your mission as an entrepreneur needs to be so much bigger than yourself and creating a job. It needs to be the driving force in your life.

Getting to a Startup State of Mind

To gain some perspective, I recommend some simple steps.

Getting on the right side of the divide and achieving a startup state of mind may not come easily to you. But the benefits make the work you’ve done to reach this point so worth it. After all, how many entrepreneurs do you know who wake up in the morning excited to to go to a “job?” We need a mission to get us from idea to reality. What will be your mission?

This column originally appeared at LinkedIn on April 28, 2016. Want to learn more about how to achieve a startup state of mind? Check out The Startup Equation by Ja-Nae Duane & Steve Fisher.