TED. You've heard of it. The big RED letters, the mind-bending TED Talks, the global reach of "Ideas Worth Spreading." When TED began back in 1984 in Monterey California, it was a small, heady group of big thinkers. The first TED was based on founder Richard Saul Wurman's thesis that there was an important convergence of three fields: technology, entertainment and design. At TED #1 talks included an early look at the CD, 3D graphics from Lucasfilm, and the eBook. Mathematician Benoit Mandelbrot demonstrated a developing theory of using fractal geometry to map coastlines. The event lost money, and it was six years before TED would happen again.

Until 2006 TED continued to grow as an almost underground conference. Small, private, and some would say - elitist. But in 2006, Chris Anderson, who'd purchased the conference from Wurman and became its curator, did something that was really risky. He opened the previously private content to the world - for free. He gave away TED Talks on the web, at first in English, and now translated into more than 90 languages.

I went to TED for the first time in 2005, and this year will be my twelfth consecutive TED.

So, as my friend keep asking me the same five questions - I thought I'd take a moment to answer them for you. 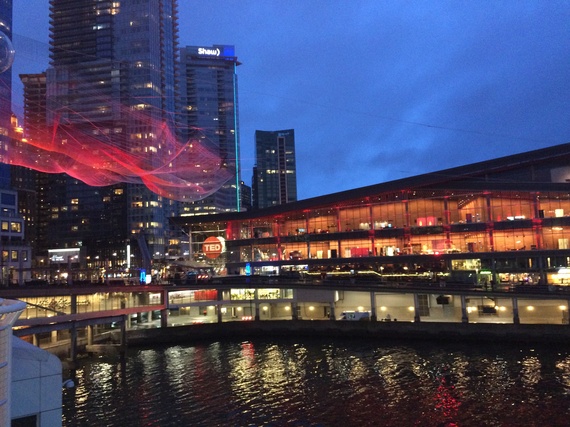 Why Go? It's available on video isn't?

Having TED Talks on video is a wonderful thing. It gives TED speakers a chance to reach the world with their ideas, and it gives a global audience access to extraordinary world-changing thinkers. But being at TED is different in a few ways that are meaningful. First of all, while the world sees what's presented on the TED stage, the people at TED are extraordinary in a way that's hard to describe. Within my community, media/tech/storytelling, I can go and hang out with my peers. But at TED, I can talk with neuroscientists, deep sea explorers, poets, and world-class musicians. It's a room of people who love what they do and are happy to share their passions and perspectives. The community of TEDsters is diverse, open-minded, and engaging. That's the part you don't get on video.

Why Stay? A Week Is A Long Time.

Yes, it is. It's long enough to get immersed, let your daily life fade into the background - and really be fully engaged in the conversations and explorations of TED. What's remarkable is that everyone at TED has a busy life with lots of competing interests and responsibilities. But virtually everyone who comes stays for the week, because that's an important part of what makes TED unique. 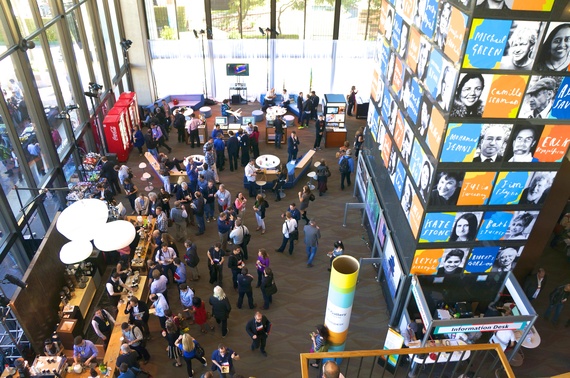 Why Vancouver? Isn't That In Canada?

Yes, it is. And if you haven't been there - you need to visit. Vancouver is an amazing gem of a city. Remarkably nestled between the water and the North Shore Mountains, Vancouver's physical setting is one of the most beautiful in the world. The people are warm and open, and it has all of the attributes of the pacific northwest. It embraces technology, but at the same time has a deep connection with the environment. If you spend a week in Vancouver you'll want to stay, or return. And because it's neither 'west coast' or 'east coast' it's kind of strangle a middle ground for Americans traveling to TED. No doubt it's a bit of a hike, and more so for TEDsters coming from Europe and Asia - but it's the perfect place for TED, a remarkable choice for a global conversation.

Why This Year? What's Going To Pop?

Every year I read the list of speakers, consider what's going on in the world, and try and get a bearing on what I think are going to be the themes that come out of TED. I've been right some years, and totally off-base others - but just getting my head in the game helps me warm up some parts of my brain to be ready for TED. This year, I'm thinking about three trends. The Sharing/Giving economy, Activism, and the fast approaching world of Augmented / Virtual Reality.
Check out the speakers list for this year - and see if you can find a theme of your own.

Why Me? What Makes Me A TEDster?

Well, I think for most of the folks I know who've been going for years, it's a mix of curiosity, optimism, and feeling compelled to bring something to share. Every year I always make sure that I can add some value to the overall curated mix of ideas, inspiration, and exploration. Sometimes it's just a great conversation, sometimes it's a connection that lasts long after the conference is over. But often it is as simple as being 'present' and engaged in what's going on in the theatre and the surrounding community. 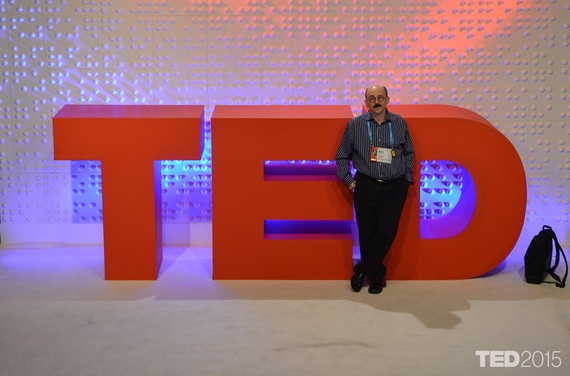 The thing I've learned in the past twelve years - the more the world becomes digital - the more I value and even treasure experiences in the real world. TED isn't a conference, or a gathering, or a media event. It's a community, a community that's built to gather and share amongst each other and the wider world. However you participate, by watching the talks, or watching TED live on a screen, or attending a TEDx event - you'll find an exciting and enriching community of ideas that's there for your exploration. Welcome to TED!