You're eager to know aren't you?

What sins did these famous entrepreneurs make? hmm...

I don't blame you, it is rather intriguing to know the mistakes these influential entrepreneurs made in their journey.

And It's always better to learn from someone who did it before you than do it yourself...

Anyway, I won't keep you waiting...

OVER confidence. I knocked it out of the park with Podcasters' Paradise. 2800 members and 3.5 million in revenue in less than 2 years? I was on top of the world. I thought every product I launched would CRUSH. Two failed products later, I knew I had to PRE-VALIDATE my ideas, or keep failing. With http://TheFreedomJournal.com, I pre-sold 100 copies just as an IDEA. It was THEN I knew I had something. The verdict? I launched via Kickstarter on January 4th, raised over 400k, and became the 5th most funded publishing campaign of ALL TIME on Kickstarter. Summation? Over confidence loses. Pre-validation wins.

The most expensive mistake is working with the wrong people. There are three ways to make this mistake and they will all cost you money in varying amounts. Here they are:

They're more expensive to service, and even if you get it right, they're not very happy. It's usually one of three problems:

Sometimes, you choose these customers because you're hungry. Or maybe you just liked them. Sometimes, it's because you thought it would lead to referrals. But it doesn't work because you weren't able to be your best.


This is a classic mistake. They seemed like the right person for the job. You tried to make it work. You even adapted the job to fit the person. But nothing works. There are usually two problems.

The key to avoiding these issues is to go slow, involve the team and to hire for strengths, not for lack of weakness. Look for people who solve problems, not people who have answers. 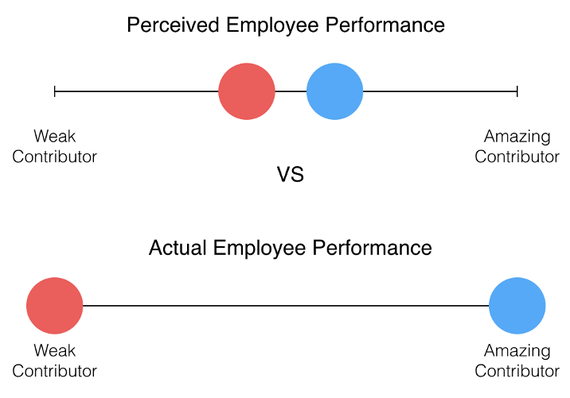 
Finally, that brings us to the biggest mistake

Nothing is more toxic to a culture, more harmful to moral or more deadly to your strategy. Having the wrong person as an equity partner will pull your focus and marketing off course every day.

You can't build high with cracks in the foundation.

The biggest mistake is not maintaining the core AND looking to the future.
We have always maintained the core. But sometimes the future seems too overwhelming, so you bury your head in the sand. It's definitely a mistake.
Both worlds must exist simultaneously.

The biggest marketing mistake I ever made was putting my second book, How to Be an Imperfectionist, up for pre-order on Amazon. This isn't inherently a bad idea, but the way I executed it sure was! I put my book up for sale two months before release. I gained 420 pre-orders in that time--not bad--but when launch time came, I had already exhausted much of my marketing power. For books especially, the first days of release are the most important! It's also worth mentioning that Amazon adjusts your sales ranking whenever the sale is made, so instead of a concentrated boom of sales on launch day to shoot my book up the charts, my 420 sales were weakened by being spread out over a period of two months.

This insight obviously applies to book marketing, but the concept can apply to all of business: know when (and when not) to push for the sale. If you ask for the sale too soon, you risk alienating a customer that needs to be warmed up first. If you wait too long to ask for the sale (or don't ask at all), you risk the customer losing interest. It's a skill to be able to know when and how to ask for the sale of any product. I'm still learning, but I can say for certain that book sales in particular are best saved for launch or just before launch unless you have the following of Stephen King. For most authors, you might want to leave the pre-order option alone.

Really, there's no big marketing mistakes I've made that entrepreneurs should be wary of. In the age of the Internet, marketing is best making smart micro tests, then launching, learning, and reiterating.

Perhaps the biggest thing I've learned since writing the guide is that building a long-term relationship is 10x more valuable than doing something for one-and-done. Find ways to get to know them, you know, like a person. What's the best way to begin to build a relationship? Often, I've found it's by getting their email and having a conversation with them.

How do you find an influencer's email? Here are the 5 strategies and tools I use to find (almost) any email address.

Hold people accountable for progress as well as product. What I mean by that is ensure that the partners and employees you're trusting to complete big tasks frequently communicate progress and status along the way. Do not assume they'll take care of the whole thing and you can trust it will just get done. You have to at least have an eye over the shoulder periodically to ensure you don't become the victim of someone's procrastination, laziness or incompetence. I trusted a friend (which is another problem sometimes) to complete a fairly large sales project for me once. It almost cost me my whole business. He just wasn't capable of delivering and I let my personal trust in him cloud my judgement of the professional side of him. Hold people accountable all along the way and you'll avoid that.

There's free advice, and then there's the advice you pay for. Be careful with both.

A startup, that I am involved with, met several venture capital firms. The purpose was to demo the alpha version of their product and ask for an investment. The VCs seemed to love it. Some wisely recommended going to market with that alpha product right away. They were a bit skeptical and wanted to see product/ market fit.

The team, hungry for investment and validation, listened to this advice. They developed an eCommerce website to sell the alpha product. The strategy had limited success.

Why? The alpha product focused only on the end of their customers' buyer journey. The team knew that. They had the right vision. They understood the buyer journey, it was obvious. Yet they also wanted the approval of these "wise" VCs. The funny thing is that NONE of those VCs ever invested. What a waste of time! The price was months handed over to poor advice, given by people who had no skin in the game.

When I first started blogging, I'd hear about how important it was to grow my following on social networks.

So I added Twitter widgets, Facebook widgets and all sorts of things in the hope of growing my following. What I came to learn was that I was just giving people a reason to leave my blog and get distracted by cat videos.

As soon as I shifted my focus to building my email list, things changed. Email has a far higher ROI and it has a higher traffic potential.

When Facebook changed its newsfeed algorithm, it proved that we need to use a channel that isn't like building on rented land.

I'm not saying don't bother with social. You should, but there are better ways to grow your social following.

Offer an "opt-in bribe" and give them a big reason to subscribe. "Free updates" won't cut it. Once they're in, use your confirmation page & email auto responder to encourage people to connect with you on your favorite social networks.

The biggest marketing mistake that myself, and other entrepreneurs I've seen make, is treating social media platforms like advertising mediums.

Traditional marketing for entrepreneurs and solopreneurs was to buy ads in places like newspapers, yellow pages, and other publications. Perhaps even a TV or radio spot. And those ads had to be designed to entice and interest quickly, as there were always limitations. Your budget would limit you to 2 column inches or 30 seconds, or one billboard along the side of the highway.

Businesses can't just broadcast out the same kinds of ads and enticements to Facebook or Twitter and expect their audience to respond, or to even have an audience.

Instead, businesses need to approach social media from the mindset of where and how users are using it. People do not check their Facebook feed to be sold to. They check it to catch up with family and friends, to see what else is going on in the world, to participate in larger conversations.

And it's those larger conversations where savvy businesses are able to make social work for them. Entrepreneurs can pay attention to what other people are talking about and jump into the conversations that are most interesting and relevant, just as you might if you were mingling at a party. The truly smart entrepreneurs start those conversations and build audiences around relevant topics to their business and goals.

They don't broadcast to social. They treat social platforms as opportunities to connect with and form relationships with their prospects and customers.

My biggest marketing mistake is not understanding the maturity of the market I was selling into. We provide online social media and content marketing training but we found it hard to differentiate from the many competitors in the marketplace. So we created a unique framework called the PRISM funnel which helped us differentiate. P for people, R for relationships, I for inbound traffic, S for subscribers and social retargeting and M for monetization. This unique framework helps us stand out from our competition. Entrepreneurs need to evaluate their market and make sure their product or service is clearly differentiated.

Even the best and influential make rookie mistakes...

Not because they are rookies, but because no one is born an expert.

But, now you know what they didn't know... and that gives you an advantage over them.

So don't feel bad when you make a mistake...

Learn from it and move on...

Because you've got dreams to take on!

About the Author
Zak Mustapha is a copywriter, content marketer and the founder of Foolishness File. He's on a mission to help entrepreneurs progress faster through learning from other people's mistakes. Get his new best selling book Undefeated Marketing: How to Avoid 94 Mistakes & Right Hooks and K.O Competitors to up your marketing game.