Punk is leather. Punk is spikes. Punk is the derelict, graffiti-ridden toilet from the now-defunct music venue CBGB, according to the "Punk: Chaos to Couture" exhibition now on at the Metropolitan Museum of Art. But some celebrities didn't get the memo on the red carpet Monday night at the opening bash for the Costume Institute's latest collection, otherwise known as the famed Met Gala. Take a look at these misguided attempts at "punk" by Ashley Olsen, Gwyneth Paltrow, Kristen Stewart, Katy Perry and others below. 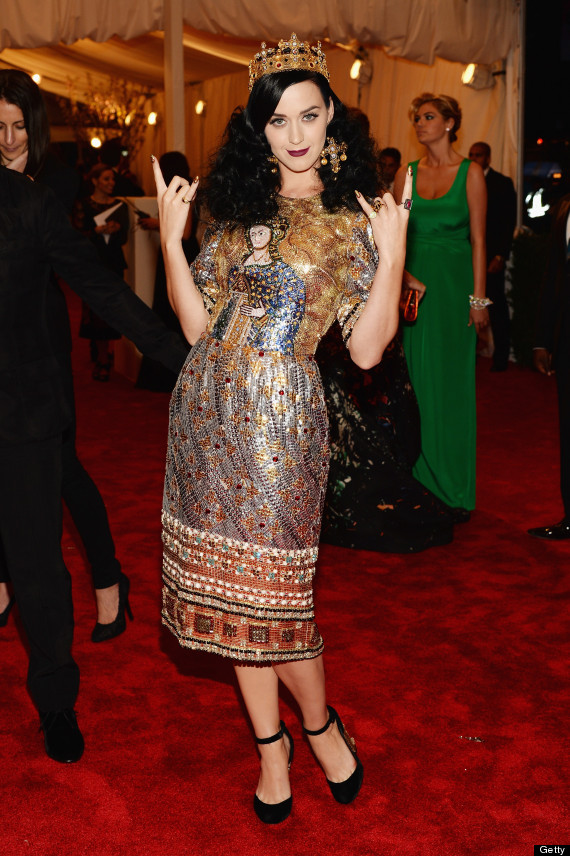 Katy Perry was still thinking about the previous night's episode of "Game of Thrones" when she readied for the party. 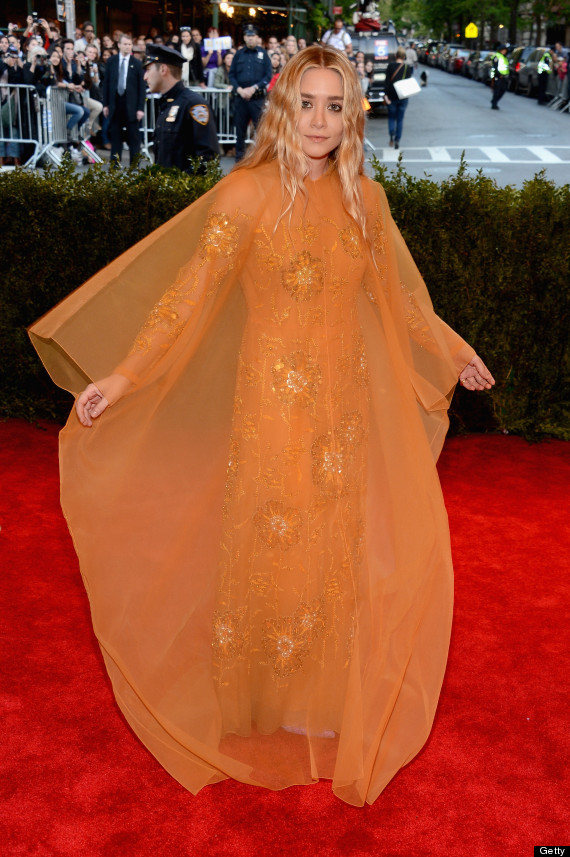 Ashley Olsen looked wonderful in this citrus orange mumu. Too bad she's about a decade off ... 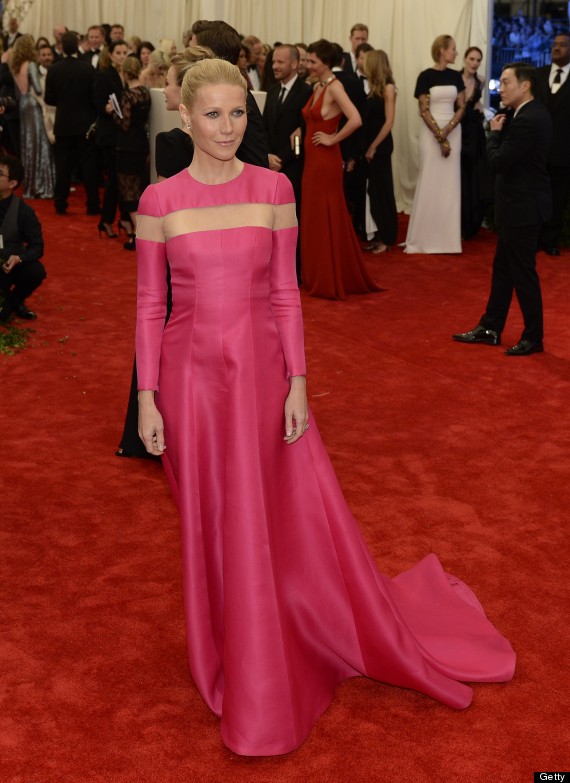 People's "Most Beautiful Person" of 2013 chose to celebrate by dusting off grandmother's sleeping gown. 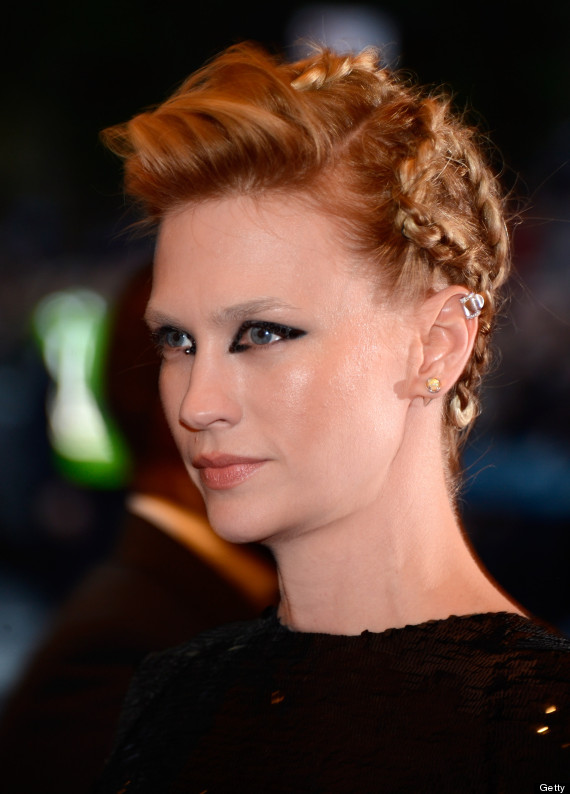 January Jones was initially headed to a "Star Trek: Battle of the Eyeliner" convention but changed her mind last-minute. 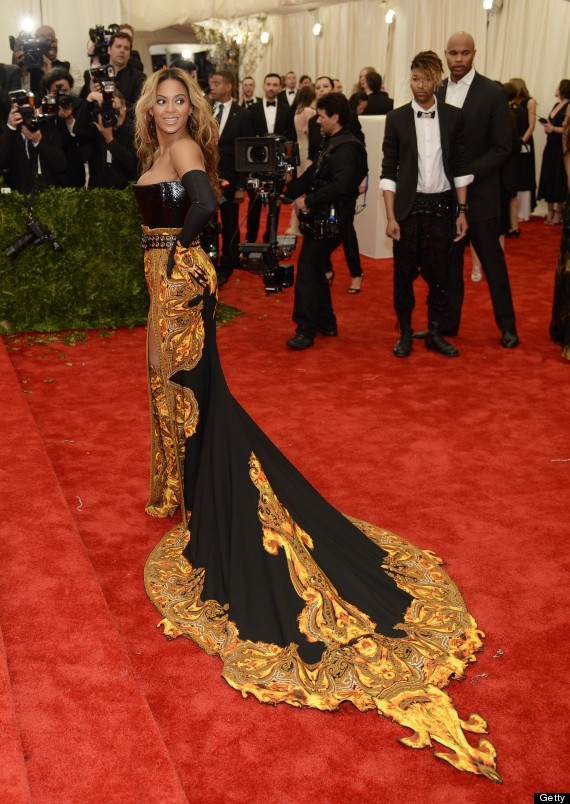 Beyonce's not punk in this outfit, but the bang-and-bowtie guy behind her totally is. 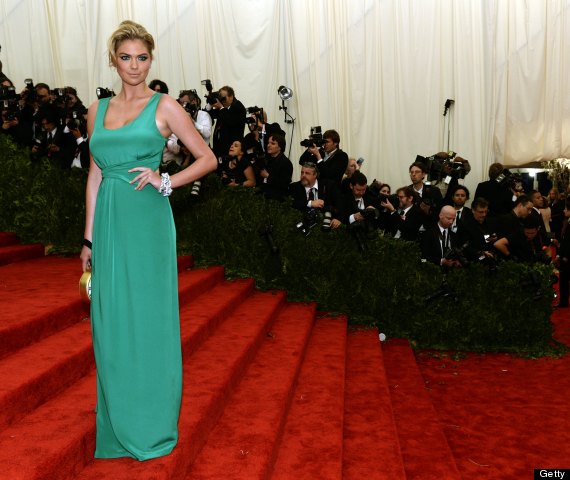 Kate Upton is all like "Everyone always likes me better with my clothes off anyway" in this pic. 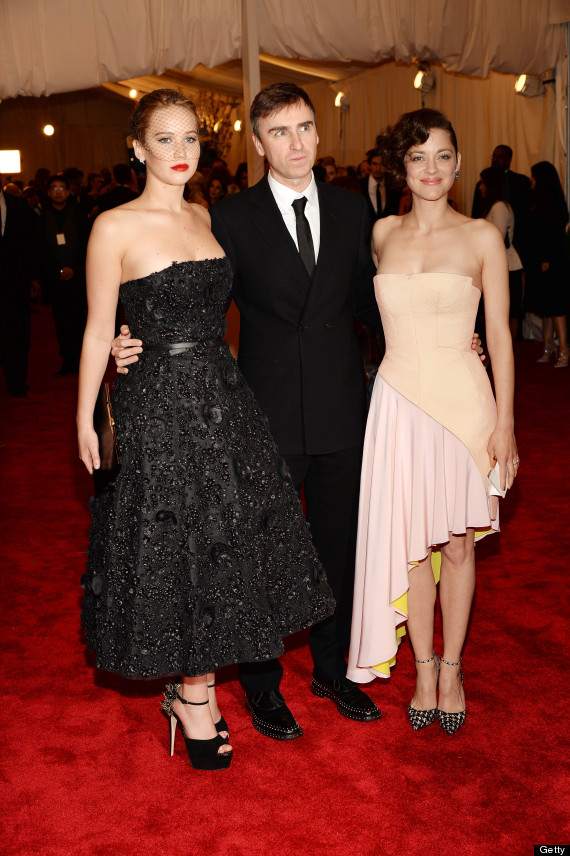 Jennifer Lawrence and Marion Cotillard bond over the fact that they didn't even try with their elegant smocks. 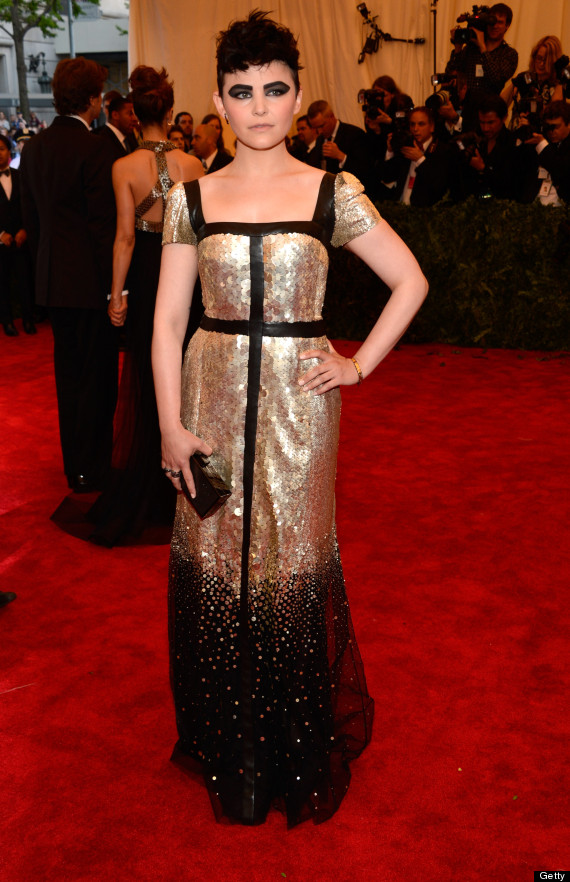 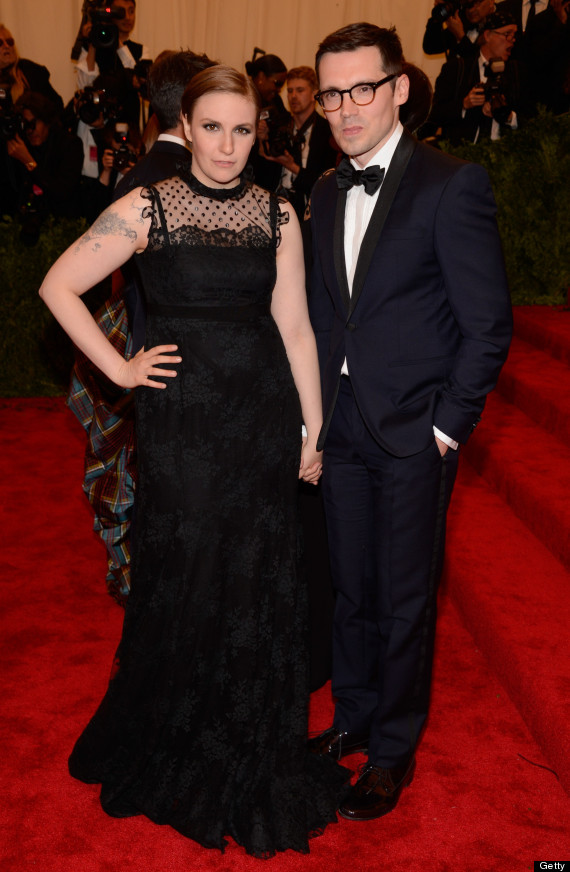 The "Girls" star chose to show her punk attitude via cutesy frilly top. Why? 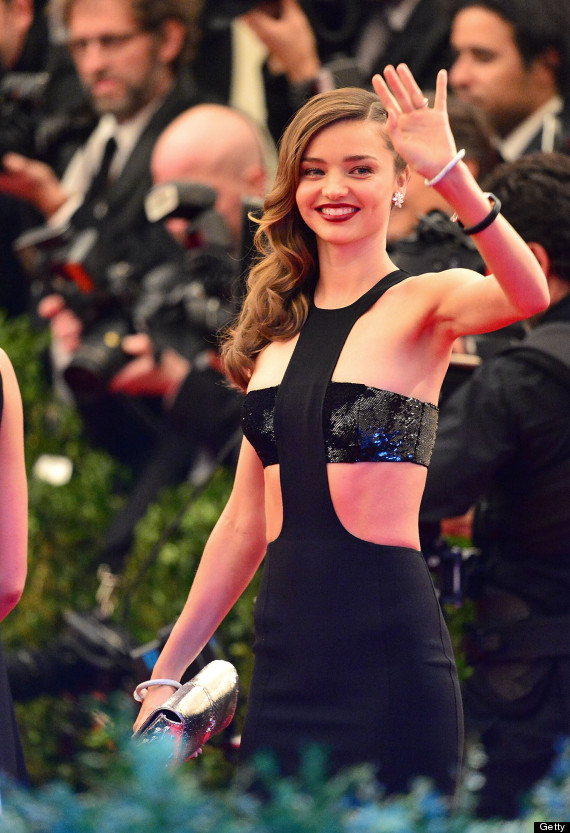 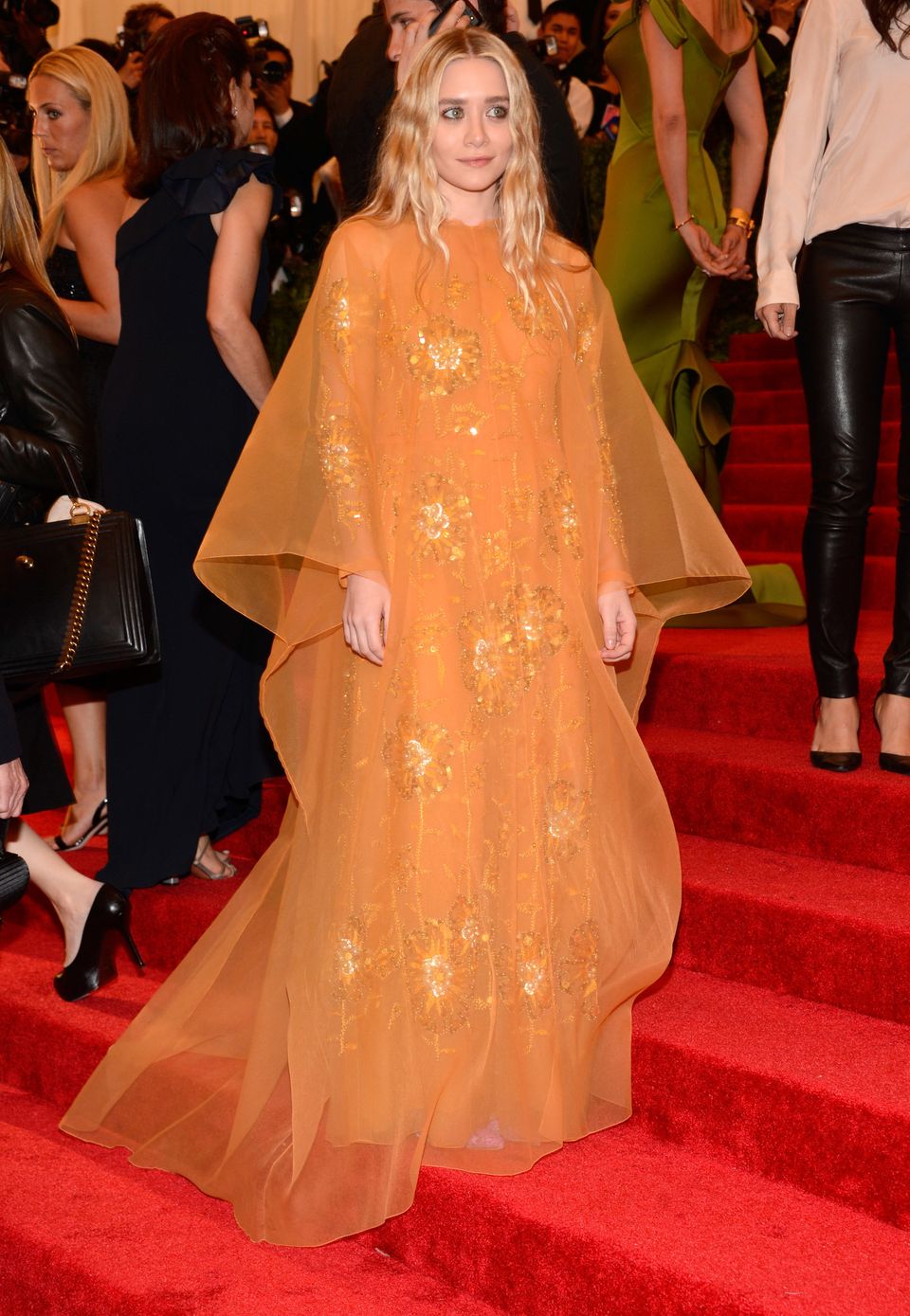