For this year’s POZ 100, POZ magazine asked individuals and organizations to nominate an HIV-positive person in their community who is an unsung hero in the fight against AIDS. The individuals on this year’s list may not consider themselves to be heroes, but POZ does. Each person -- in his or her own way -- is taking a brave stand against the virus. They are fighting back. They do so, not because they’re seeking glory or accolades, but because fighting back is a means to their survival.

This year’s list is made up of 100 HIV-positive people from around the country who are committed to ending the epidemic. And because they are living with the virus themselves, they often have a unique understanding of what needs to be done and how best to do it. They know what it’s like to be newly diagnosed and how it feels to deal with HIV-related stigma and discrimination. They understand the challenges of accessing care, treatment and support. They realize that by sharing their stories, they are not only inspiring others living with the virus, but also empowering themselves and the entire HIV community.

POZ magazine hopes that the people they spotlight on this year’s POZ 100 inspire you as much as they’ve inspired them. They have the power and the passion to effect change in the world. Meet some of the heroes featured in 2013 POZ 100 below. 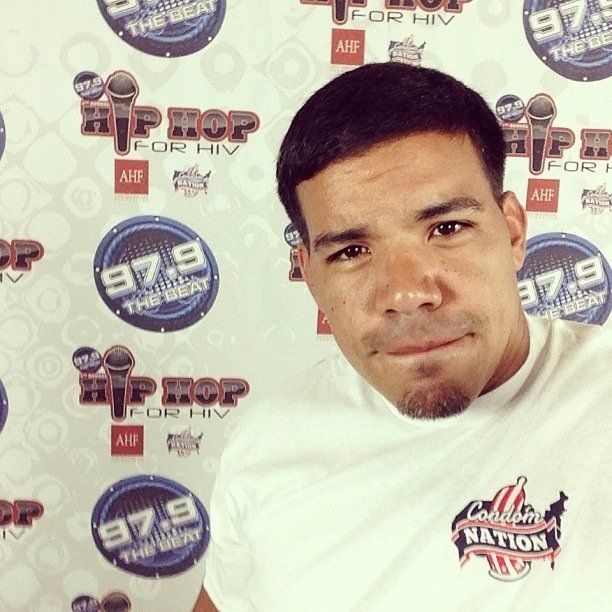 1 / 10
Marco Benjamin
Condom Nation Program Manager AIDS Healthcare Foundation Los Angeles, California Positive since 2008 After being diagnosed with HIV in 2008, Marco Benjamin became involved in AIDS activism by attending protests and demonstrations against drug pricing. He eventually quit his job at an architectural firm and was hired as contractor to mobilize individuals for the Keep the Promise March at last year’s International AIDS Conference in Washington, DC. Currently, Marco is the Condom Nation program manager at AIDS Healthcare Foundation and spends the better part of the year in an 18-wheeler truck going across the nation distributing condoms and educating others about safer sex. Last year the program visited 45 cities and gave away 5.5 million condoms.
Courtesy of POZ Magazine