Susan Cowsill, the singer-songwriter whose new CD "Lighthouse" has just been released, is 51, the same age Michael Jackson would be had he not died a year ago last Friday. Both were child stars in the late '60s and had abusive father/managers.

Cowsill, however, is a survivor - even if today she's famous only in her adopted hometown of New Orleans, where her "Crescent City Snow" became the unofficial anthem for Hurricane Katrina.

As the kid singer in The Cowsills, the prototype for TV's Partridge Family, she survived early fame and fortune that disappeared as fast as it came - as well as a sexually abusive father. She also made it through Katrina, even though her brother drowned in the storm and she lost almost everything, including all her family memorabilia dating back generations.

She's now fronting the Susan Cowsill Band, 44 years after she sang with her family, the Cowsills, and after decades first as a back-up singer and later with the '90s indie, almost-supergroup, the Continental Drifters.

"When I heard Michael died it broke my heart," she said via Video Skype from New Orleans last week. "I felt I should have helped him, like hung out with him or something." 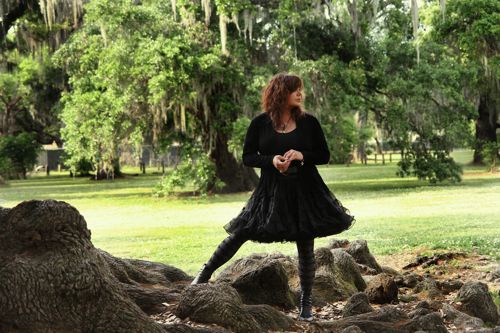 Like Michael, Susan got her start singing in her family's pop-rock band, which included her mom, when she was 7. Between 1967 and 1970, The Cowsills had million-selling top 10 hit singles like "Hair," "Indian Lake," "We Can Fly," and "The Rain, the Park and Other Things" (known as the "I Love the Flower Girl" song.)

The Cowsills were featured on the Ed Sullivan Show, headlined in Vegas, starred in a series of famous milk commercials and had their own primetime TV special in 1968. They sang the theme to Love American Style. A new documentary about the Cowsills called Family Band is scheduled for a fall release.

Like Joe Jackson, Susan's father Bud, a former Navy man, was the driving force behind his family's rise to stardom. Waddy Wachtel, the star session guitarist who worked with the Cowsills in the '60s and plays on Susan's new CD, once called him "a complete alcoholic monster."

Bud, who died in 1992, was violent with his six sons. He was also sexually abusive, according to Susan, the youngest in the family and only girl. 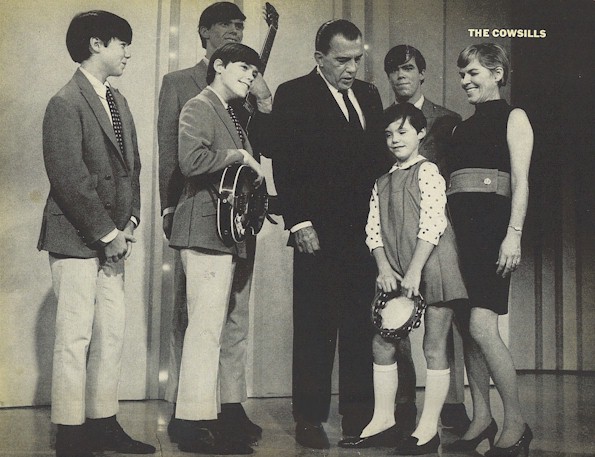 By the time Susan was 12, the Cowsills' stardom was over, their money was gone, and they were playing state fairs. That same year, Susan left her family's Newport, R.I. home to move in with her older brother, Paul, in California, to escape her father. At 14, she moved in with a boyfriend. She then got a multi-year solo record deal with Warner Bros. but the music never went anywhere and she became a back-up singer for other acts in her 20s.

In recent years she weathered a divorce, and then the death of two brothers, Bill and Barry amid the turmoil of Katrina.

Barry Cowsill, who battled alcoholism, drowned in the storm under mysterious circumstances that may have been suicide. News of Bill Cowsill's death from health problems including drug and alcohol abuse, came the day of Barry's funeral. Susan's first solo CD, "Just Believe It," was released right after Katrina as well and while well-reviewed, disappeared.

Cowsill starts a summer tour June 30 to support "Lighthouse," her second solo CD, a concept album about the losses in her life and finding her way home. Jackson Browne is among the artists singing back-up on the album.

She still performs occasionally with her remaining brothers (John is the drummer for the Beach Boys) as the Cowsills. They'll perform July 19 at the BB King Blues Club in New York.

"I was never going to let anyone rain on my parade," said Cowsill, who's now married to drummer Russ Broussard and has a daughter, Miranda, 16, with first husband Peter Holsapple.

"I know a lot of people who had it easier than I did and they're not happy. I wanted to enjoy life. I just made sure to get away from people like my father who were bad for me."

HUFFINGTON POST: Your new CD "Lighthouse" has a picture of you as a kid on the cover and your website has many photos of you as a little girl. How come?

SUSAN COWSILL: I'm very fond of that time in my life. I gained a lot of strength from my childhood, even if it had a lot of hardship. I try to stay connected to that little girl. It's all about staying strong.

HUFFPOST: Your brothers started the Cowsills without you and your mother. How did you get to be a member?

COWSILL: I was chomping at the bit to be in that band from the time I was 6. I drove everyone crazy until they included me. I closed myself in my room with my Monkees records and practiced. One day I was in. Mom, though, didn't want to be in the band. She wanted to sing at home in her kitchen. She was scared to death. That was all Dad's idea.

HUFFPOST: I was looking at old Youtube videos and I saw you doing a soft shoe routine with Buddy Ebsen on the Cowsills TV special. You weren't shy, were you?

COWSILL: When they told me I was going to do a dance routine with Jed Clampett, it didn't faze me. I'm more comfortable on stage than in real life. I had a blast.

HUFFPOST: Was there a downside to being a child performer?

COWSILL: Yeah, sometimes. We'd come off a four month tour and we had still had to rehearse every night at home. I wanted to watch Julia and Nanny and the Professor and ride bikes with my friends but I couldn't.

HUFFPOST: What was the situation with your father?

COWSILL: My dad was pretty abusive. His abuse had to do with him drinking. I left for good at 12. My brother Paul is my main man and he took me in.

HUFFPOST: Were your parents OK with you leaving home at 12?

COWSILL: My mom knew I'd be safer anywhere than I could possibly be at home. My dad was sexually abusive. My mother was like the eighth child and he had a lot of control over her. My dad had a lot of problems. They weren't my problems. My problem was to get big and strong enough to get away from him.

HUFFPOST: The Cowsills were pretty big - but not for long. Did you miss the fame?

COWSILL: Not really. What bothered me was that we weren't a family anymore. It was weirder to not be with the gang. I didn't care what we did as long as I could hang out with my brothers. That was the bummer.

HUFFPOST: Your brother Barry was bitter about what he felt was the stigma of having been in what people thought of as a bubblegum band. But you didn't feel the same way?

COWSILL: I loved my brother very much but Barry did a number on himself. I used to tell him, get over it. So we wore stupid-looking yellow pants on TV. We got caught up in the marketing of show business. I've had a career and nobody's ever mocked me for being a Cowsill.

HUFFPOST: You sang and banged a tambourine as a kid. When did you learn to play guitar?

COWSILL: My brothers wouldn't teach me to play the guitar! Vicki Peterson (of the Bangles) and I were both single in LA in 1990 and we found the Continental Drifters in a club. They were cute guys so we got up and started singing with them. They invited me to join because of my voice. We both joined in 1991 and it was awesome. It was like being in a family band again. They encouraged me to learn the guitar. I was 30!

HUFFPOST: What made you finally create your own band in 2002 and step out front?

COWSILL: I grew up with my brother Bill as the leader and I liked being off to the side. But I knew I had to stand up and be counted, take my gift and do something with it. I'm not a Bible thumper but music is a spiritual thing to me. It's how I saved myself.

HUFFPOST: You lost your brother and all your household belongings in the storm. What's been the lasting impact of Katrina?

COWSILL: It was a ginormous drag and still is. But Katrina is my muse and metaphor for my life. Yes all these terrible things can happen but you can still be a happy person. Think there are a lot of sad people out there who don't realize that. Happiness is not for everyone.

HUFFPOST: Your new CD was released right around the time of the BP oil spill.

COWSILL: Yes, I like to time all my records around natural disasters. After Katrina we were too busy trying to stay alive and we couldn't promote "Just Believe It." That won't happen with "Lighthouse." If you cut your teeth on Katrina, nothing's going to waylay you in the future. This is a good time for music of faith, hope and survival.

HUFFPOST: Last question: I hear you have a soft spot for Mother Partridge.

COWSILL: Shirley Jones is a great person. She once hosted a benefit for Bill. After my mom died in 1985, I had a dream that Shirley Jones adopted me. How twisted is that?